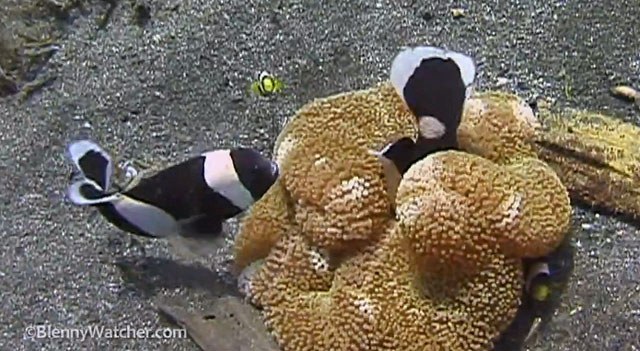 Clownfish hides from jacks in this amusing video.

In July 2004, Anna and Ned DeLoach were diving off North Sulawesi, Indonesia, watching squid mating and laying eggs in the seagrass beds when they encountered this amusing scene.

The video shows a group of saddleback clownfish (Amphiprion polymnus) hovering around their carpet anemone when a group of jacks decides to investigate and intimidate them. Anna and Ned mused that the jacks almost looked like they were teasing the clownfish. The clownfish were not amused.  One clown could not completely take cover inside the anemone, so instead it buried its head in the anemone with its tail sticking out.