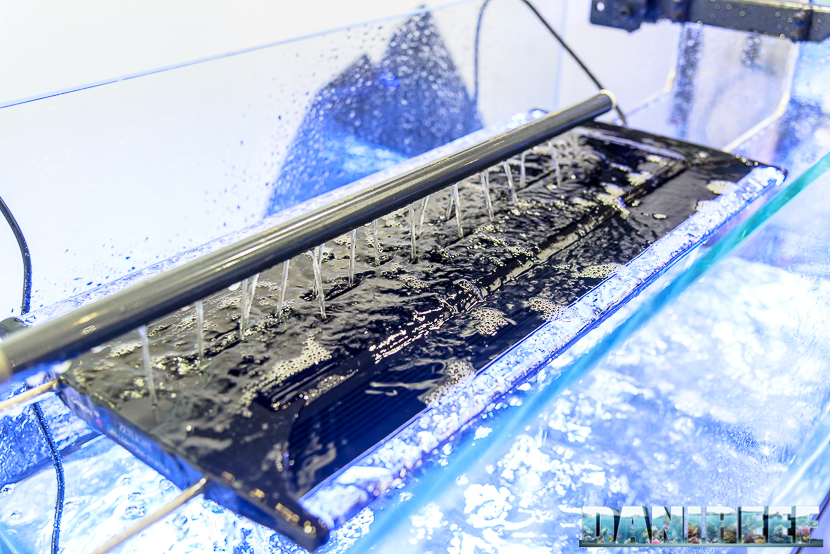 This opening picture is sensational, I admit. And certainly the new Zetlight ZT6500, ZT6600, and ZT6800 should not be used like this!

The new series of three ceiling lights come in three levels of increasing power, from 80 to 210 watt, with each light longer than the last. Especially designed for the marine world, with a strong peak on the blue spectrum, these ceiling lights are the newest offering from Zetlight. Suggested for soft corals, LPS, and less-demanding SPS, the company does not recommend this ceiling light for Acroporas.

The most interesting feature of this ceiling light is the fact that it is  IP67 certified, which means that it is completely protected from water splashes, even abundant, as you can see in the opening picture. 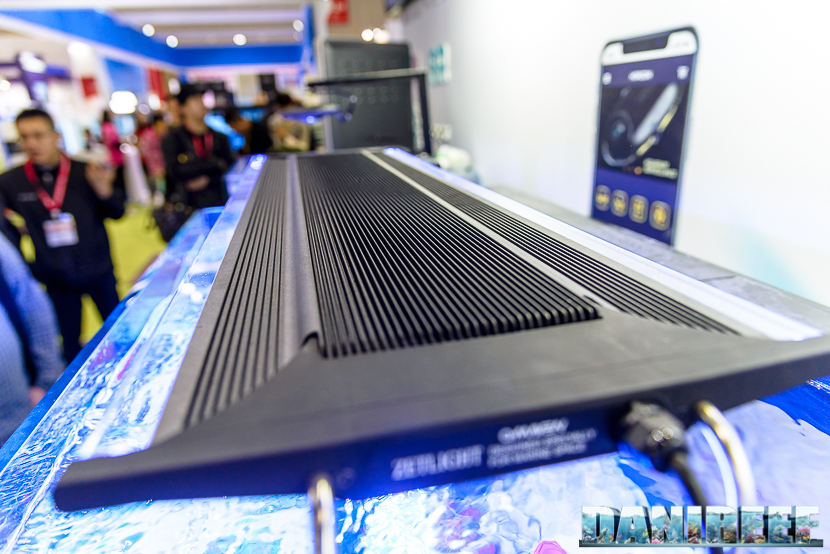 The ceiling light has a very traditional look, thin, with a passive cooling system through dissipating wings. Of course it is not submersible, since it’s only IP67 and not IP68, but it can certainly withstand occasional accidental contact with our aquariums’ water. 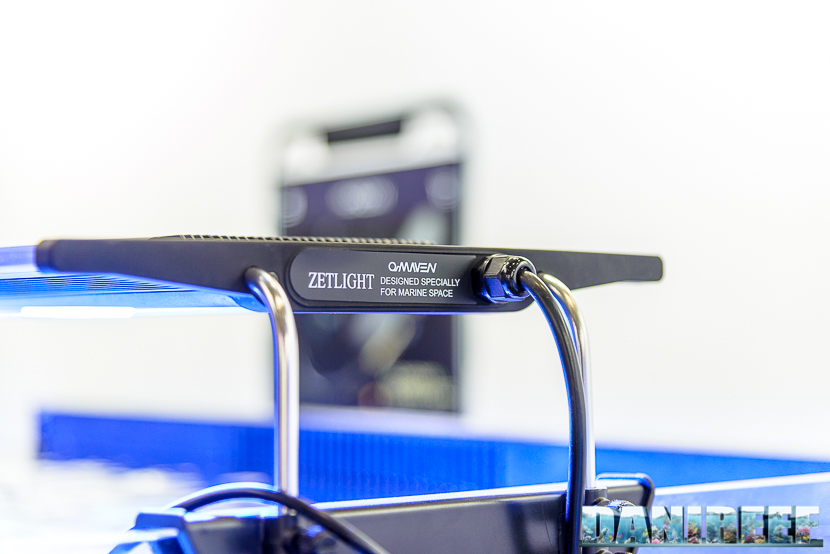 The extendable lateral brackets allow a great flexibility when it comes to fitting over an aquarium, as they cover, in the large version, an extra 15 cm beyond the length of the ceiling light for each side, and 10 cm in the two smaller ones.

The LED selection is a full spectrum approach, with a significant number of different low-power LEDs, as you can see in the following chart:

As we can see, there is a significant amount of low-power LEDs, and their allocation leads to a predominance of the blue-violet channel, about 69% of the total. 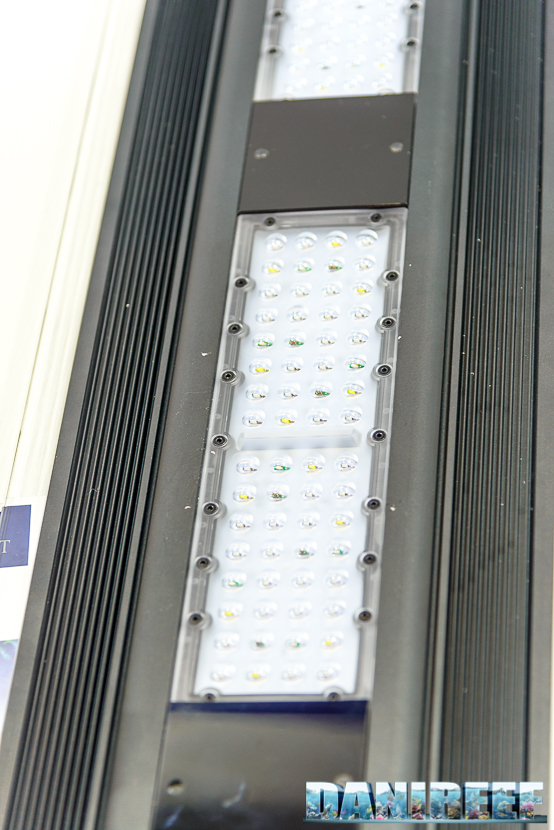 One interesting thing is the fact that the company uses different lenses on different LEDs, some LEDs have 60° lenses, others 90°, to provide optimal light penetration. 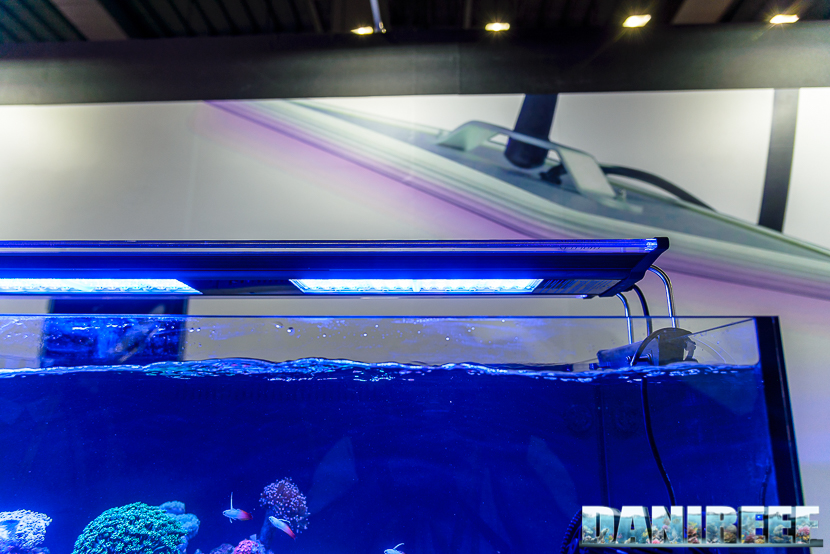 As you can see, the LEDs themselves are clustered into giant rectangles.

To provide strong illumination, which is necessary for SPS corals, we simply need to place, side by side, more than one of these ceiling lights. In this way we can obtain a stronger light and penetration, and better coverage. 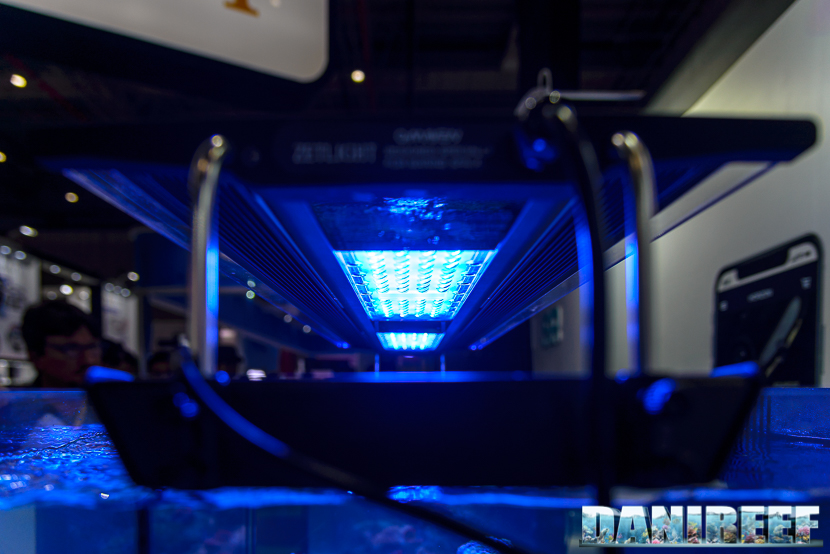 We really like that these ceiling lights can fit many different tank sizes. Because they are reasonably powerful, to keep SPS corals we just have to place two or more side by side. And because they are IP67, they safeguard us even from profuse water splashes.

What do you think about them?

For further information about Zetlight, you can follow the link below to their official website. We’ve also provided you with the link to our editorial about CIPS 2017.