Cooling liquid used is fresh mixed saltwater with enough iodine to color it a light amber. This helps to disinfect cuts as they?re made which has shown to greatly increase frag survival.

All corals are stored during cutting in a small bucket holding water taken directly from their home aquarium. This water is used both to keep them wet as well as for rinsing any flesh away from cuts while I?m working on them.

All finished, and rinsed, frags or trimmed colonies are soaked in Seachem Reef Plus to insure that minimal flesh is lost.

Alveopora grows in thick branches which makes them possible to split and create double the pieces to grow out. I begin alveopora cuts by cutting of all branches, then splitting them before cutting them into smaller pieces to be glued to plugs.

Alveopora should be fragged with caution! Their skeleton may appear dense, but they are actually made up of tiny slivers. When cutting with tools that may throw waste material, be sure to cover all skin.

Learned that one the hard way!

I?m sure you would probably be better off if you could devise a way to miss all the polyps when cutting alveopora, but they still fair really well even if cut in half. For this reason, I make strait cuts and grow out the half heads later. 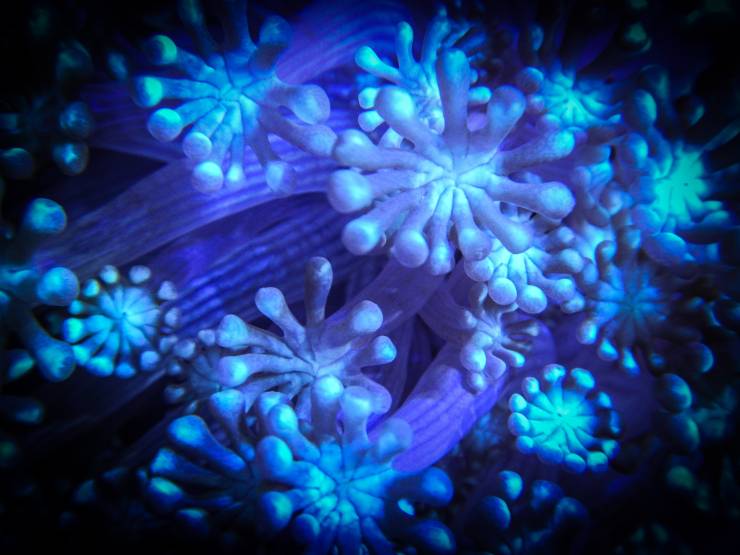 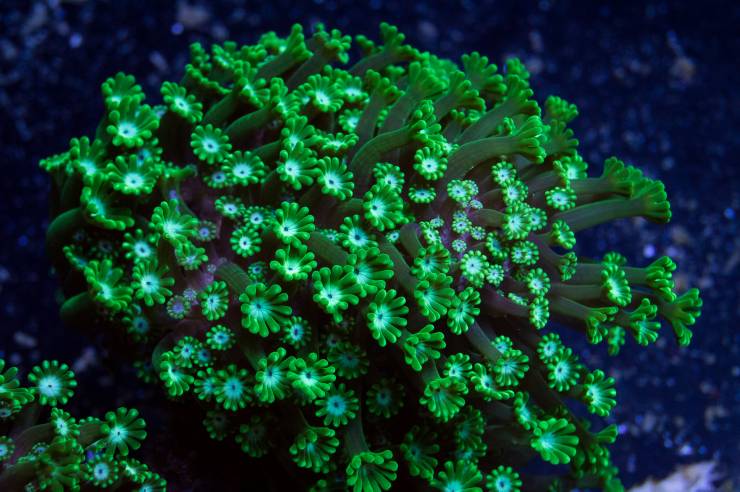 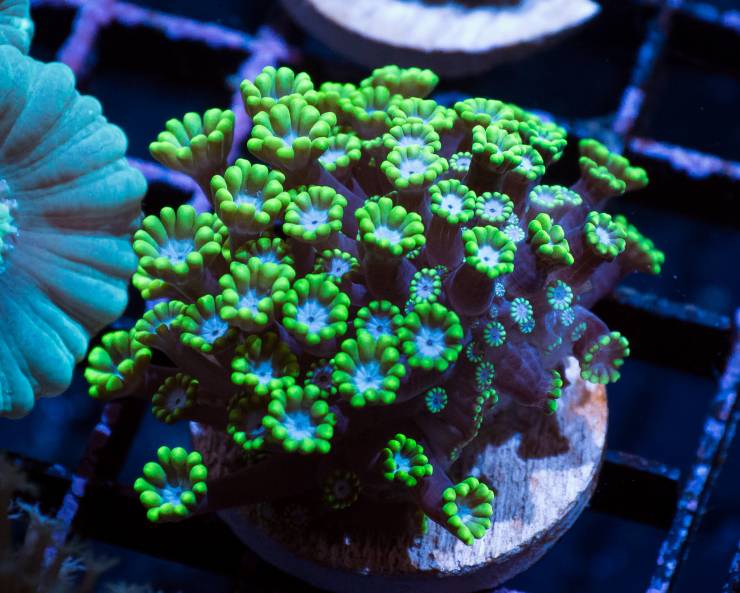 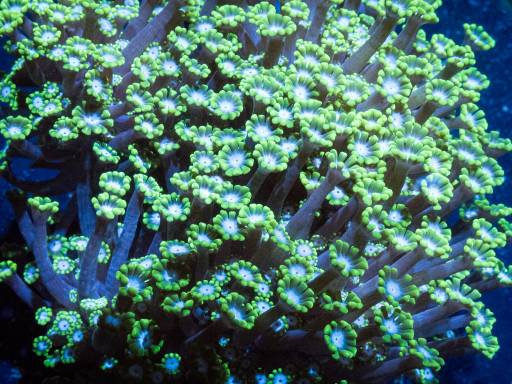