Too much phytoplankton, a bloom!

Hi all, well here's an interesting problem. I grew phytoplankton in my 20 gallon tub, had too much of it so I threw a few gallons of dense green water into my tank, thinking the skimmer and the oyster would clear it up. Nope. It grew in even more. Needless to say the water is getting opaque, light transmission, I think I can see about 12 inches onto it. Ok so I'm going clam ming this week and will throw in a dozen to help clear it up. Until then I turned off my lights last week, which reduced it, but lost a frag in the rack, so I'm not going to do that again. The skimmer doesn't seem effective, so I'm tweeting that also. Until the clams arrive, I realized I need to increase my lights to penatrate to the corals. Instead of reducing to elimimate the phyto. I forget my college marine biology, but there was this black and white pattern disk we use to thow into the water to measure cloudiness. If I can see 12 inches in, how much light is reaching the coral? Assume I'm currently set at 50% and the light is now being scattered or diffused, not blocked.
Thanks.

I would think corals would be okay with diminished light for a few days vs mass killing of the phyto causing who knows what. I’m guessing that letting it slowly diminish might be your best bet. Making rapid changes is never a good idea

I would not add the clams. They may not be able to handle the warm tank temperature. All you need is for one to die and the situation gets worse.

Visibility is down to 6 inches now, as murky as Jamaica Bay. I went for a little snorkaling and picked up a basket ball size sponge, and orange feather duster worm rock. The worm rocks were quite large, fulling encrusting the pilons under the A subway train bridge, in the back ground of the photo. I would've taken a bigger piece, but there were too many little anemones on them. Tomorrow off to Oak Beach for clams. I've kept clams in the past with no problems. The mussels (pulled off the marina) I brought back last week however were dying, so I cracked them open for the hermit crabs to eat. They need cold water. These sponges likely need cool water also, I'm at 75F and will try to keep it there with AC and my fan. 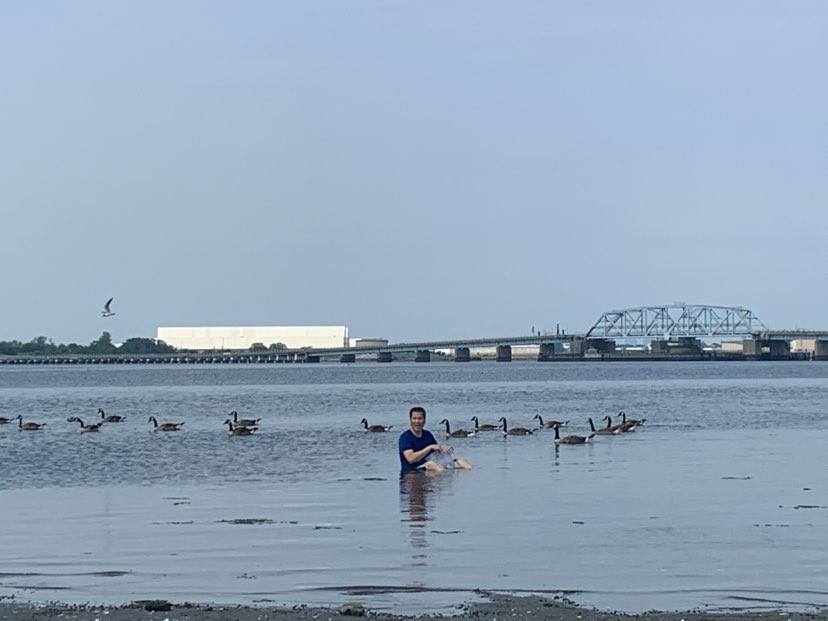 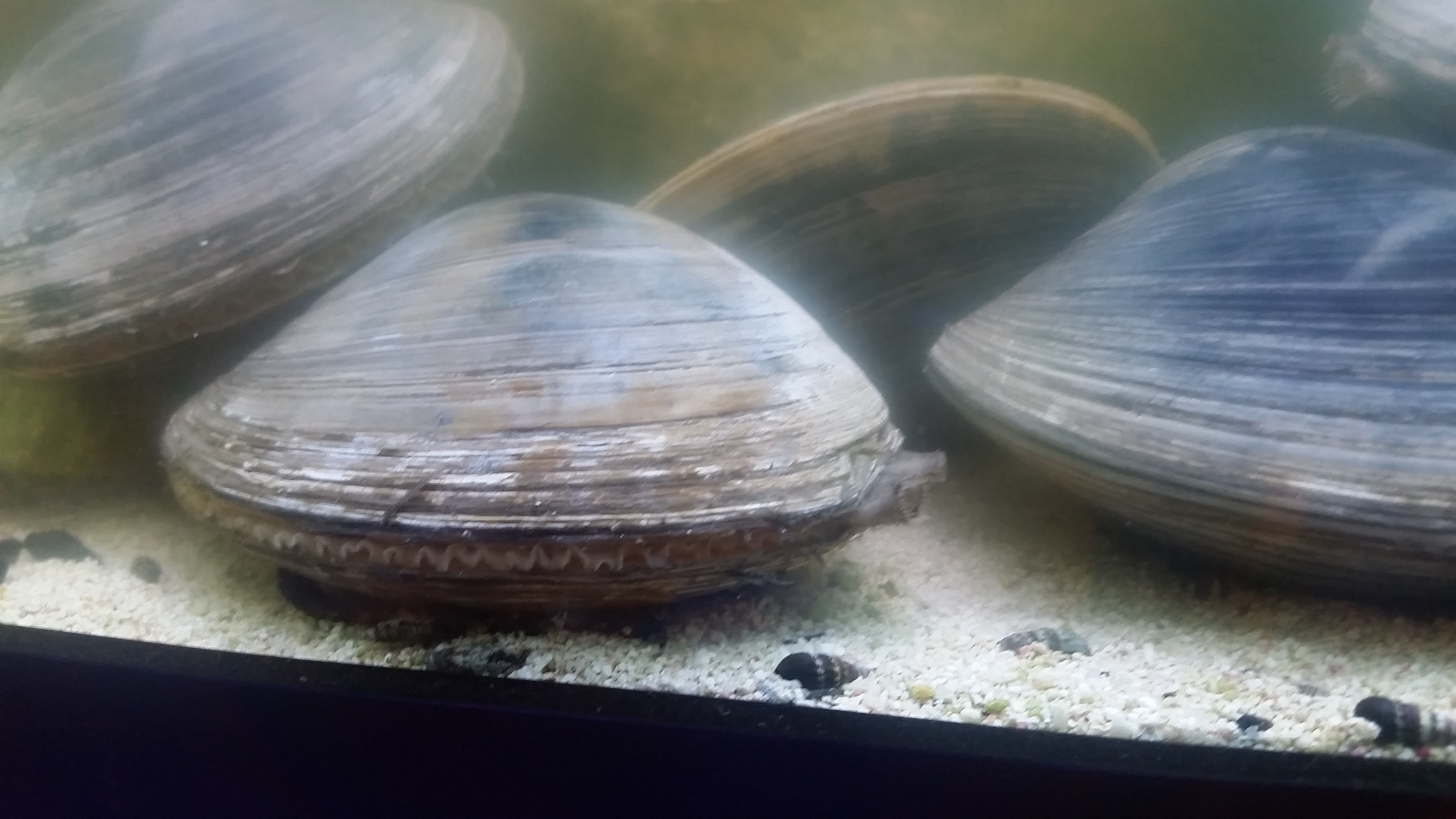 Took a couple of hours, but clam ming was a success. A dozen of these should clear up the water, the rest of the bucket will get baked. Lol, these clams are only 50 cents or $1 at the supermarket.

Maybe some copepods or rotifers could help consume that...

After a few days of observation, this 4 inch clam, doesn't seem to be filtering the "50 gallons of water a day" that I read online. If so 1 clam should filter my system every 2 days, so the 20 that I have in there should have cleared up my tank in days right? Anyway, yes it's feeding and pooping out green string. But I wonder if they are worth the effort, when my skimmer is taking out 1/3 gallon of rich skimmate a day. Heh. Also added 2 small Atlantic sea cucumbers, which are filter feeders, and they poop out a fine white string.
I guess I will be eating the clams in 2 weeks, if they don't get the job done.
What appears to be happening, is the mussel die off last week, enriched my water and the phytoplankton is feeding off that, in addition to the bloom beforehand. My algae scrubber is still growing at full capacity and i can tell when it grows faster or slower, and the mussels made it grow faster, and the phytoplankton richer. Any way, I may go back to the dark cycle, which should kill phytoplankton off within a few days, considering they only live that long. The only good thing about this is all my hair algae appears to be gone, my snails and urchins are probably going to starve out. Ricordea are doing well, SPS frags will have to be replaced. Pic of clam siphoning, and green string waste. 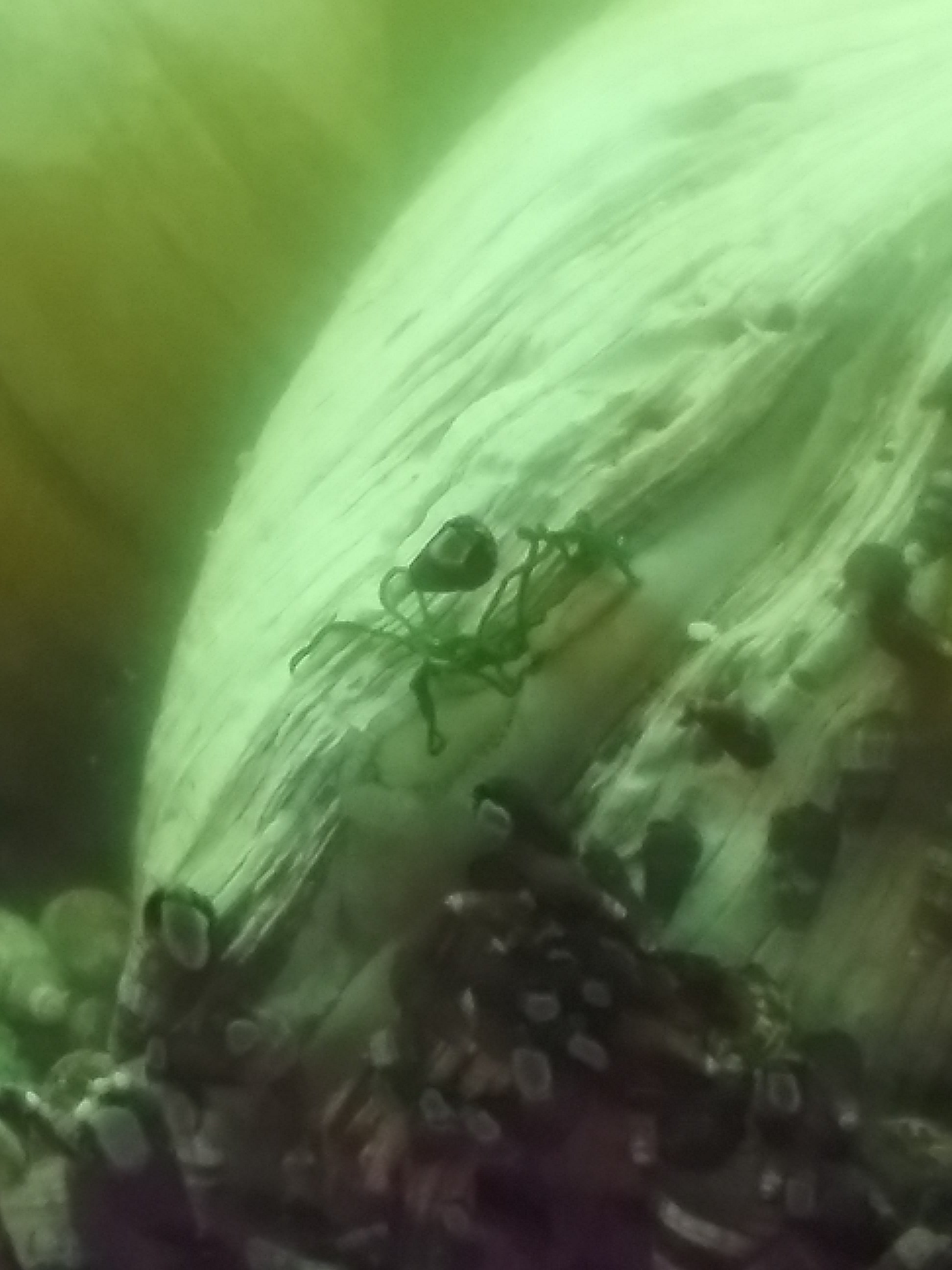 Rating - 0%
0   0   0
Try a few water changes over the next week or so, itll help temporarily cut down on some green until you get it in control. Also try adding a small uv steralizer

You can’t eat those clsms

Turn off the lights and add carbon, you may have also added to much at once to see clear water they also

get a maxima ...I tried those in my sump and most don’t last long without tides

Heh, Whispers, I've been clamming from the south side for years, should be pretty clean. I've been fighting others for the clams on the beach, staking out my own territory.

So 1 of 18 clams died on day 2, which probably was dead on the way back from the beach. Bad luck, since I couldn't see it directly, but saw a piece of clam meat drifting in the tank. The oranges sponges died out within a week. (also likely didn't make the transport back, due to the highway heat) That one clam event added more waste than the whole experiment was worth. So, I went on vacation, and had a total black out for 5 days, with little effect. Most of my SPS frags have died out now. The clams are consuming the green water, but the skimmer is taking MUCH more of it out than the clams can. Not even on the same scale of phytoplankton removal. So this experiment is ending. Added algacide (dino X) which is already having an effect and the clarity improved from 3 inches to 6 inches, over the past 2 days. I' have to get this under control before my clean up crew dies out, and my algae scrubber back online.

On a side, note, I did use carbon in both the main tank and in the separate phyto grow rubbermaid container, and the carbon cleared the rubbermaid out. Darn that dead clam, just too much biomass. If my set up was smaller, I would've done a 90% water change and been done with.