Red Sea Pulsing Xenia- $10 per frag
These are the pink variant of pulsing Xenia. They pulse best under the lowest flow but can tolerate being directly under a power head if you don’t mind them losing their pulsing motion. Grow fast, very hardy. I use them in my sump refugium to filter out nutrients from the water. Larger frag rocks are available as well.
Video: https://youtube.com/shorts/kqqDO15bM98?feature=share


TG Amber Sea Fan Gorgonian- $15/$20
Originally sourced from Tidal Gardens, this Gorgonian does best under moderate to intense flow and moderate to intense light. Under lower flow it appreciates being blown off once a week with a turkey baster, but under higher flow it’s a set-it and forget-it coral. Doesn’t need to be fed, but regular feedings will have the coral growing new branches rapidly. I have several frags available and can cut more fresh if desired. Images of the frags and then of the mother colony.
Large frag 3”- $20
Small frag 2”- $15
Small frag #2 (Many 1-2” branches)- $15
Video: https://youtube.com/shorts/_zqsZG-KtHA?feature=share


Corky Sea Fingers (Briareum Asbestinum)- $15
This coral changes color based on water temperature and season. In summer/warming water it is more white in the polyps and a deeper purple. During winter it is more pink in base and polyp color. It does very well with even crashing flow and grows similar to GSP in a matting growth, but then sends up long fingers from its encrusted mat. I’ve cut one of these smaller fingers for fragging and it will likely start to encrust before it goes further vertical again. Does well under low light all the way to intense LED hotspots. Not as much of a plague growth-wise as GSP, and much larger polyps than most GSP. Currently playing nice with two Montipora varieties and an encrusting sponge.
Frag: Two parent colonies:

JF Captain Jerk Palythoa- $20 (<$1 per polyp)
This is a palythoa which grows quite nicely even under relative shading. I don’t know what other people are selling them for, but I feel like most everyone has these in the local area at this point. Mainly trying to get rid of two 3” diameter colonies which my clownfish love too much and I need to coax them back to a location where I can see them. It’s been since August I’ve been able to see the clowns outside of feeding time and it’s pretty annoying how much they love these hairy polyps. Good starter Zoa for a new tank, they should survive just about any punishment you give them and keep growing.
Both frags on identical 3” diameter smooth stones:


WWC Pandora Zoas- $3 per polyp
Attractive but a bit faster growing than some other zoanthids (slower than JF Captain Jerk Palys). These grow fast at the bottom and the top of my tank, but faster under higher light. Larger polyp zoanthid growth form. I have a frag plug with some polyps on it, selling for however many polyps are attached (at least 5 polyps). 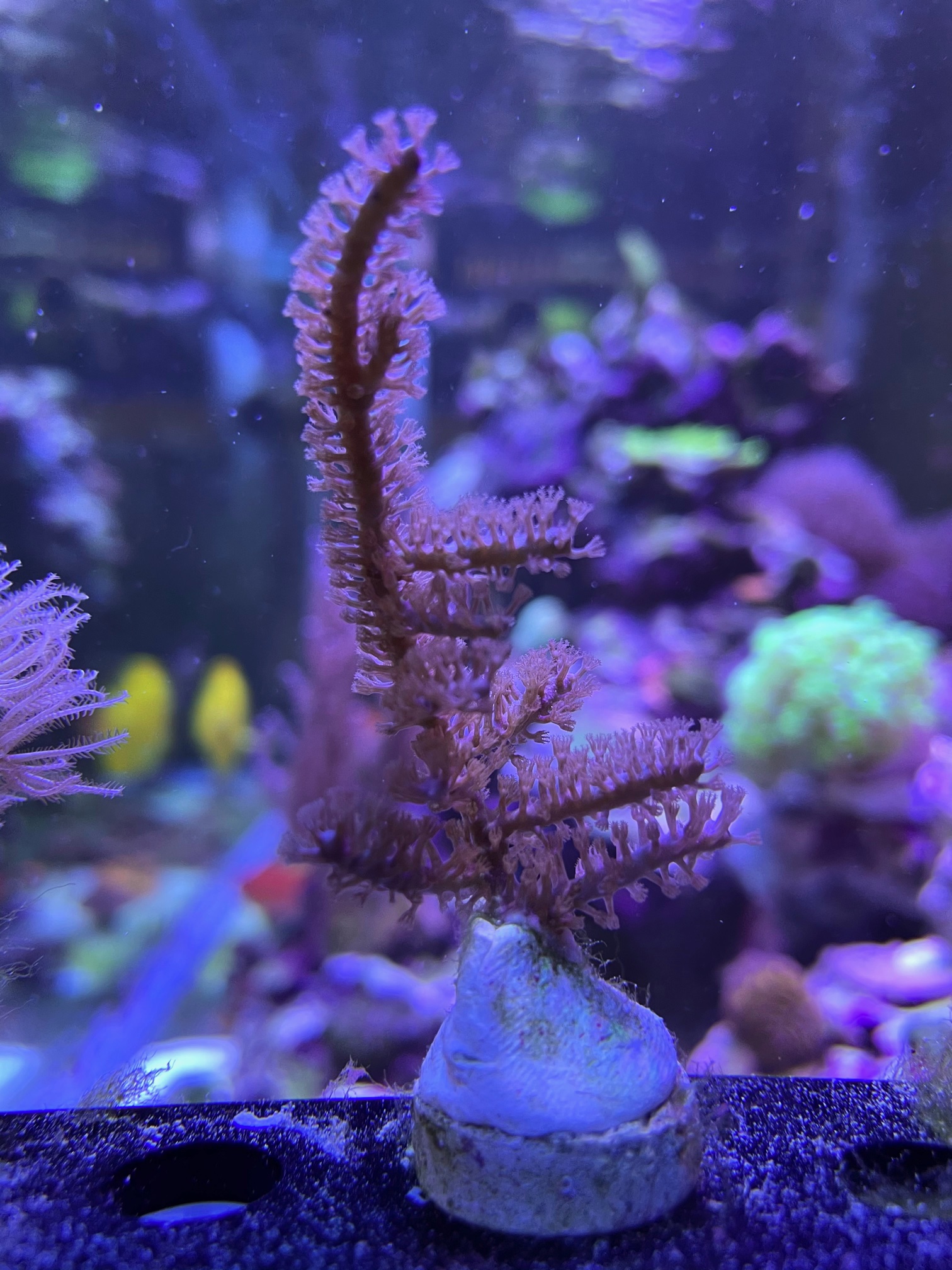 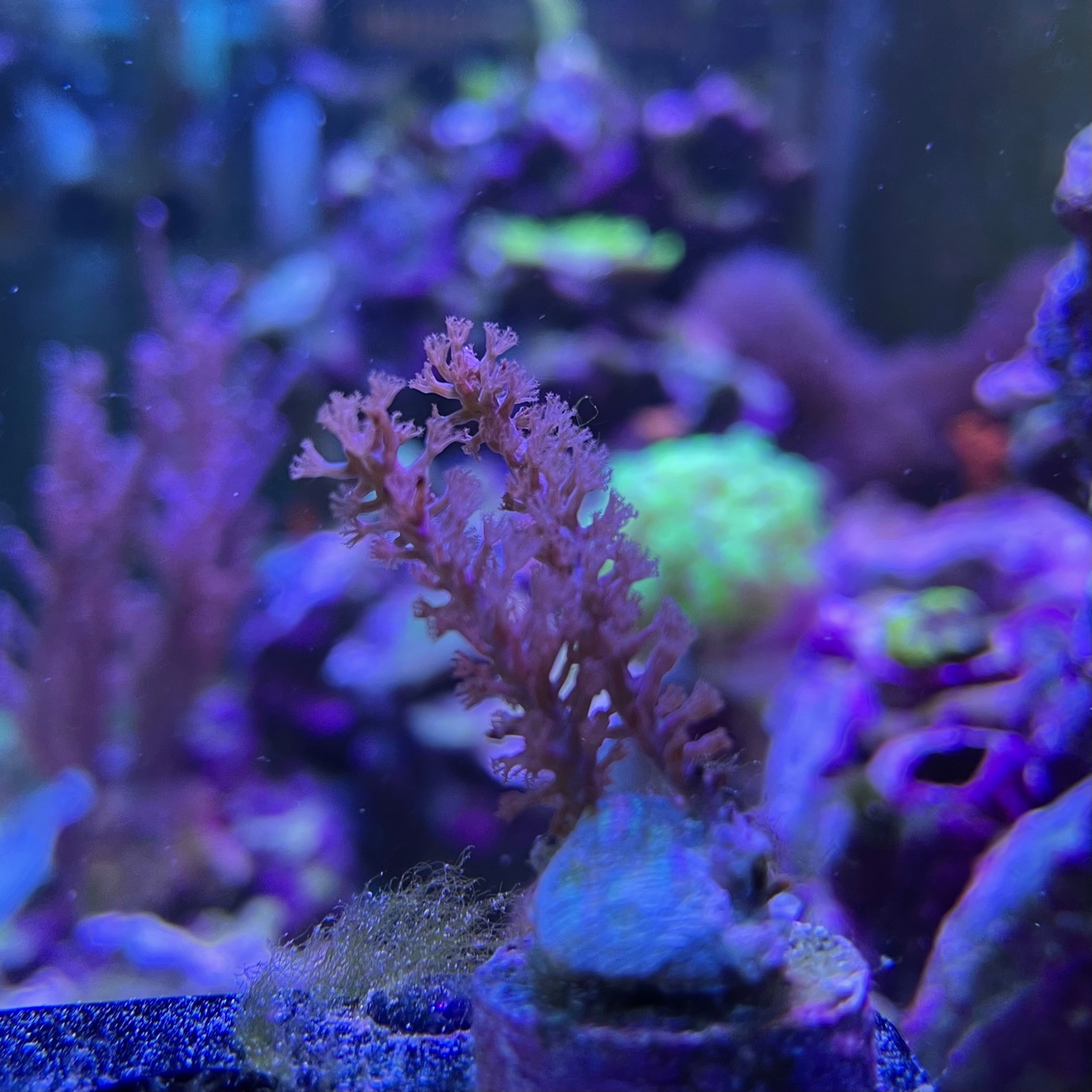 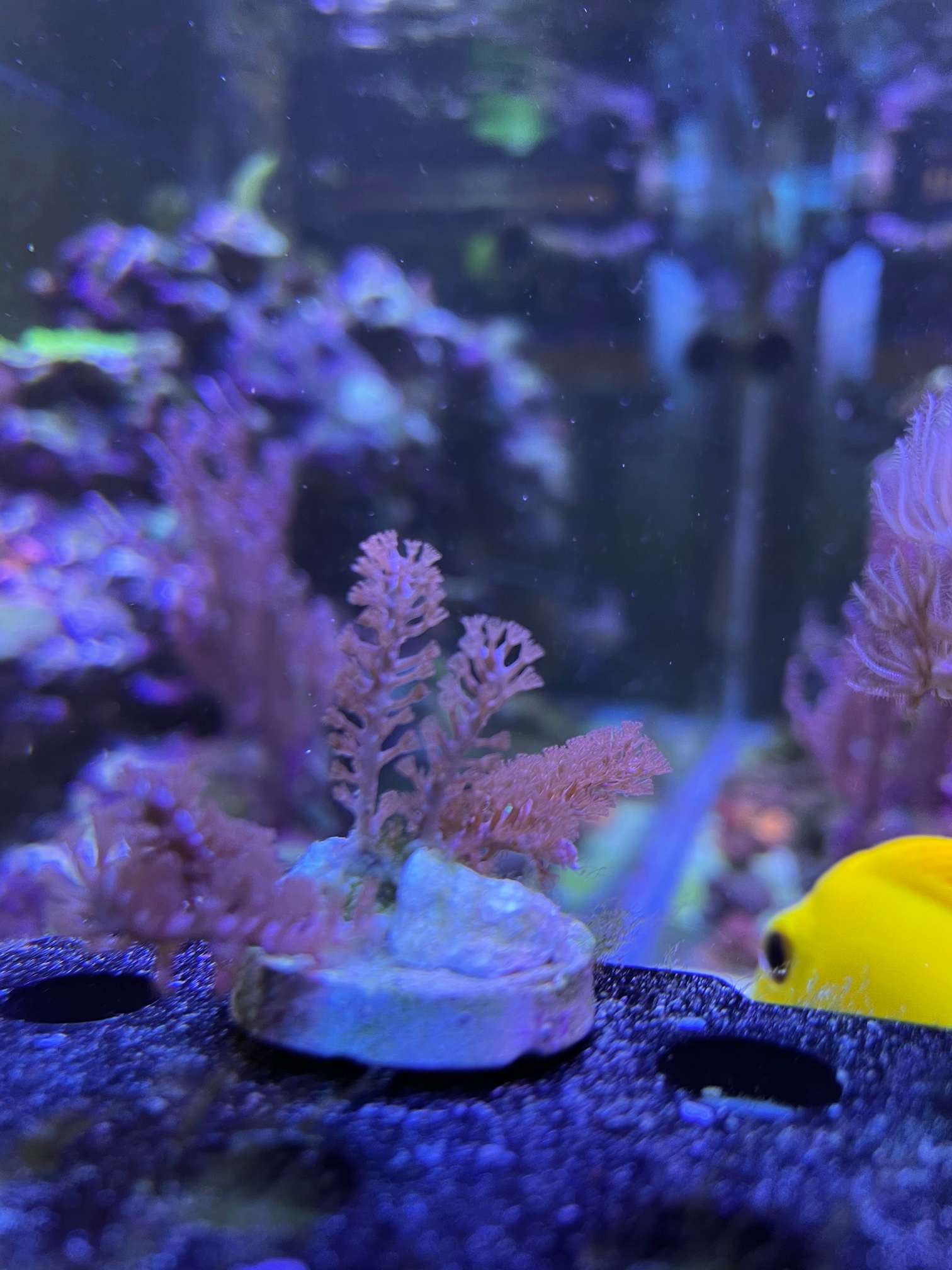 This is actually 2x the mass of the other small frag but due to the shape I priced them the same.
K

Corky Sea Fingers Frag ($15)
Has grown since the original videos were taken, here it is today: 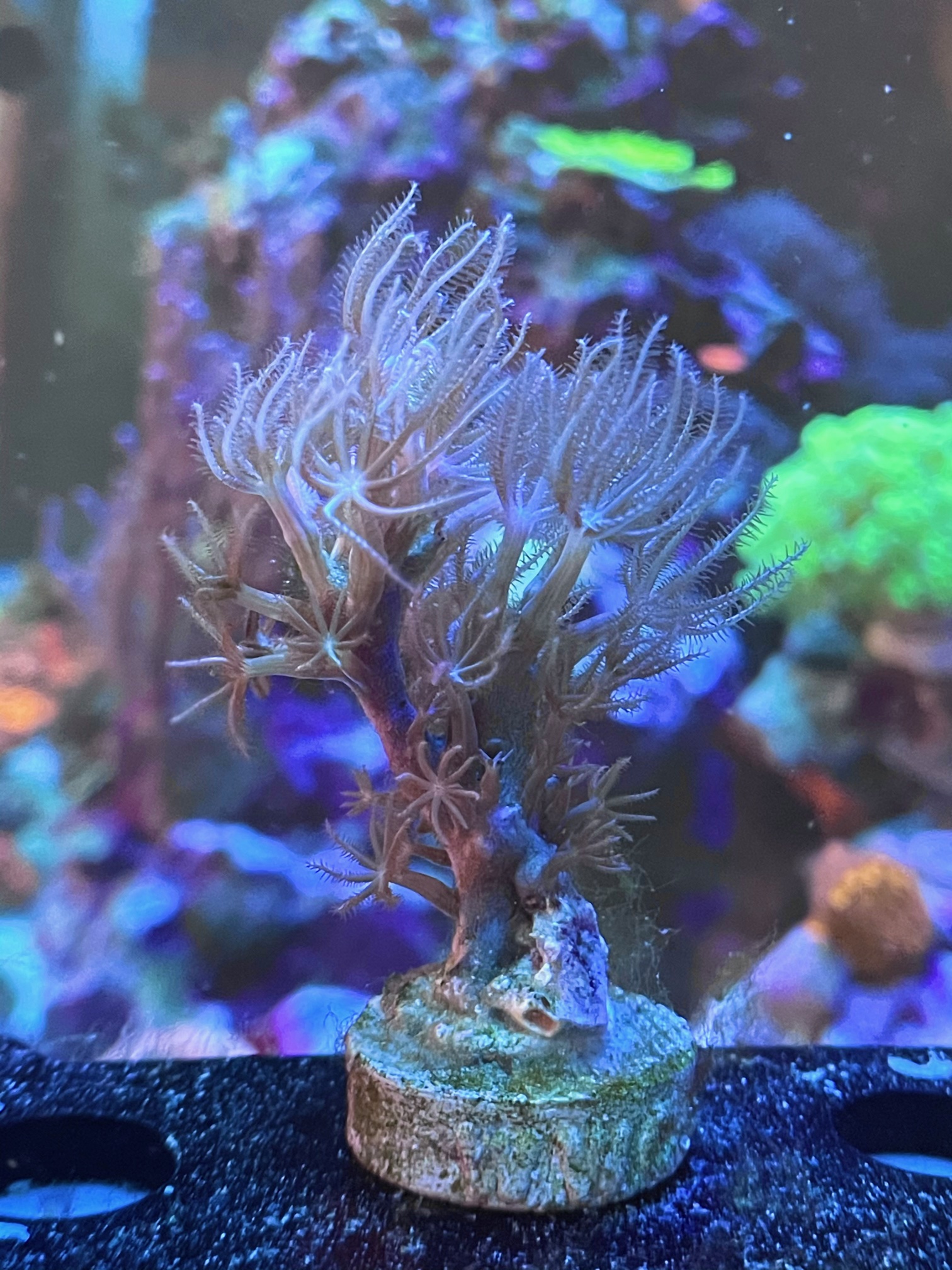 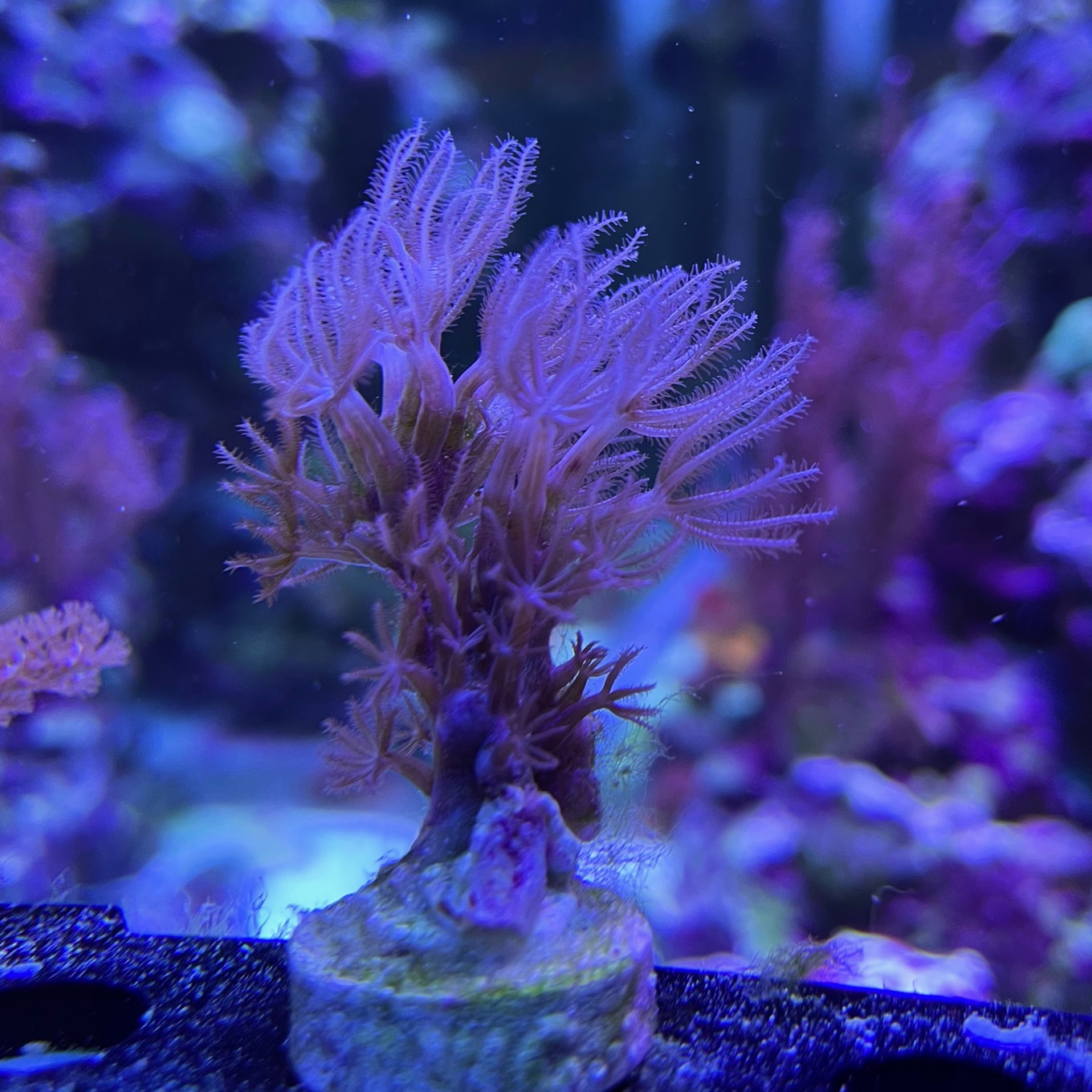 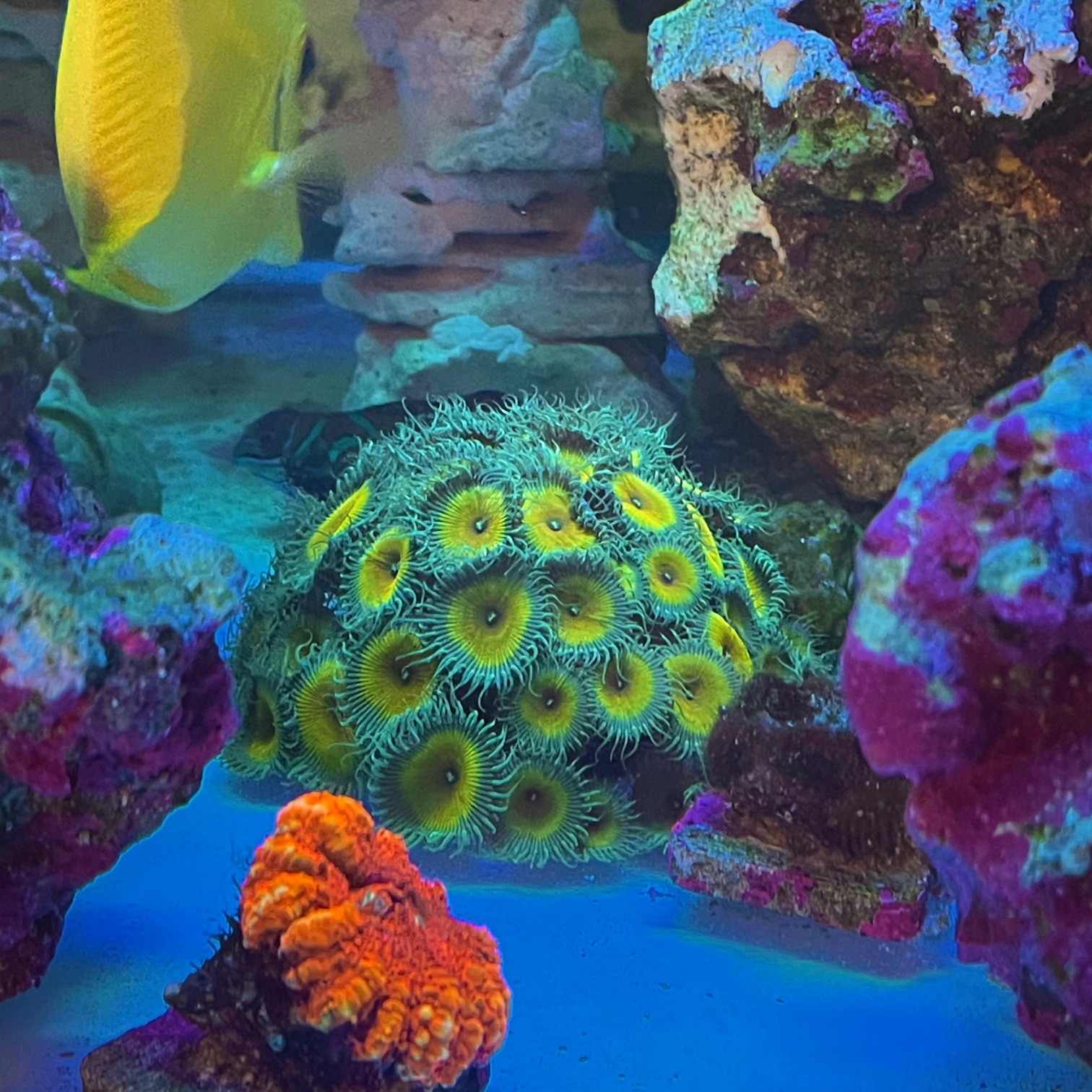 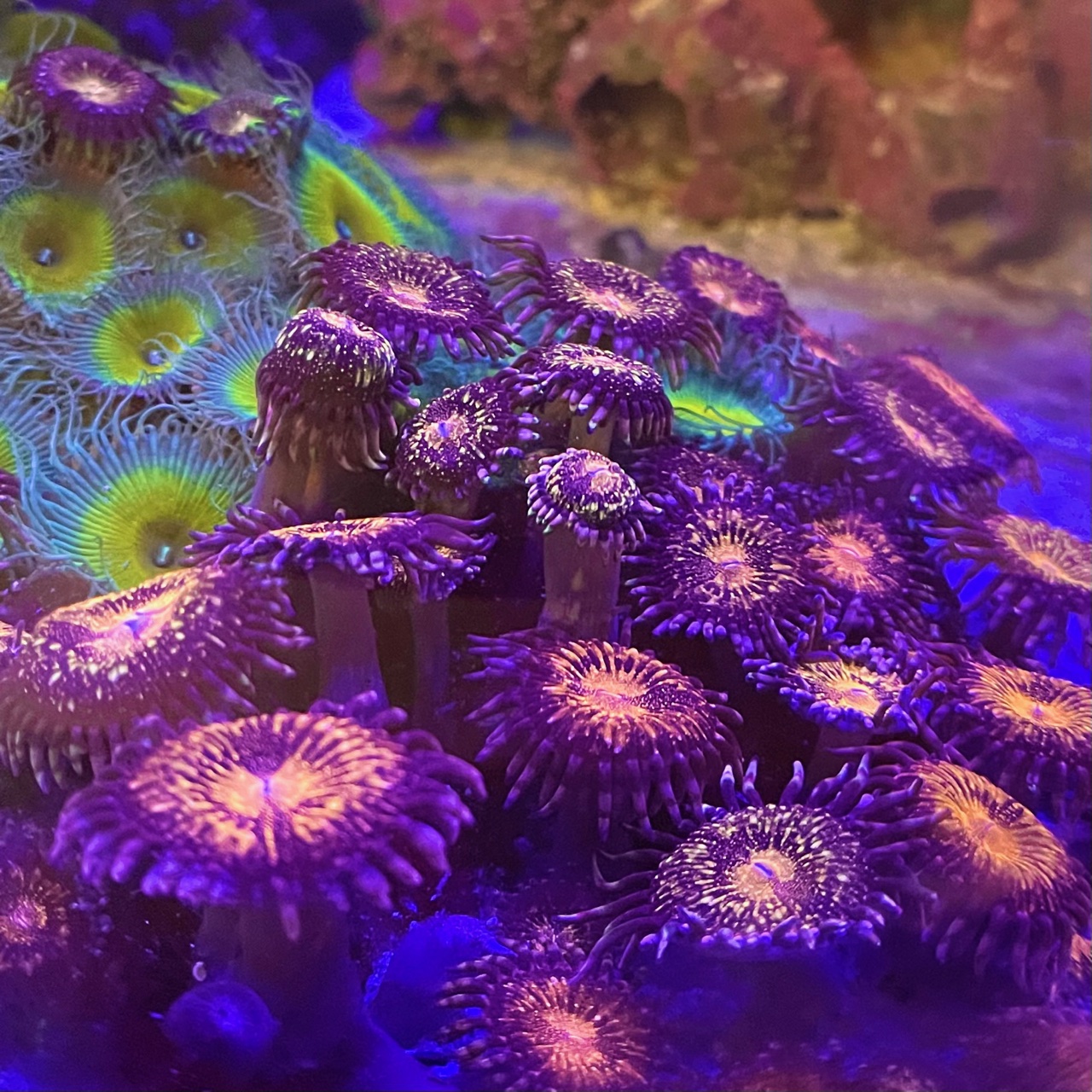 All of these are available again in larger sizes for the same prices, with the exception being the corky sea fingers (I can definitely cut more, just don't have any frags currently put together). All the amber sea fan gorgonian frags available now have encrusted over the frag putty and were all cut 2-3 months ago.

Pulsing Xenia (Red Sea) is available at any size/amount for $1 per stalk. I'm at the point where I'm throwing it out of the fuge like chaeto, so I could fill a bag with 15 stalks no problem. A stalk is the section which attach to the substrate, containing roughly 15-30 pulsing polyps per stalk.