Today we salute Irving Colburn: inventor of the process for making glass 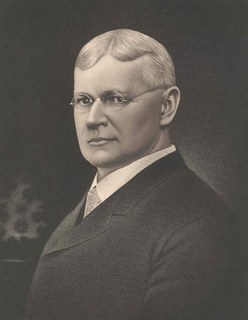 
In 1899, Irving Colburn began experimenting with making flat sheets of glass that eventually led to patents on the process. After an unsuccessful business venture attempting to commercialize the technology, he sold the patents to Toledo Glass in Toledo, Ohio where he continued to develop the process. On November 25, 1913 the first successful run of the equipment heralded in a new age in glass working.  The University of Toledo Library has a much more detailed article about it here.

In a salute to Irving, let’s look back at a few aquariums featured in Advanced Aquarist:

The following 75 gallon aquarium is the creation of Kyle Verry and is the next iteration of his Volcano Tank that he tore down in late 2010 to create this new tank design.  The tank is rimless, measures 48″ x 24″ x 12″, and the main feature of the tank is a central raised “basin” of rock that appears to be fed water from a submerged aquarium pump.

When designing this aquarium, Sonny had openness and negative space as the top priority. This aesthetically looks better, and allows for a more natural and pleasant display. All too often reefers are quick to stack massive amounts of rock and corals into an aquarium.

Take a look at this uniquely designed reef aquarium. This is a tank shape you don’t see every day! It’s a bi-level tank with a deep section on the right side that affords some uniquely designed aquascaping possibilities.

Two islands sink below sea due to coral mining

First round of 2011 Lionfish Derby catches over 500 specimens