Just over one month ago I took on the opportunity to receive, set up and review the Gen 2 BioBubble Animal Habitat. During that time I asked for and received a the optional 10K LED designed to seat in the spot where the usual cap does. Has 30+ days changed my view of this unit? Read on inside to find out what I think today.

One month past, I was eager to get this unit up and running. I was ecstatic to get the opportunity to have a nano sized tank right on my desk. Today my feelings have changed slightly.

I don’t like to be that guy who rips on a product much less have some minor negatives to report. More so in this case because in the beginning I had the opportunity to chat with Brad Stoetz of BioBubble Pets and already felt bad for the company after reading completely heinous reviews posted elsewhere on the WWW.

I’d like to reiterate that I’ve only used this habitat as a nano saltwater aquarium. As such this is a very nice unit if the consumer would only like to keep a small fish and (or) some inverts. This is what the equipment I am reviewing has become. Currently there are only a few Hermit Crabs, Micro Featherdusters, a couple mini Brittle Starfish and a couple snails. Without a heater the temperature of the water is completely dependent on the ambient temperature of the air. This in itself limits the type of life that a person should ethically keep within the dome.

Flow and lighting are the other two limiting issues I’ve discovered with this system. The flow inside the aquarium is no where near enough to keep even NPS corals. I have been hesitant to try and add a small 4 head Sun Coral frag because there just isn’t adequate flow, including the time when the filter pad is fresh and the air is adjusted to full open. 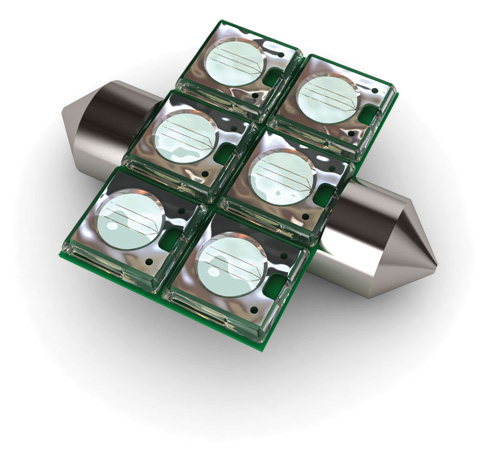 Recently BioBubble Pets developed a few LED lighting systems that sit in the space the units normal cap would be or the light itself can be integrated into your existing cap by simply popping the center section of the cap out and inserting the light, lens and switch. Having the bubble lit up with cool LED light in the 10K range is definitely aesthetically appealing but that is as far as this light will take the tank.

BioBubble Pets makes no claims about their LED lighting systems other than giving the consumer the ability to add “spectacular” effects inside the aquarium by mixing the various colored LED’s. I can say that lighting up the bubble with the 10k version LED I received did a world of wonder improving the looks of the aquarium itself.

Thankfully the original battery operated design was scrapped and instead a 9 VDC  power supply is used to drive the LED’s.

My final issue with this system is the smell that comes from it. If you’ve ever disturbed the anaerobic area of a DSB or walked across a marsh and sank into the black mud, you will know exactly the smell I am writing about. I can only assume that the smell is leached from the folded bellows. This area becomes colonized by nitrifying bacteria but with no or little flow, anaerobic conditions are achieved. This may be good for denitrification but it does not smell nice.

Water changes do little to lessen the odor. New carbon infused pads would make it at least tolerable but the size of the pad only allows minimal absorbtion.

So to recap the end of my review.

I still feel that it is a great concept and wouldn’t discourage anyone from buying the kit but caution that hopes should not be up to high, because of the limits created by the current design. I’d also like to remind that this review covers only using the BioBubble as a saltwater aquarium. The results would most likely be different if the habitat is set up to keep freshwater, non-tropical fish. I can see there is more room for improvement and hope that BioBubble Pets isn’t finished tweeking this unique design.