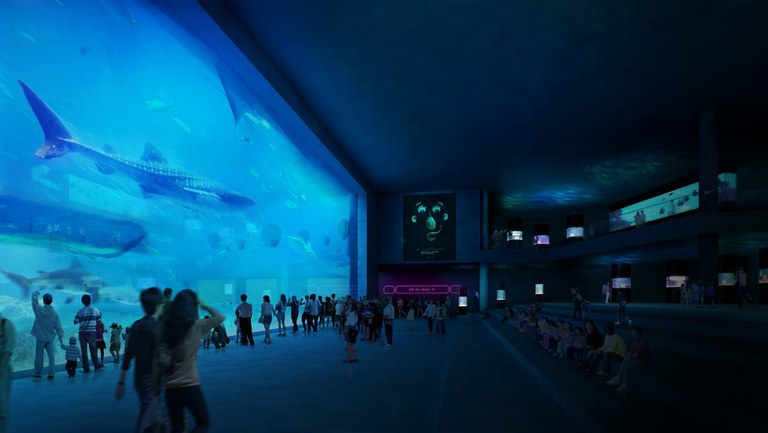 
Many of us know about the gigantic whale shark tank at Okinawa Churaumi Aquarium.  (If not, scroll to the bottom of a previous Advanced Aquarist article to watch a breathtaking video of their main tank).  The aquarium’s viewing panel is a single massive continuous acrylic panel spanning 22.5 x 8.2 meters (74 x 27 ft).  Huge, right?

(In case anyone is wondering, the Georgia Aquarium is still the world’s largest aquarium at 25,000 tons)

Besides the 6,000 ton main saltwater exhibit, Aqua Planet Jeju will feature many other fresh and saltwater displays including a walk-through aquarium tunnel. We have no word on Aqua Planet Jeju’s stocking plans for their main tank, although we suspect they will also exhibit crowd-pleasing whale sharks like Okinawa.  But imagine if the curators turned it into a massive coral reef display, complete with whale sharks and manta rays to please the crowd.  One can dream …