Thraustochytrids, the coral symbiont everyone should know. Part 1

By Justin Credabel 8 years ago 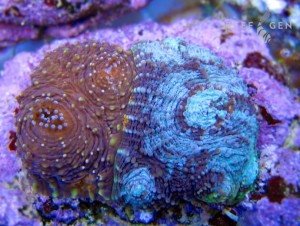 There has been an overlooked yet vitally important organism living in our reef aquariums. I’d like to introduce to the hobby a group of very important critters they have been unknowingly growing for years. I will be writing a series of post exploring these interesting and important protists.

We all know that coral have symbiotic organisms that live inside them. The collection of organisms including the coral is known as the holobiont, a dynamic community of bacteria, algae, fungi, and other microorganisms. We are very familiar with zooxanthellae, the dinoflagellate algae, which help provide much of the coral’s nutrients in the case of photosynthetic coral. However we have been neglecting another important symbiont, the fungus like group of protists called Thraustochytrids from the family Thraustochytriidae. There are symbiotic, commensal, and parasitic species, for the purposes of this, and following posts, I will be talking about commensal and symbiotic species.

These organisms are found in various environments worldwide, including oceans and estuaries. They perform vital nutrient cycling functions in sediments, and in, on, and around organisms such as coral. It was long thought these protists were some type of fungi, however more recent studies have shown they are genetically distinct from fungi, and are now grouped in with chromists, which include kelp, mildew, and diatoms. Thraustochytrids tend to like a more nutrient poor environment in culture as compared to some other microorganisms, which may indicate their needs in the natural environments, and our home aquariums.

Thraustochytrids were found to be early settling organisms (within days). Studies showed that surfaces, which had Thraustos present were more readily colonized by barnacles. Perhaps along with certain bacterial biofilms and coralline algae, coral larvae may settle more readily on surfaces where certain species of Thraustos are present. This could have potential applications in reef restoration.

In future posts I will explore more exciting features of the exciting Thraustochytrids.