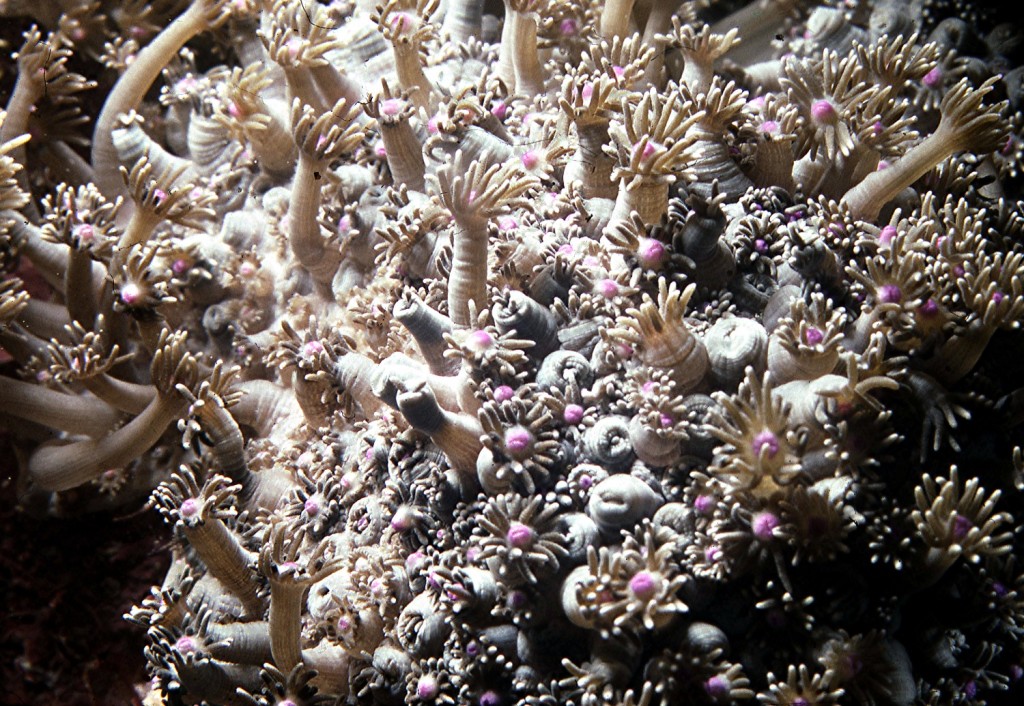 Some Goniopora photographed on Yap

Instead of Peter, Peter, Pumpkin-Eater, the phrase about Mantas entered my laughingly limited lexicon in the spring of 1991 when a few folks I knew, and a larger bunch that I didn’t, took a diving trip to Micronesia. Of course, I went along to look at the invertebrates, but I suspect most of the people were there to see various fish, and for most of those folks, the bigger the fish, the better.  On most of the fish-watching trips, a couple of us spent most of our diving time ignoring the fish in the water column for the bottom-dwelling creatures, much to our delight.  And, I must say, also much to the delight of the fish watchers as we “bottom grubbers” weren’t in the way.  Goniopora and Manta alfredi both eat plankton, but the coral has better lipstick. Often these fish watching trips involved going to one of the many sites where, during the proper phase of the tidal cycle, the ebbing MORE: Manta, Manta, Plankton Eater

Feed Like A Geek. Your Reef Will LOVE You For It!