By Heidi dM 7 years ago2 Comments 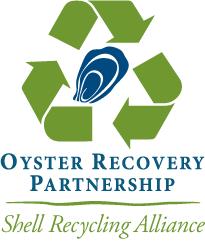 We’ve all been bombarded with “REDUCE REUSE RECYCLE” but that slogan is usually connected to paper, plastic, and cans.  Now there are people who are recycling a natural resource in its original state…sea shells.

For generations, used oyster shells were used to build roads and driveways, and in housing construction, but now there’s another use for these seemingly ugly shells.  Natural oyster shell is the best material on which to raise new oysters and restore oyster reefs. 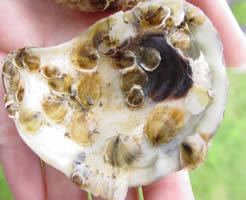 Oyster shells provide a scaffold for young oysters (spat) to settle on and grow.  The shells can be placed on the bottom of the sea in areas with a natural supply of spat or in tanks with spat so that the young ‘spat-on-shell’ can be transferred to the estuaries in restoration programs. 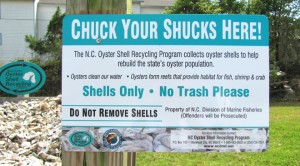 Oysters and the reefs that they form provide vital functions in estuaries. They filter water, removing pollutants, sediment and excess algae; and they help control shoreline erosion (their shape helps reduce wave energy).  As oyster shell accumulates and builds up into hard sponge-like reefs, they also provide habitat for other marine animals including fish, shrimp, crab, eels, starfish, mussels, and many other marine species.

Given the shortage of shell, groups like the Oyster Recovery Partnership in the Chesapeake Bay area have developed shell recycling programmes to save this natural resource. 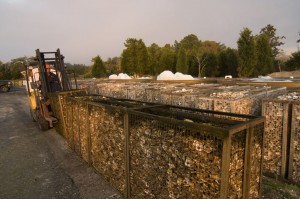 Hundreds of restaurants, caterers, and seafood wholesalers are already a part of such recycling programmes, but more are always welcome.  What can you do as an individual?  Well, if you eat out or buy seafood then consider supporting the businesses that are members (see http://www.oysterrecovery.org for a list of members in the Chesapeake Bay area) and receive a tax credit in Maryland for recycling your shells!  Other states have also taken to this idea so take a look, maybe your state has a recycling program that you can contribute toward:

When scouring the web, I found a program in New Zealand (http://www.stuff.co.nz/southland-times/business/7028872/Discarded-oyster-shells-start-new-life) too.  So whether you’re in South Africa, Australia, Europe or Asia, Google it, you may have a program near you!