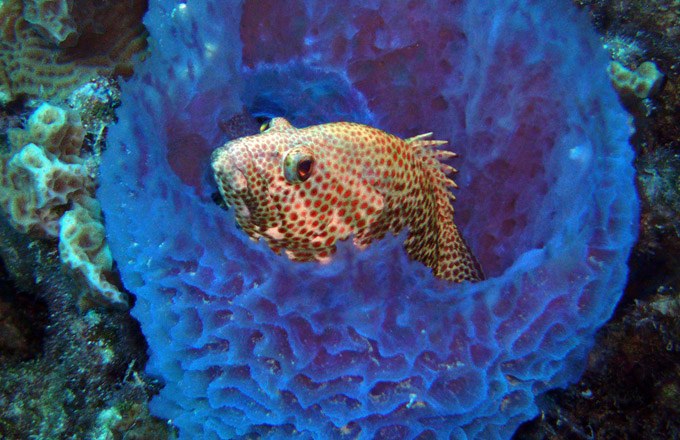 
Researcher Dr Jacob Johansen said that fish rely on swimming for almost all activities necessary for survival, including hunting for food and finding mates.

“However, global warming may reduce the swimming ability of many fish species, and have major impacts on their ability to grow and reproduce,” he said.

Dr Johansen said that research aimed at understanding the impact of global warming on the commercially important fish species, coral trout, revealed that increasing ocean temperatures may cause large fish to become lethargic, spending more time resting on the bottom and less time swimming in search for food or reproductive opportunities.

He said that the study he and his colleagues had undertaken showed that even when individuals do muster up enough energy to swim around, they swim at much slower rate. This lower activity is likely to directly impact their ability to catch food, or visit spawning sites.

“The loss of swimming performance and reduced ability to maintain important activities, like moving to a spawning site to reproduce, could have major implications for the future distribution and abundance of these species,” Dr Johansen said.

Professor Morgan Pratchett said that the changes to activity patterns and swimming speeds “may directly influence where we will find these species in the future and how many we are able to fish sustainably”.

But all is not lost, Dr Johansen said, as there was some evidence that coral trout may be able to adapt to increasing temperatures.

“Populations from the northern region of the Great Barrier Reef were a little better than southern populations at tolerating these conditions,” he said.

“Coral trout is one of the most important fisheries in the South-East Pacific. If we want to keep this fishery in the future, it is critical that we understand how global warming may impact the species.”

“This will allow us to develop management plans that will help to keep the species, and its fisheries, healthy”.

The research team, which comprises Dr Vanessa Messmer, Dr Darren Coker, and Dr Andrew Hoey, along with Professor Pratchett and Dr Johansen, are planning further experiments to clarify the ability of coral trout to adapt to the rapid changes caused by global warming or if they may be forced to relocate to cooler more southerly waters.

via ARC Centre of Excellence in Coral Reef Studies

Reef Crabs: Not Someone Who Complains About The Holidays!