A new study from the University of Georgia is helping us better understand the role symbiotic algae plays in bleaching events that occur on reefs throughout the world. Published in the journal Limnology and Oceanography the study created a minute-by-minute timeline which detailed a bleaching event in the Caribbean. Lead author Dustin Kemp took hundreds of coral samples of Orbicella, the Caribbean’s largest reef building species. From areas both bleached and not bleached Kemp’s samples showed three different types of algae within the coral skeleton, and with his samples he was able to construct a timeline of algae occupancy within the colony.”We were able to follow this coral at a very high precision and document how diverse assemblages of symbiotic algae are differently affected by the bleaching phenomenon,” Kemp said. “This was probably the first study ever to look at it under natural conditions this closely.” 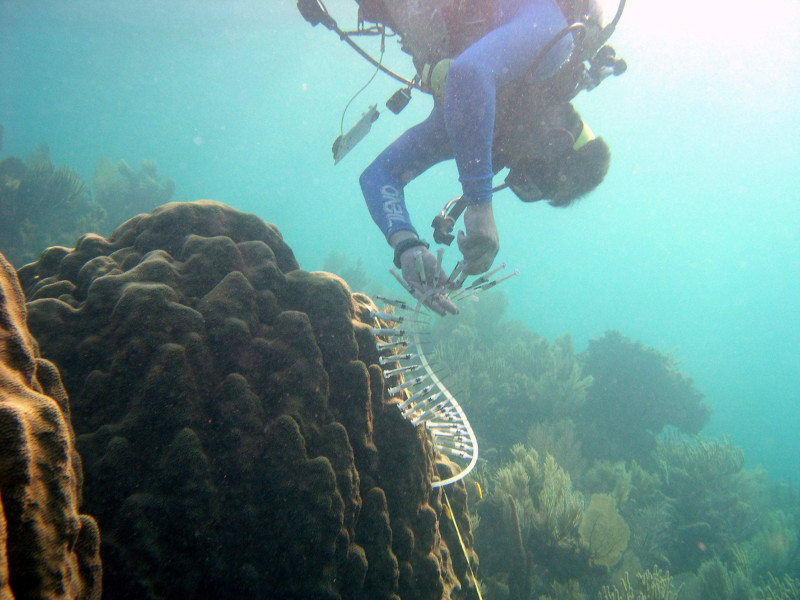 Finding that during, and after bleaching events, Orbicella would swap out its heat-sensitive algae in favor of a more heat-tolerant algae, Kemp had this to add: “In the Caribbean, we’ve lost 80 percent of the corals just in my lifetime. We know that increased ocean temperatures are one of the major threats to coral reefs worldwide. So understanding coral-algae dynamics, and how different algae can handle increased temperature, is important to see how the whole ecosystem will be affected by this environmental perturbation.” Kemp and his team are advancing their research through studying heat-tolerant algae and its affects on corals in reefs where corals have a known, and documented association. Read more here!

What eats a Great White Shark?