Sydney’s Octopi Are Packing Their Bags, “To Tasmanian Waters!” 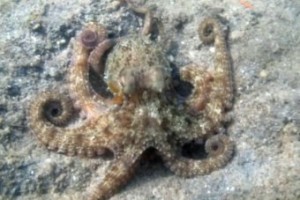 In light of Tasmanian warming heating up, Sydney’s eight-armed sea-folk are packing up, heading south, and reproducing with a greater population turnover and greater growth rate. Talk about things heating up down there. The common Sydney Octopus (Octopus tetricus)  usually keeps residence  between southern Queensland and southern New South Wales. Jorge Ramos, a PhD candidate from the Institute for Marine and Antarctic Studies (IMAS), has been studying hundreds of the little guys near the east coast of Flinders Island in the Bass Cape of Tunisia.

“So far, the octopus seems to be doing well here in Tasmania. If the octopus is growing fast and short lifespan, then it might have better chances to thrive under new conditions in Tasmanian waters,” he said. While this is all well and good for the cephalopods, however, this means some of Tasmania’s commercial marine species are in danger. The octopus, for example, quite enjoys dining on rock lobster. It’s unclear what ecological impact this behavior will actually have, explains Craig Johnson, also of IMAS. “Most of the species that come down here are just going to sit in the background and aren’t necessarily going to have a major impact on diversity or production or fisheries or any of those things we’re concerned about,”.  Mr. Ramos is currently awaiting results to determine what the octopus is actually feeding on in their waters. Interestingly, the IMAS Tasmanian Octopus Fishery Assessment of 2013/14 indicates their common species, Octopus pallidus, shows a trend of transitional-depletioin over the past nine years. This, however, could be due to increased catches over the past decade. Octo-bummer. Hope the hungry O. tetricus saves some rock lobster for me when I go visit Tasmania. 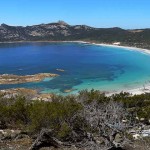 Should We Ban The Sale Of Nautilus Shells?