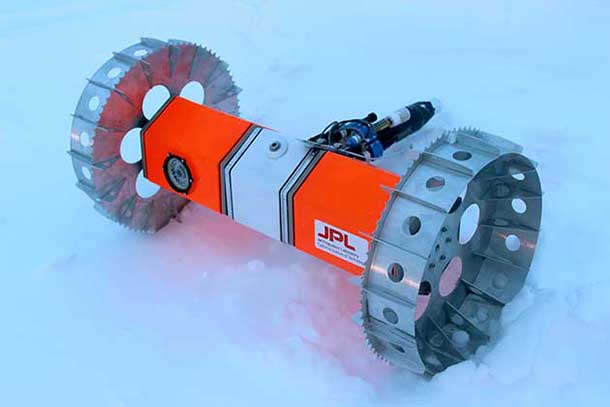 On June 24, 2015, NASA tested its Buoyant Rover for Under Ice Exploration (BRUIE) at the California Science Center in Los Angeles. The BRUIE was placed at 24 feet underwater on the bottom of the 188,000 gallon tank. The device was designed at NASA’s Jet Propulsion Laboratory, Pasadena, California. The purpose of the rover is to study the Arctic and Antarctica and is meant for travel under the ice shelf of an icy world. Researchers hope that one day, the under ice rover could explore oceans of potentially viable planets. The vehicle is operated using satellite control and aims to be completely autonomous. The rover takes pictures of its surroundings which scientists can use for research. This trip at the California Science Center will be the last of the rover’s warm water destinations before it begins to explore the icy unknown.  MORE

Making Your Own Ice Packs is Cool and Easy