What is the bleeding edge? 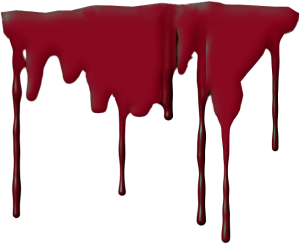 So what is the bleeding edge of reef keeping? I sort of think of it as that moment that you step outside of your comfort zone, when an aquarist opens their mind and a new trend emerges. Often the bleeding edge goes against the grain and operates on a new set of rules that redefines common principles. In aquaria it was a bleeding edge approach that led to Lee Chin Eng’s natural system, which remains today the foundation of reef aquariums. The bleeding edge has integrated technology and our aquariums and propelled the hobby forward. Propagation of corals, breeding marine fish and the open sharing of information can all be linked to the bleeding edge. In many ways the bleeding edge represents the innate ability to adapt to change and re-structure methodologies.

I will be moderating the Bleeding Edge Forum here on reefs. The goal is to bring aquarists together and create one giant brainstorming session, discussing not only the latest trends and current technology, but also giving insight into the future of coral reef aquariums and how by working together, we can make the hobby better.

The bleeding edge forum won’t just represent a place to discuss the newest and best equipment, or trying a different approach to maintaining a reef aquarium. It also represents a place to look at aquaria as a whole, from wild oceans to our living rooms. It’s a place to discuss recent discoveries in piscine intelligence, coral adaptability, micro-reef biology and the practices of the trade.

As an aquarium writer I’ve always tried to stand on the edge, because here I have a bird’s eye view of what is around. Instead of a narrow minded approach that locks into one ideology, I like both my systems and my interpretation of the hobby to remain flexible and fluid.

If you want to visit the forum and start a discussion, I encourage you to do so here. Below are links to various articles I’ve compiled that help represent what the bleeding edge is all about.