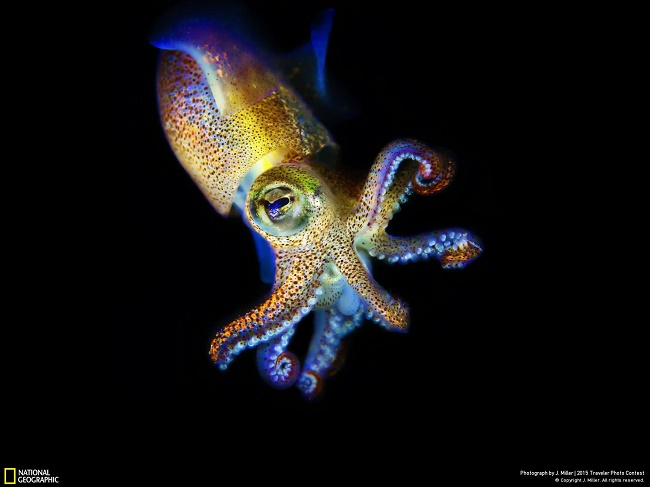 The winners of National Geographic’s Traveler Photo Contest 2015 have been announced. Submissions came in from all over the world, and while many focus on the unique cultures, people, and architecture of far-off lands, there are some absolutely gorgeous shots of our ocean environment and its inhabitants. My favorite is the picture above, of a beautiful little squid in Puget Sound, Des Moines, Washington, captured by J. Miller. He writes: “While diving in the cool waters of the Puget Sound this gorgeous squid was excited by my bright dive lights. I quickly settled myself and moved in for an amazing encounter. This particular squid hovered for several minutes while I squeezed off several images. With the beautiful blue highlights, this one really stood out.”

Below are some other fantastic shots, and you can see all the top entries on the National Geographic site, here. 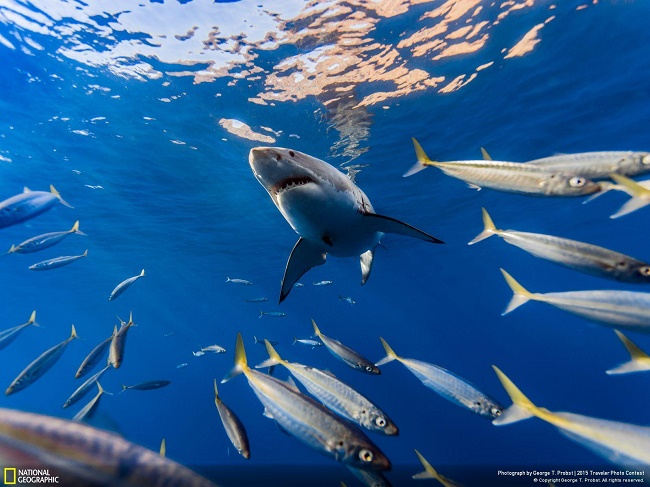 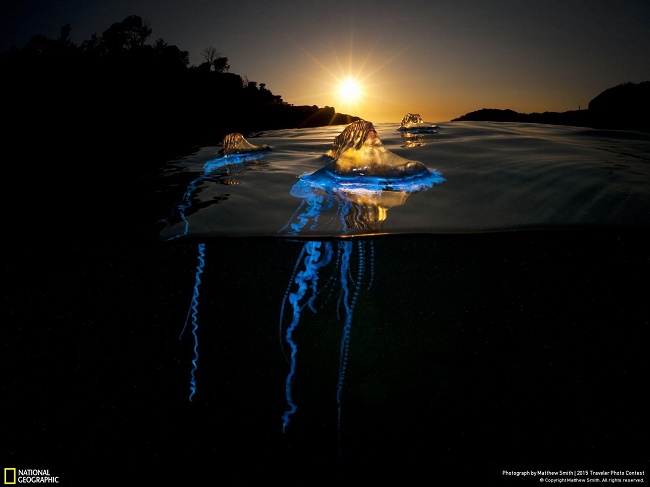 Despite their potentially dangerous sting, the bluebottle cnidaria is an amazingly beautiful creature. I wanted to demonstrate this with careful lighting and composition. The blue of the zooid colonies underneath these animals ignites with glorious translucent blue in my underwater camera flashes, I thought this would look magnificent in front of a glowing orange sky. After many early mornings I eventually got my shot.
Shell Cove, New South Wales, Australia
Matthew Smith 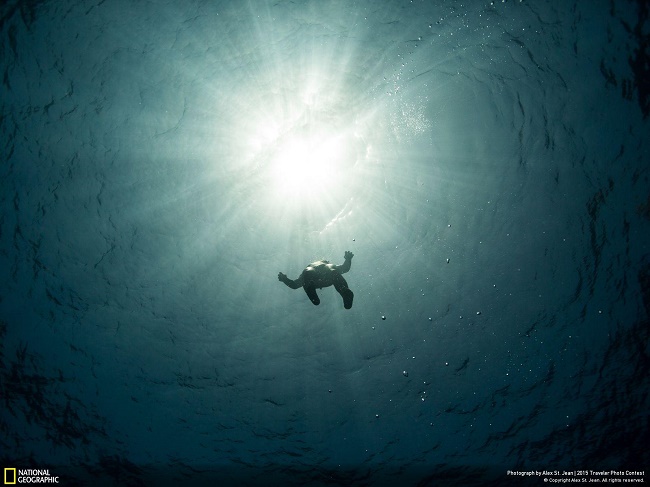 Freediver Carlos Correa ascending towards the light on a break during the 2015 Caribbean Cup of Freediving in Roatán, Honduras. Every time I look at this photo it relaxes me and makes me wonder about how these athletes can reach depths of 300ft. and hold their breath for upwards of 4 minutes.
Pensacola, Bay Islands, Honduras
Alex St. Jean 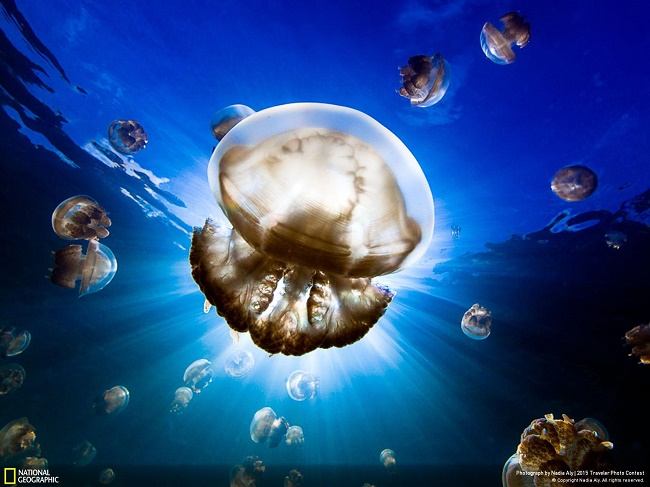 I was at Jellyfish Lake in Palau and was trying to get sunbeam shots of the jellyfish. I took over an hour to get the right jellyfish in the right spot and the right time. This is that image.
Koror Town, Koror, Palau
Nadia Aly

My Kingdom for a Pair of Boots!

The Vertex Aquaristik Omega 180i Skimmer