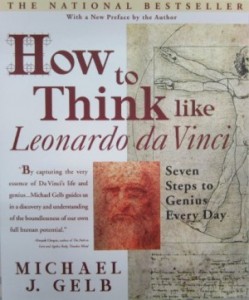 Something to be learned in this book

It’s podcastin’ time again. This week we expand your horizons with discussions about biophilia, Shinrin Yoku, and daVinci thinking. We also talk about a fascinating cold-water pico aquarium. Download the podcast here, or subscribe to our podcasts at iTunes. Also, follow us on Twitter at reefthreads.—Gary and Christine