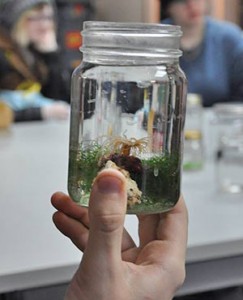 This week our guest is Randy Donowitz from the Pratt Institute and Reefs.com. Listen to Randy to learn about the history of the Pratt Reef and the role it plays in education and community outreach at the institute. Download the podcast here, or subscribe to our podcasts at iTunes. Also, follow us on Twitter at reefthreads.—Gary and Christine