Researchers from Ohio State University have expanded upon earlier research that concluded corals best suited for recovering after a bleaching event harbor large storages of fat in their zooxanthellae cells. “Three global bleaching events have already occurred since the 1980s, and will likely occur annually starting later this century, therefore, it has become more urgent than ever to know how coral can survive annual bleaching—one of the major threats to coral reefs today” says Lead study author Verena Schoepf. “Already, bleaching events have resulted in significant amounts of coral dying and causing impact to ocean ecosystems, but up until now it was largely unknown whether coral could recover between annual bleaching events,” Schoepf adds. 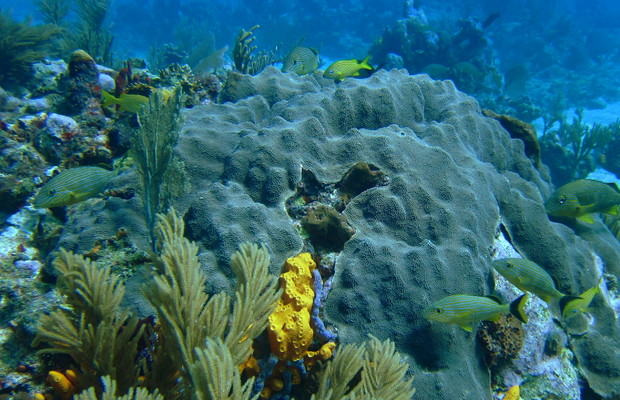 The study adds new findings for the long term recovery rates of two corals best suited to withstand heat stress, as annual bleaching events are becoming more and more common along reefs all over the world. Both Porites divaricata, the species which kept the largest fat reserves, and Orbicella faveolata which kept the second to largest reserve out of the three corals studied, fared much better than Porites astreoides, which housed the smallest level of fat reserve. “They all look healthy on the outside, but they’re not all healthy on the inside,” said Andréa Grottoli, lead researcher and professor in the School of Earth Sciences at Ohio State. “We found that some coral are able to acclimatize to annual bleaching, while others actually become more susceptible to it over time. Our research will help with predicting the persistence of coral reefs, because knowledge of their capacity to recover from annual bleaching is critical information for these models,” concluded Grotolli. Read more here!