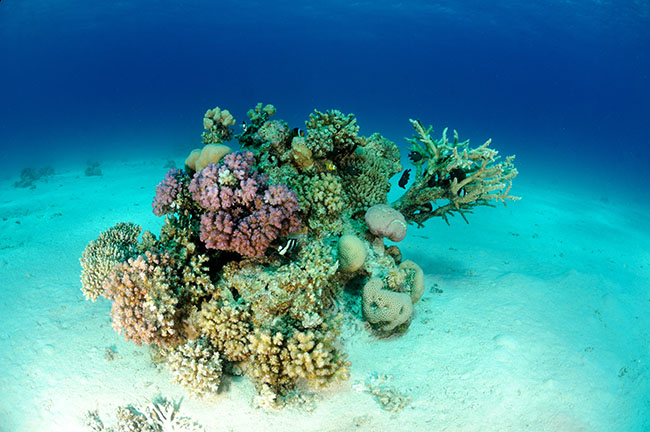 There was a time when marine aquascapes came in one flavor, and one flavor only: A wall of dead coral and live rock, piled up at the back of the tank. Thankfully, aquascaping became far more of an art form as aquarists started experimenting with more minimal systems, such as using less live rock or placing live rock out of the way in a sump chamber. 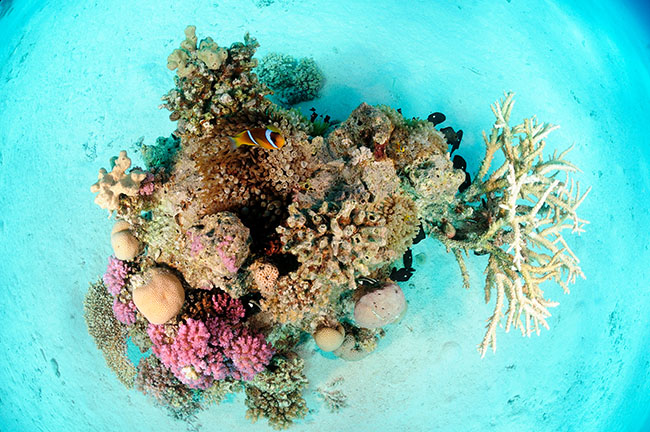 These days, there are many systems that are inspired by more ‘natural’- looking aquascapes. They often employ pre-fabricated support structures or a fair amount of ingenuity (or a little of both) to ensure against collapse. There’s nothing though, in my opinion at least, that looks as good as a bommie.

This fine example, from the Red Sea, could form the inspiration for a biotope system. I’ve included photos from the side and the top, so you can see the corals and the three anemones. You can also see the group of Three Spot Dascyllus; best to leave these troublesome fish in the sea. There’s also a Humbug Damsel which is also a nuisance, but the pair of bicinctus clowns are always welcome. 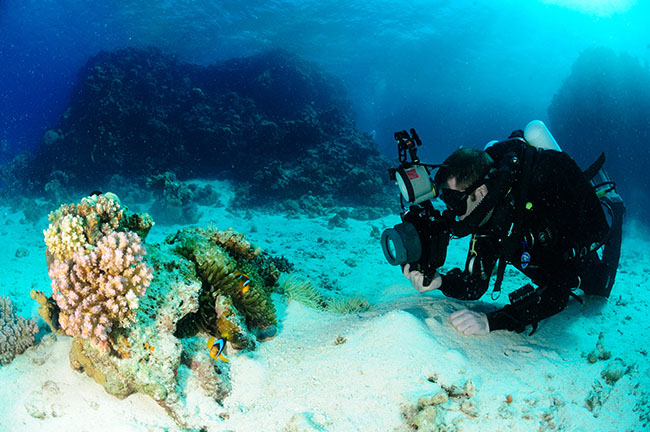 a similar looking and sized bommie, with a diver for scale

Here’s the side view of another bommie, from the same sheltered, sandy area of the reef. 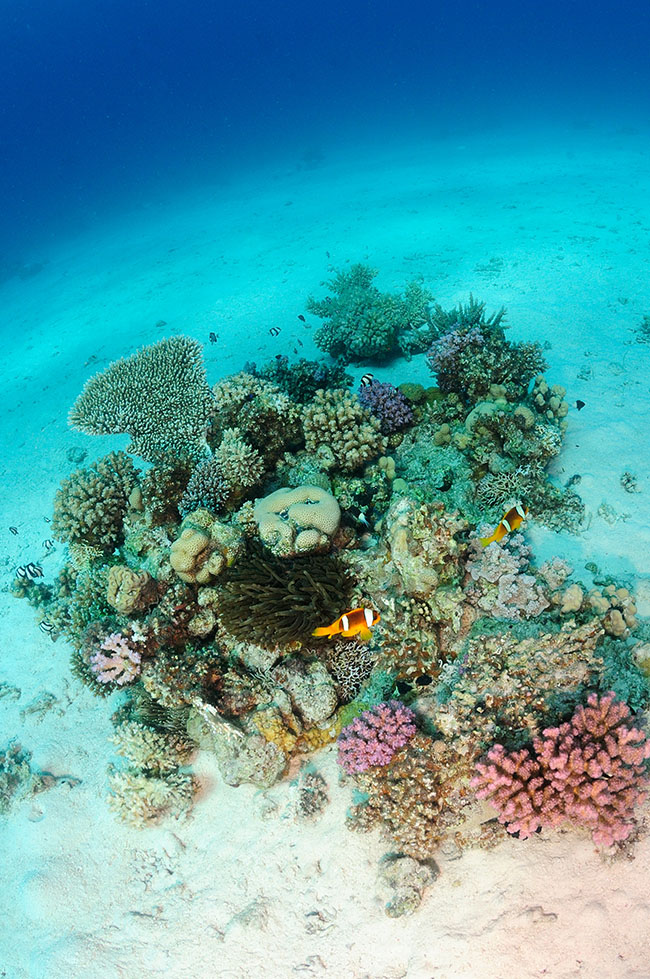 and the top view. 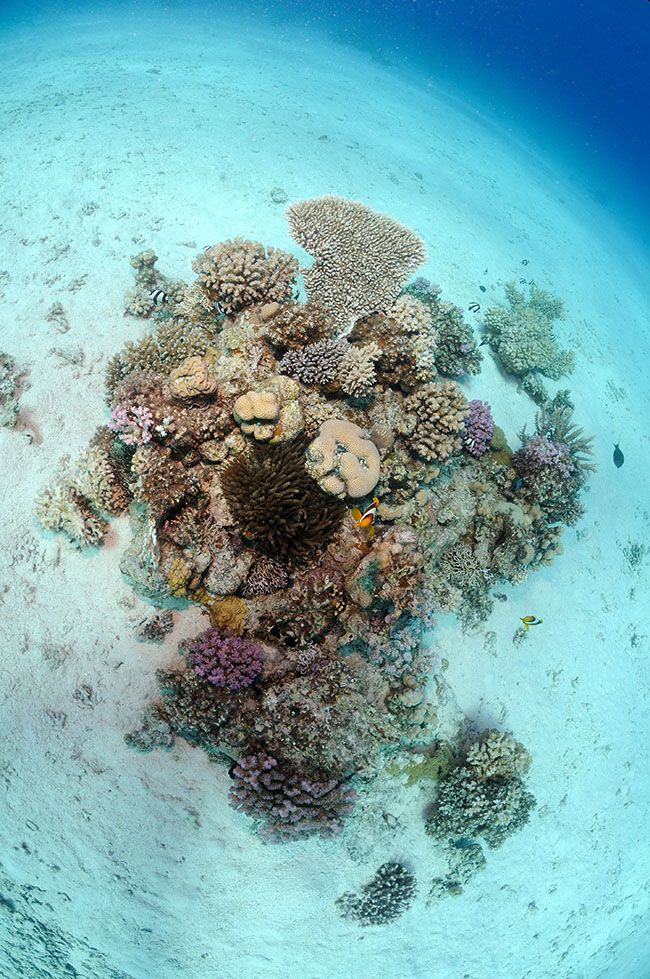