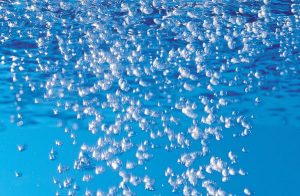 I must admit, I am more in the dark about micro-bubbling (or bubbling, as some call it) than many others. Largely because I rarely, if ever, use aquarium forums. Occasionally I hop on a popular forum, to test an idea or gauge how members feel about a certain topic. Usually it gets ugly, and I end up either banned or disheartened about where the hobby is going. In many ways, bubbling is one of those topics. It’s largely unsupported by any real science, the claims are mostly anecdotal and it may put someone down a path likely to lead to reef keeping failure, rather than reef keeping success. At face value, any established aquarist would likely snicker at bubbling’s claims. There isn’t a whole lot it doesn’t promise. Increased polyp extension, check. Increased growth, check. Stable water chemistry, check. And the list goes on and on.

With bubbling, we have a methodology being largely promoted by one vendor, Elegant Corals LLC and argued to the point of a fist-fight by aquarists. So why am I not open to the idea that micro-bubbles can cure darn near every reef keeping malady known to mankind? Likely because in the past, I swallowed the snake oil, and actually put faith in products like the Eco Aqualizer. I was a green horn back then, and since I’m not a green horn anymore, I like to think I’ve opened my eyes and understand a basic reality of reef keeping. Some people make audacious claims, and sometimes it’s quite possible they believe their claims. It’s sort of like when a quack makes an end of the world prediction. Often, I think they actually believe it will hold true, but what happens when it doesn’t? 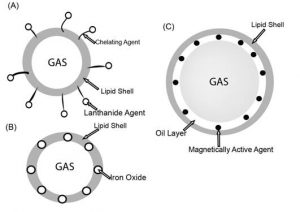 For the uninitiated, let me describe bubbling. Micro-bubbles that we usually work to avoid, are at the heart of this new reef keeping methodology. The idea, is to fill your aquarium with micro-bubbles, for at least a few hours per day, usually at night when the tank isn’t viewable. You read that right, fill your aquarium with micro-bubbles, the same ones that cause corals to close-up and slime, and fish to run for cover. Since it’s largely Elegant Corals, and Elegant Corals alone pushing this new “science,” their claims remain the foundation of bubbling’s promises.

According to Elegant Corals, a micro-bubble isn’t your average bubble. It’s a bubble of 1-50 microns in size, capable of penetrating pores 90 microns in size. These bubbles supposedly can remove dead coral membrane, excess slime along with bacteria. Literally, a reef keeping process that makes the same claims as a teenager’s face wash. Yet, that’s not all. These bubbles (again according to Elegant Corals) can deliver oxygen more efficiently to fish and other reef life, and produce ultra-sonic waves that kill parasites and sterilize water. Elegant Corals claims that the intense effects (along with benefits) of bubbling can be seen within 24 hours, of the first treatment.

And of course, they sell a bubbler.

How bubbling is implemented: 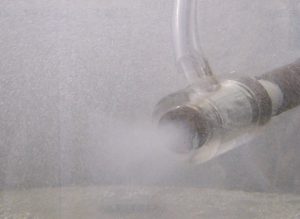 Overall, it’s a pretty simple method. Place a lime-wood air-stone in your sump, near your return pump. Connect the air-stone to an air-pump, activate it and move the air-stone around varying distances from your return pump’s intake, to control the amount and size of bubbles entering the system. Not exactly a refined method. Once the tank is lost in a slew of bubbles, let it sit for 8-10 hours, then de-activate the air-stone. It’s this cheap simplicity, that has led more than a handful of aquarists to trying bubbling. What, if by chance, Elegant Corals has discovered the hidden silver bullet of reef keeping? All it takes, is a handful of stuff most aquarists have lying around their fish-room. Or, of course, you can purchase a bubbler from Elegant Corals.

How many reef keeping (or general aquarium keeping) silver bullets have we been handed, over the years? Probably enough that even the family dog should be able to have a thriving reef tank by now. I won’t name names (as it’s gotten me in trouble in the past) but over the years, aquarists have been offered all kinds of potions, extracts, additives and devices – under the promise that they would make reef keeping easy, quick and painless. Where does this stuff come from?

Years ago, I was writing articles for an industry publication printed by Bow Tie Inc. (the publisher of Aquarium Fish International). For the article, I was interviewing various research divisions of aquarium product manufacturers. I ended up on the phone with a managing scientist for Aquarium Pharmaceuticals (API). In the reef world, their products aren’t overtly common, but the company has been around for a long time, even pioneering some of the additives that today, we take for granted. During the interview, I was blown away by the breadth of research companies like API put into their products. This isn’t a bunch of aquarists at home, or at a shop, tinkering with half-baked ideas, but educated scientists implementing the scientific method to test the outcomes of employing new medias, additives, etc. According to API, the R&D process is long and measured, and not every product turns out to be something great. We were specifically talking about the API product Chemi-Zorb, which is a filtration media, promising enhanced capabilities. Research labs at places like API, and all over the reef keeping product world, are well equipped not only with equipment, but with the minds to implement it.

My point. If filling our tanks with micro-bubbles could really prevent disease and increase health and vitality in our fish and corals, this would have been unlocked, patented and existed in mainstream aquaria years ago. In my experience, allowing a flurry of micro-bubbles to enter your tank does little more than obscure your view, and cause corals to close-up and slime, while fish hide in the rockwork.

As one aquarist put it, “Our nasal passages create mucous, to ward off disease and allergens. That doesn’t mean snorting chalk dust, to increase mucous production is a good idea.” 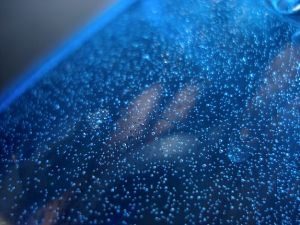 I haven’t seen any evidence that makes me consider ever implementing (or even testing) micro-bubbling. We have all worked hard to achieve the aquatic systems we have. Why would anyone risk that, on an unsubstantiated claim? Several aquarists have pointed to changes in ph, ORP, etc – while filling their tanks with micro-bubbles. It’s bound to cause some reaction in water chemistry, just as there is a water chemistry reaction when you turn on a protein skimmer. Does that make bubbling the poor man’s ozone? Personally, I don’t think so. Scrubbing bubbles can take care of hard water deposits in your shower, but increasing the health of your corals and fish, I don’t think so.