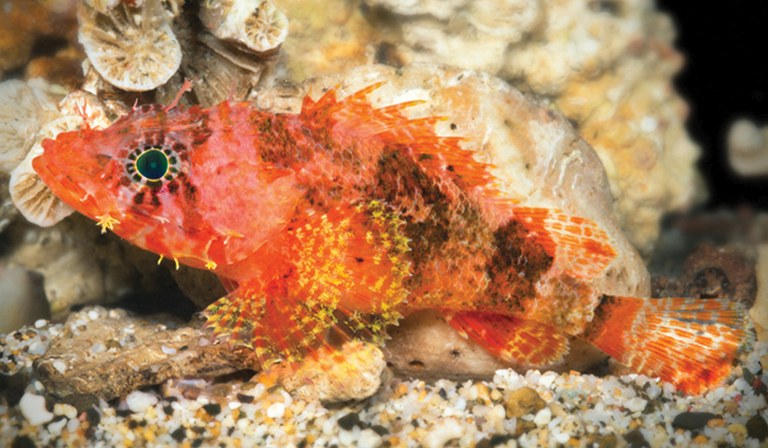 The new scorpionfish is as tiny as it is colorful with an adult size about 40mm (1.5 inches).   Scorpaenodes barrybroni is currently  the deepest (by far) known western Atlantic member of the genus; its two congenors, Scorpaenodes caribbaeus and Scorpaenodes tredecimspinosus, occur at much more shallow waters: <35m and 7-82m respectively.

Scorpaenodes barrybroni (common name Stellate Scorpionfish) is named after Barry Brown.  Its etymology is described in the Zookeys paper:

Named in honor of Barry Brown, Substation Curaçao and free-lance photographer (www.coralreefphotos.com), who has patiently, diligently, and expertly taken photographs of hundreds of