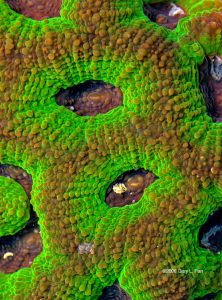 Christine returns and we talk about a lot of listener feedback including captive-bred peppermint shrimp and yellow tangs, drip acclimation, saltwater mixing, forums, sumps, and transparent plumbing. Download the podcast here, or subscribe to our podcasts at iTunes. Also, follow us on Twitter at reefthreads.—Gary and Christine

Facing a Saltwater System Downsize? Try One of These 5 Setups