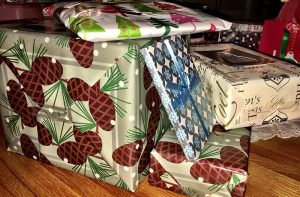 In our last show of the year we offer our ideas for holiday gifts for reef aquarists. Thanks to everyone for listening and helping us pass the 300-show milestone in 2016. We wish you all a joyous holiday season and look forward to making noise in your ear buds in 2017. Download the podcast here, or subscribe to our podcasts at iTunes. Also, follow us on Twitter at reefthreads.—Gary and Christine