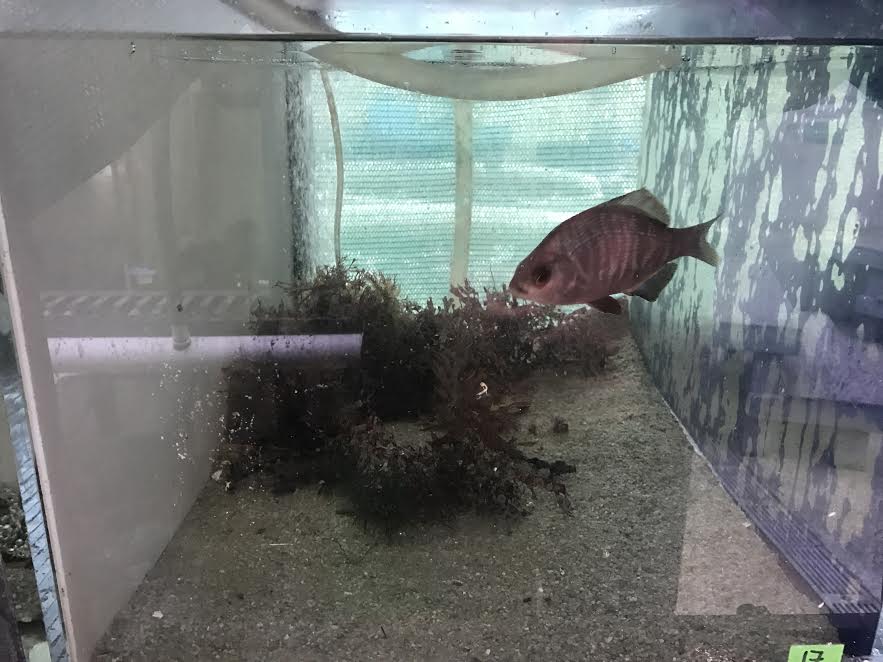 I am a graduate student at California State University Long Beach (CSULB),working on my masters degree in Dr. Darren Johnson’s fish ecology lab. My thesis project examines a fish’s ability to adapt behaviorally to the selective force and stress of predation. Specifically, I work with Black Surfperch (BSP), Embiotoca jacksoni, a kelp forest and rocky reef resident here in California. The first objective of this study is to identify the relationship between predation threat and behavioral plasticity in Embiotoca jacksoni. If predation threat is acting as a selective force on the behavioral boldness spectrum “personalities” in this species, then it is predicted that populations experiencing high predation threat will be less bold than those populations under less threat. By testing lab-born offspring that are naïve to natural conditions at their source population, I will be able to address whether predation regime limits the range of behavioral plasticity available to the fish. 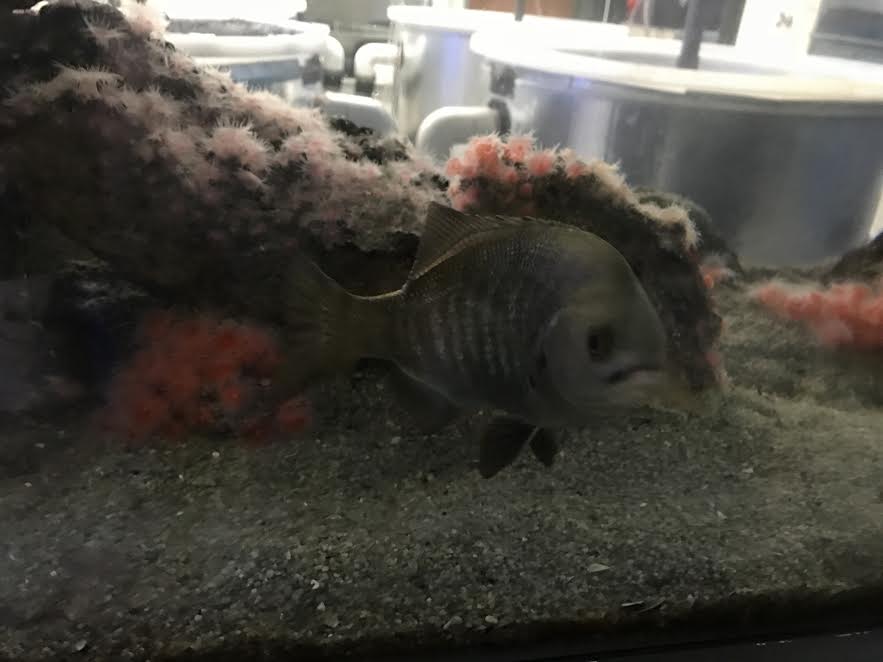 Secondly, this study aims to clarify how the genetic diversity of E. jacksoni occupying the same space influences behavioral plasticity. For example, I predict that under less diversity and greater competition, E. jacksoni will behave more boldly than when tested individually. Additionally, in groups with high diversity boldness personalities, the fish will display behaviors similar to those displayed when tested individually. When the project is finished, I will have enough data to answer these questions statistically. 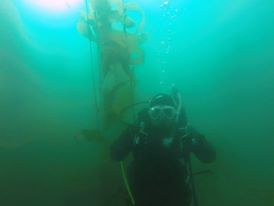 For my project, I SCUBA dive multiple times a week at various sites along the coast and surrounding islands to collect BSP (see map below). Collections are done using large hand nets. To catch surfperch, you have to be quick and precise; I typically surround them with two nets and enclose them so that the fish swim into the end of one of the nets. Once I have collected my fish I bring them back to the Marine Lab at CSULB where they are housed in what I call “the perch apartments”. This is essentially a tower of salt water tanks with dividers so that each fish gets its own unit that is about 1 cubic foot. The BSP are fed mysis and brine shrimp, and are kept at approx. 16 C. In the lab I record video of behavioral responses in BSP to various stimuli such as predation threat, food, other BSP. I can then analyze these videos for differences in behavioral trends based on the populations that the fish comes from.  For example, populations with high predation rates usually produce very shy and timid fish. Populations with less genetic diversity usually display more competitive behaviors. 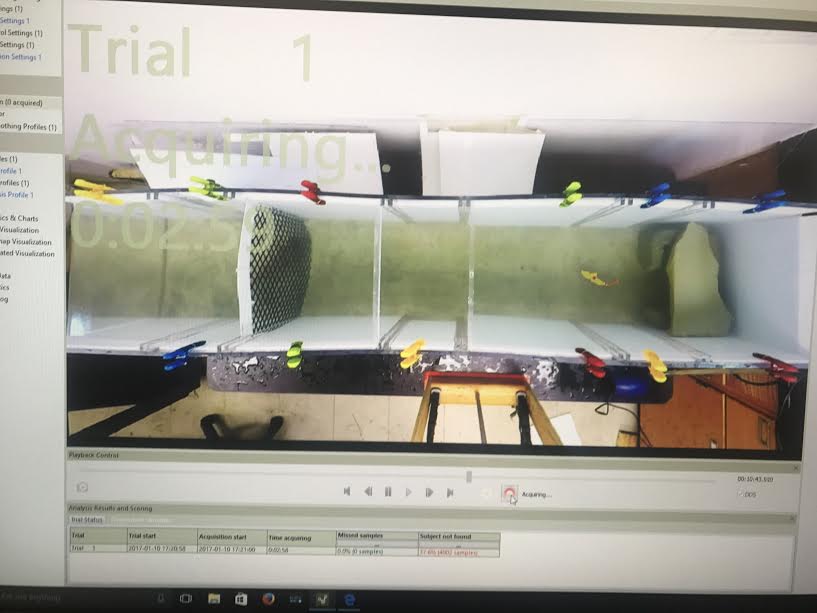 I will be using Ethovision, a spatial analysis software designed to track movements of organisms relative to their surroundings and to each other. This program can track movements very quickly and efficiently, allowing for more accuracy and quantity than manual viewing. The software uses pixel values to define body shape and orientation, and can thus be used to track specific behaviors through continuous positioning of individuals against background images. 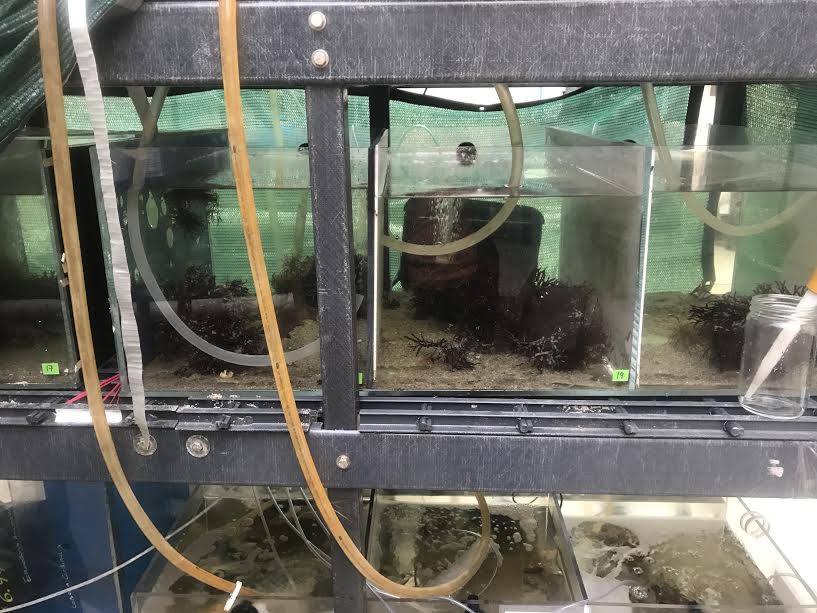 Kelp bass (Paralabrax clathratus) are a predatory fish found on coastal California reefs and kelp forests. They prey on many species of smaller fish, many from the surfperch family, Embiotocidae, including BSP. Kelp bass have been ranked among the top 10 most caught species by recreational anglers over the last 20 years, and among the top 3 over the last 5 years (CalCOFI data). Additionally, kelp bass Catch Per Unit Effort (CPUE) has declined by approximately 91% since 1965 (CPFV logbook data). Fisheries’ restrictions such as size limits, bag limits, and marine protected areas (MPAs) have been enacted to restore and conserve kelp bass populations at a sustainable size. 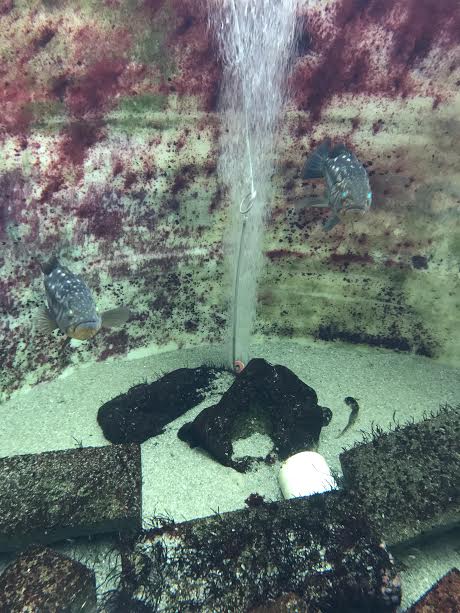 However, in MPAs, the greater abundance of kelp bass places higher predation stress on prey species such as BSP. If BSP are behaviorally adapted in their predatory avoidance behaviors, such as shyness, according to local predation regime, then fisheries management could have harmful implications for this species. For example, a BSP population at an unmanaged site may be adapted to low P. clathratus abundances. This population may be more bold and risky. If fisheries managers act to protect that site, and P. clathratus abundances rise, the E. jacksoni could experience higher mortality rates due to failure to avoid predators. Therefore, this study can help fisheries managers avoid these unintended consequences for prey species by using multispecies approaches to marine conservation. 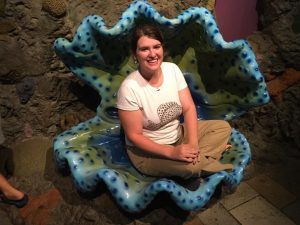