By Richard Aspinall 5 years ago 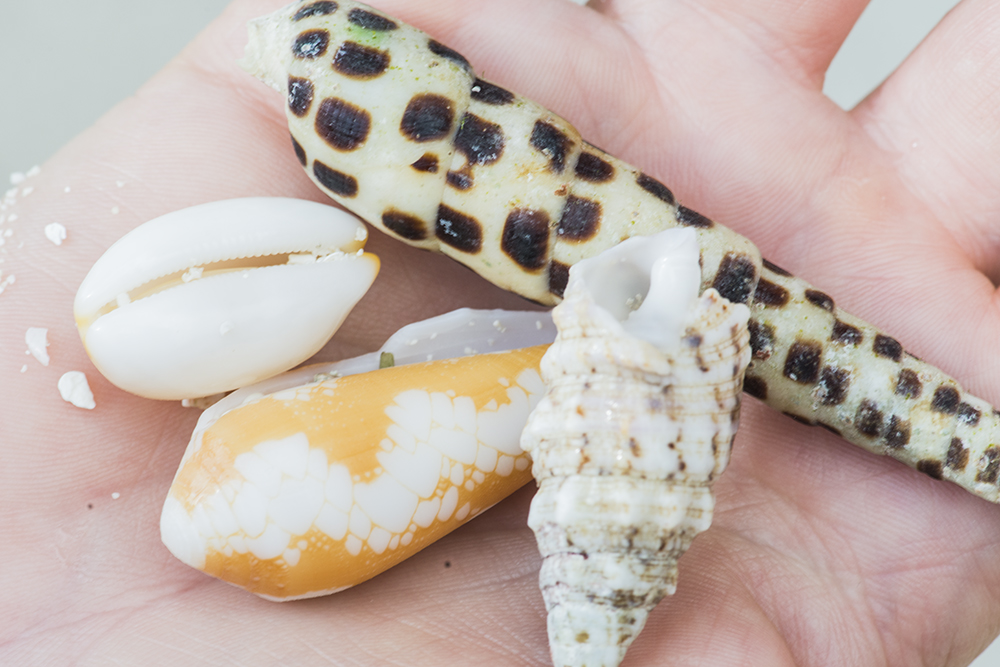 I recently enjoyed a few weeks in the Indo Pacific having a beach based holiday.  As any sensible person does, I explored the local beaches for booty in the form of shells.  I picked up a few including what I suspect is a type of Textile Cone Snail (The one with the orange pattern), to show my wife, who pretends to be interested in a very supporting and patient manner. I knew that cone shells could be venomous, but I hadn’t really explored the issue properly, so here’s what I found out. 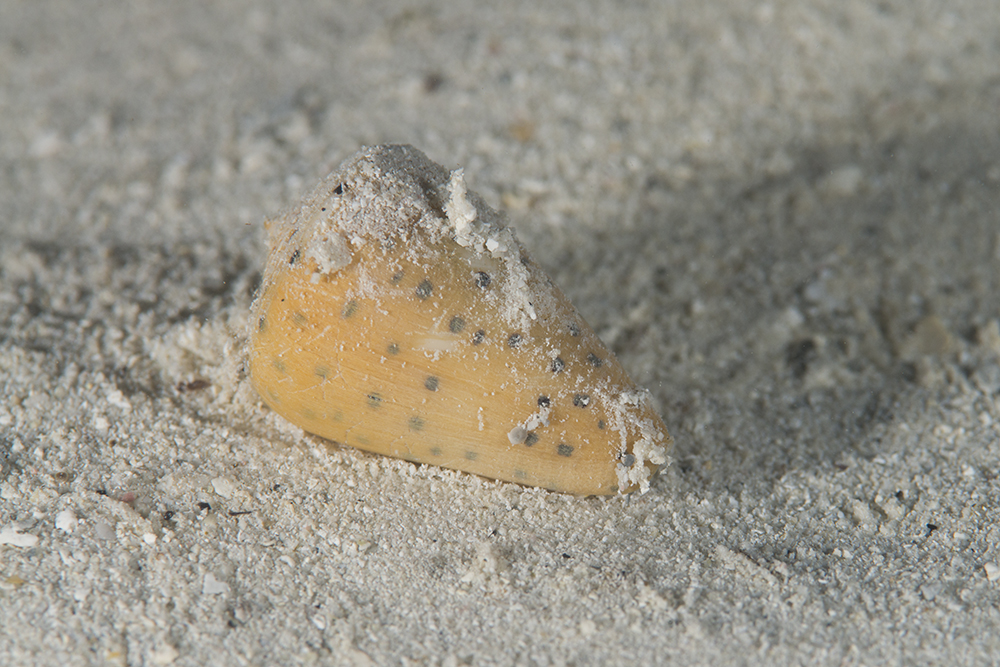 Not sure if this is a Conus species or not. I came across it on a shallow night dive.

There are around 800 species of cone shell. Fortunately, they tend to be nocturnal and during the day are safely out of the way of fingers and feet. While they do not attack humans, their venomous barb will penetrate human skin if the animal is picked up or stuffed into a pocket and feels threatened.  I came across an article in Nature from 2004 suggesting there were thirty recorded deaths from cone snail deaths.

Mild stings (from most species) are similar to those from bees or wasps, though they can cause numbness and tingling. I have read that some stings contain analgesics so at least there’s little pain.  In the worse cases, cyanosis can occur as blood flow to the area is reduced.

Severe cases can result in total limb numbness and even paralysis, leading to the diaphragm ceasing to work correctly, which can then lead to coma or death. Patients also report dizziness, inability to speak, visual disturbances, and heart failure.

So, what to do? Firstly, most stings are not going to represent a risk to healthy people.  Only a few of the fish-eating species pack enough of a punch to endanger lives.

From my reading, it appears there’s no anti venom available.  So, avoiding picking up live snails is the only sure way to prevent injury!

However, if stung, using heat to denature the toxin, either with hot water or a hair drier, on the area of the sting may help.  Another source recommends something called the Pressure Immobilization Technique and keeping the patient still until medial help arrives.  Don’t suck out the toxin like they used to do in old movies.

I understand Conus geographicus from Australian waters is the deadliest, killing people within hours.

The toxins found in cone snails are of interest to researchers who investigate the compounds in the venom for a range of possible uses from analgesics to drugs to treat epilepsy.

Cone snails use their toxins to kill or immobilize their prey, which is typically speedier than they are, they can then approach and eat it at leisure.  The venom is injected using their modified mouth parts

I’m not sure if they are the deadliest thing in the ocean, though you repeatedly come across statements suggesting that per unit of body mass, they are the most venomous.

Some readers may be thinking I’m an idiot for picking the shell up.  I should point out that I recognized it for what it was, and made sure there was nothing living inside before handling it.  I probably don’t need to say it, but just in case: DO NOT handle live cone snails!