The Fish That Gets you Drunk 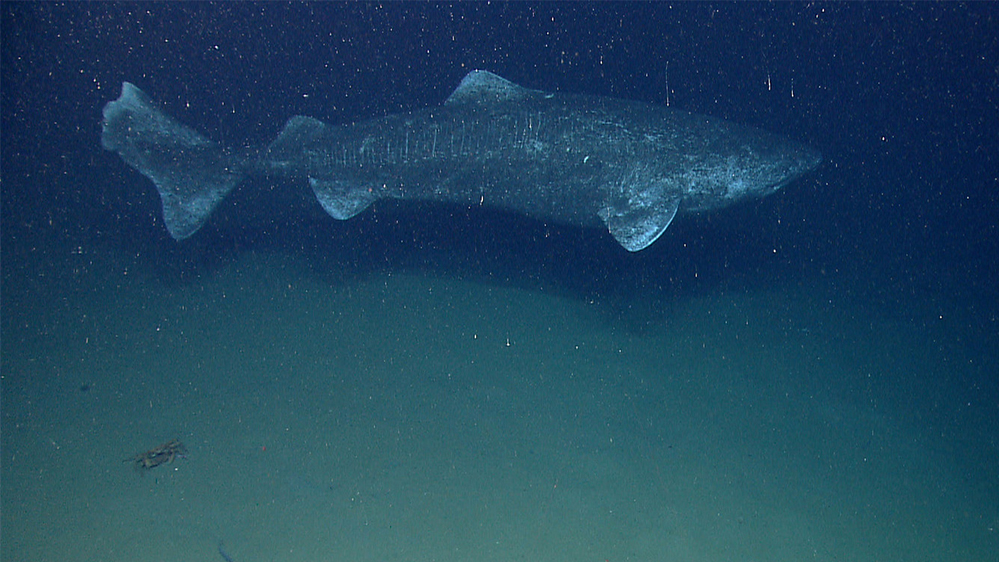 Yep, you read it correctly…there is a fish that gets you drunk!  Now, I’m not talking about some amiable critter that takes you into a bar and lines up some shots.  No, this is the remarkable Greenland Shark, with its intoxicating flesh.

I’ve been listening to excerpts from a book by Morten Stroksnes called Shark Drunk.  The story, read aloud on BBC Radio 4, chronicles the search for the rare, deep water dwelling Greenland Shark, in the seas off the coast of Norway.

Normally I wouldn’t be writing about eating sharks, but I had to look into this bizarre fish and its biology.

Greenland Sharks may well be the oldest vertebrate, some estimates suggest that they can reach five hundred years of age and reach in excess of a ton.  A study from 2016 found a fish that was estimated at 392 years of age.  Ageing sharks is difficult, as they do not possess the otoliths present in other vertebrates that show annual growth markings.

Greenland Sharks aren’t eaten that often, but in the past they were, especially when other fish were hard to find.  The sharks’ flesh contain a potent chemical called trimethylamine oxide, which acts like  a nerve agent, and anyone that eats the sharks’ flesh will need a few days to recover.  The chemical may act to stabilize proteins under pressure and act as an anti-freeze.

To avoid the intoxicating effects, the shark needs to be drained of blood and then the flesh has to be boiled and rinsed.  Another source I came across suggests that the flesh need to be buried in frozen ground for several weeks before repeating the process.

Greenland sharks were once  fished for their livers, which contained an oil used on machinery. They are still classified as Near Threatened by the IUCN.  They may not reach sexual maturity until they are 150; it will take a long time for the population to recover.

Reefs.com: Everything about Moon Jellyfish