Should reefkeepers strive for quieter aquariums? 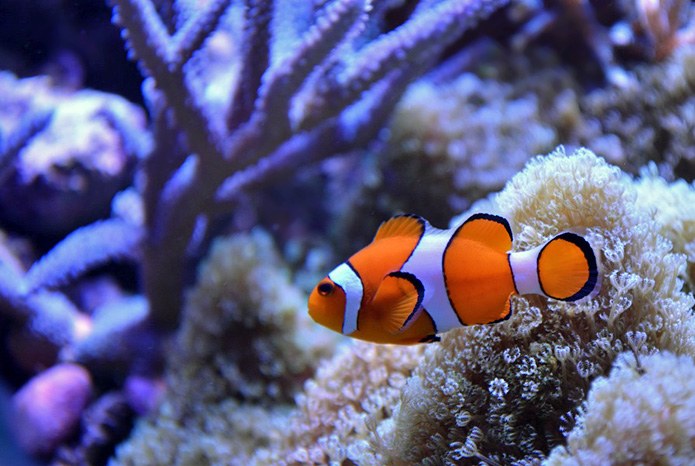 How does equipment noise effect our reef fish?

The effects of noise pollution on the well-being of fish is still yet poorly understood, but research after research is arriving at the same conclusion: noise is bad for fish health.  One research showed motor noise can make reef fish bad parents that resulted in up to total (100%) loss of babies.  Chromis that were exposed to motorboat noise “disturbed [them] so acutely it changed the behaviour of parents and stopped male fish properly guarding their young, feeding and interacting with their offspring.”

Another paper published in Nature Communication showed that reef damselfish exposed to motor noise are nearly three times more likely to die because the noise caused so much stress and confusion that the damselfish became easier prey.  Furthermore, the experiment found that fish in noisy environments breathed 20 percent harder – a clear indication of stress.

Many fishkeepers strive to design quieter aquarium systems.  However, the motivation is usually to create a more comfortable environment for the fishkeeper, not the fish.  Perhaps we should aim for quieter aquariums for the sake of our fishes as well.  Sure; fish may not become more vulnerable to predators in our aquariums, and few of us breed reef fishes.  But the totality of all the research is clear that noise is stressful to marine fish.

Increased noise pollution in the oceans is confusing fish and compromising their ability to recognise and avoid predators.

Researchers at Newcastle University found that European sea bass experienced higher stress levels when exposed to the types of piling and drilling sounds made during the construction of offshore structures.

The fish also showed signs of being confused when they encountered a potential predator while exposed to these underwater noises. When researchers played recordings of piling sounds and mimicked an approaching predator, the seabass made more turns and failed to move away from the predator.

When exposed to drilling sounds the sea bass actively avoided these areas, spending more time in what the research team called the ‘safe zone’.

The fish also took longer to recover from exposure to the underwater sounds.

Lead researcher Ilaria Spiga explained: “Over the last few decades, the sea has become a very noisy place.  The effects we saw were subtle changes, which may well have the potential to disrupt the seabass’s ability to remain ‘in tune’ with its environment.

“Sea bass, along with other bony fishes, rely on a characteristic ‘startle and response’ mechanism to get away from predators. Exposure to underwater noises can make it harder for fishes to detect and react to predators. It could also impair their own ability to detect food.

“Man-made marine noise could potentially have an adverse effect on reproduction also. If fishes actively avoid areas where these sounds are present it could prevent them from entering spawning grounds, or affect communication between individuals.”

The researchers played recordings of drilling from the English Channel made during the installation of a new tidal barrage, while the sound of piling was taken from the construction of a new lifeboat station at Swansea Bay.

The piling was characterised by intense pulses of low frequency sound whereas the drilling was continuous noise. Both piling and drilling sounds overlap with the hearing range of sea bass and many other species of fish of 100 – 1000 Hz.

Offshore construction, shipping, and even some onshore activities can all add to ambient noise levels underwater.

Although noise is recognised as a pollutant by the European Union’s Marine Strategy Framework Directive (MSFD), currently only applications for larger or more complex projects have to be registered with the UK government’s Marine Noise Registry.

Now, the research team are calling for this to be expanded by proposing limits on the length of time that underwater drilling and piling can take place, or replacing piling with drilling, to give fish time to recover from the physiological changes that these noises induce.