By Richard Aspinall 4 years ago2 Comments 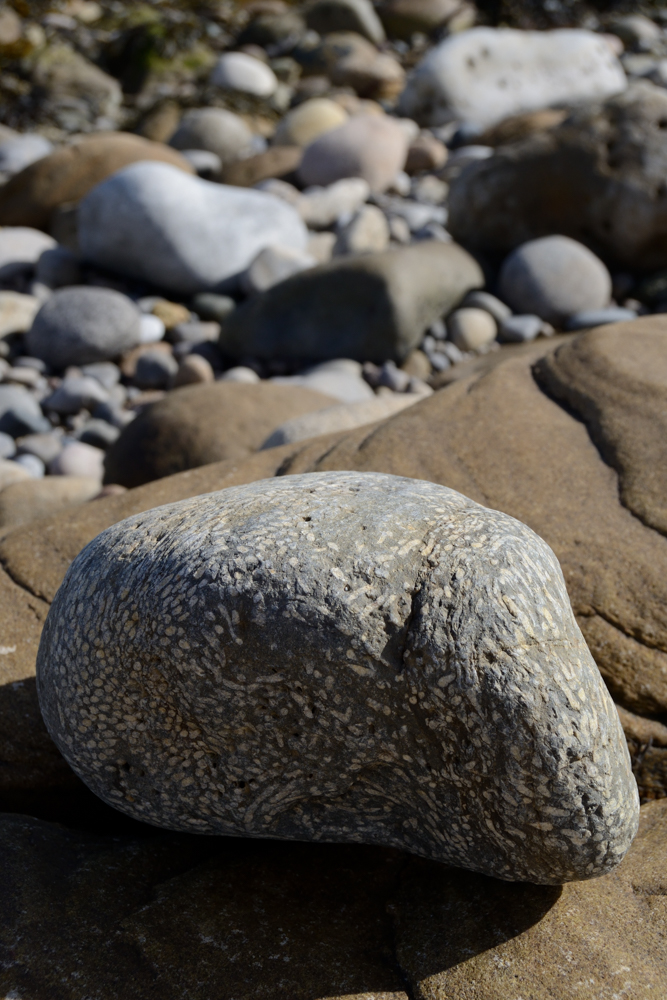 Since moving to the South of Scotland I’ve been slowly getting to know my local coastline.  Not only have I been diving off these shores, but I’ve spent as much time as possible beach combing and exploring the rockpools and cliffs.  On my travels I’ve come across some amazing wildlife and on occasion, wildlife from the deep past- in this case, coral fossils! 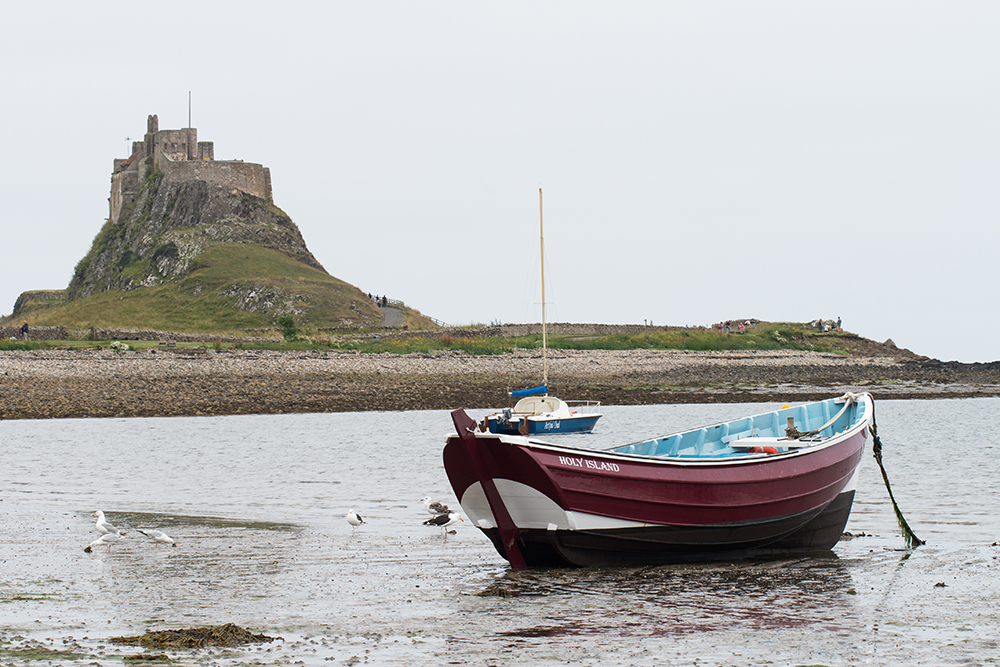 The Holy Island of Lindisfarne. Well worth a visit!

My first sighting of ancient reefs was at the wonderful Holy Island off the Northumbrian coast.  Wandering around this fabulous island that is cut off from the mainland at high tide reveals a wealth of fossils, including many boulders that have been rounded by time and full of fossilized coral colonies.  I always wondered where the coral strata might lay, but never found it.  The geology around here is complicated and I’m no expert, so when I found some interesting rocks near the historic town of Berwick-on-Tweed, I thought ‘there’s a post for Reefs.com here.’ 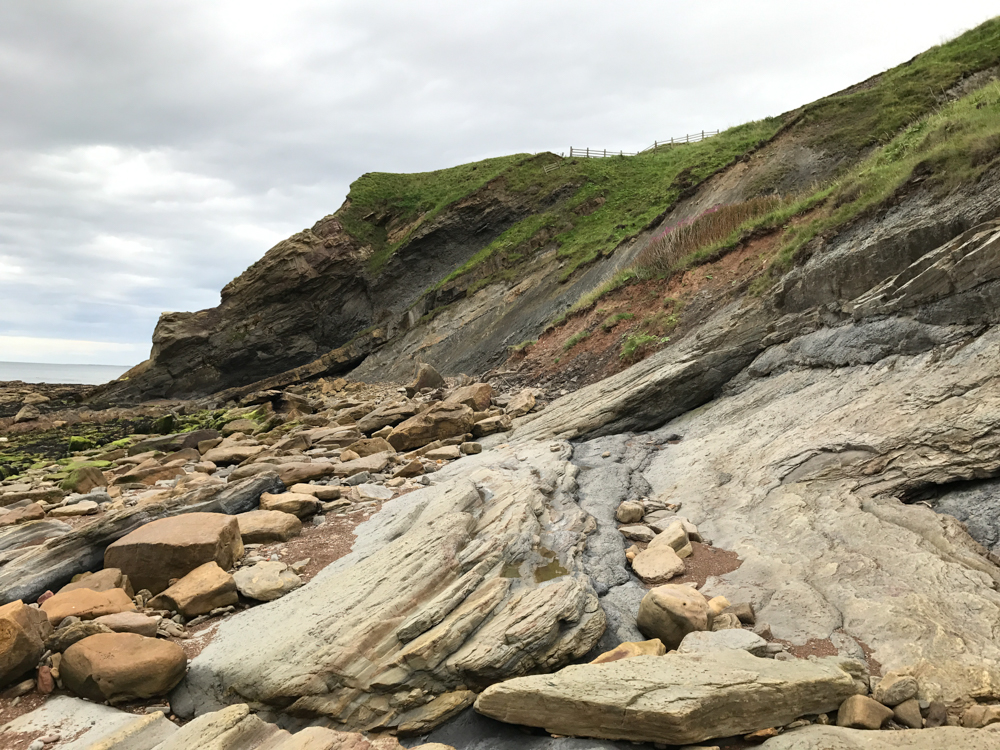 Spittal Beach, near the mouth of the river Tweed at Berwick, shows just how complicated the geology of this region is.  In this image you can see how the strata are slanted.  In the distance you can see a thin band of sandstone overlying the reef fossils. 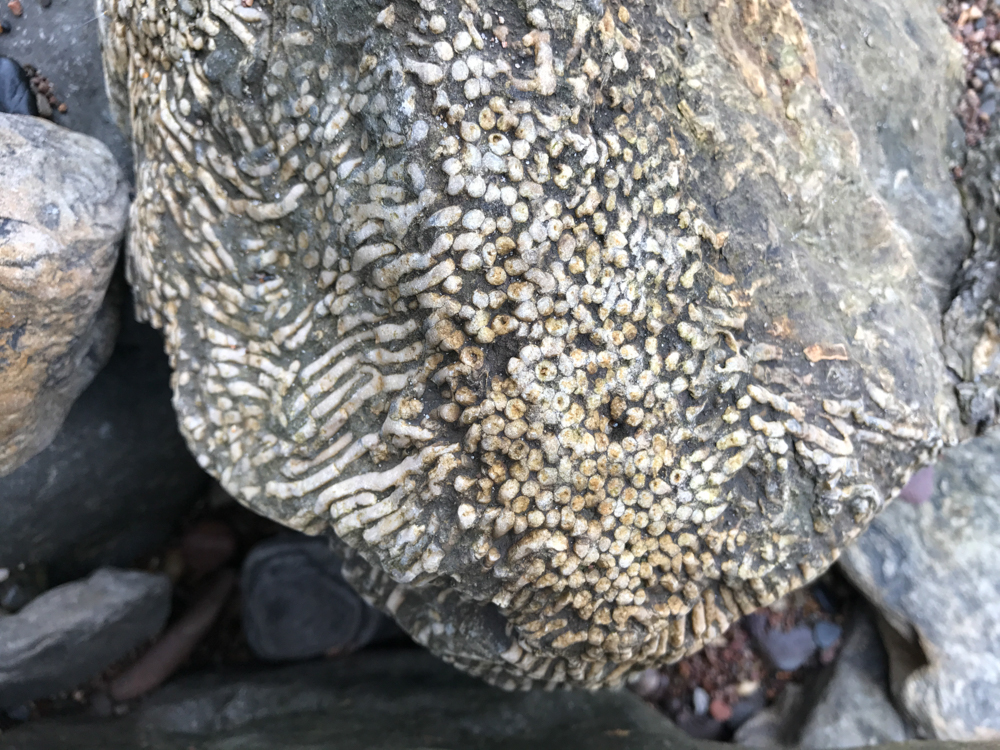 Coral fossils are common in the boulders on the beach. This colony was half a metre across at least. Anyone know the variety?

As you approach the cliff you can see how marine sediments overlay terrestrial strata, with more marine strata above.  I’m no geologist, but I’ll try to interpret the images as best I can.  As ever, if I’m wrong, please feel free to correct me.  I’d love to know more about this subject. 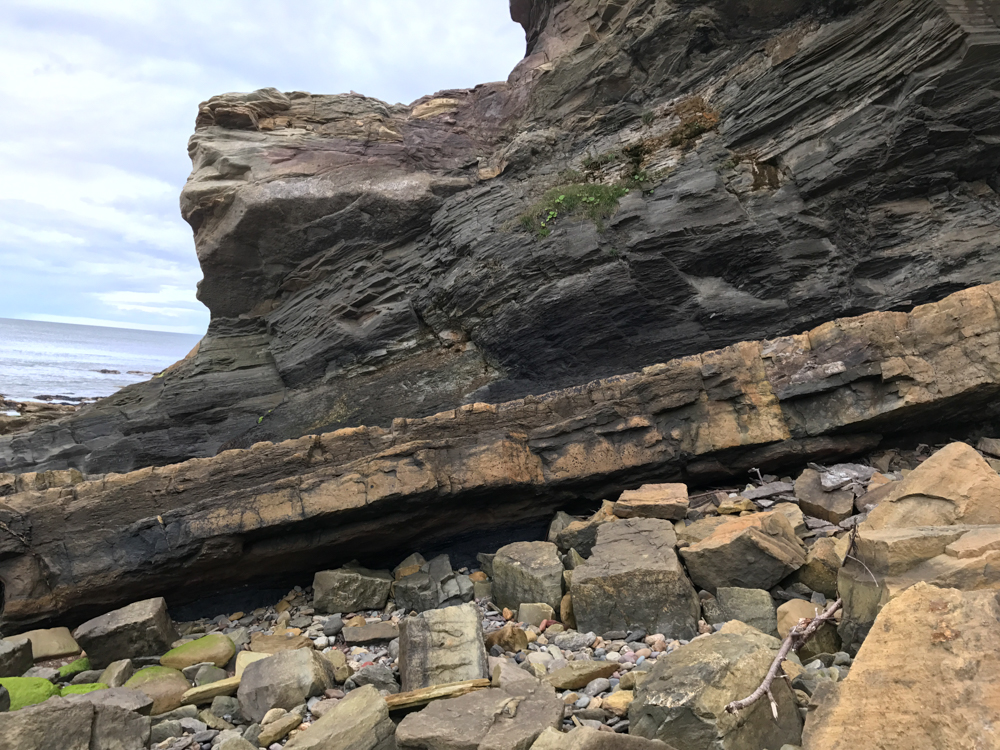 In the image above you can see a robust sandstone layer that has been undercut by wave action, above it are layers of mudstones and shales, overtopped  by sandstones.  The interesting part lies just below this very visible band of tough rock. 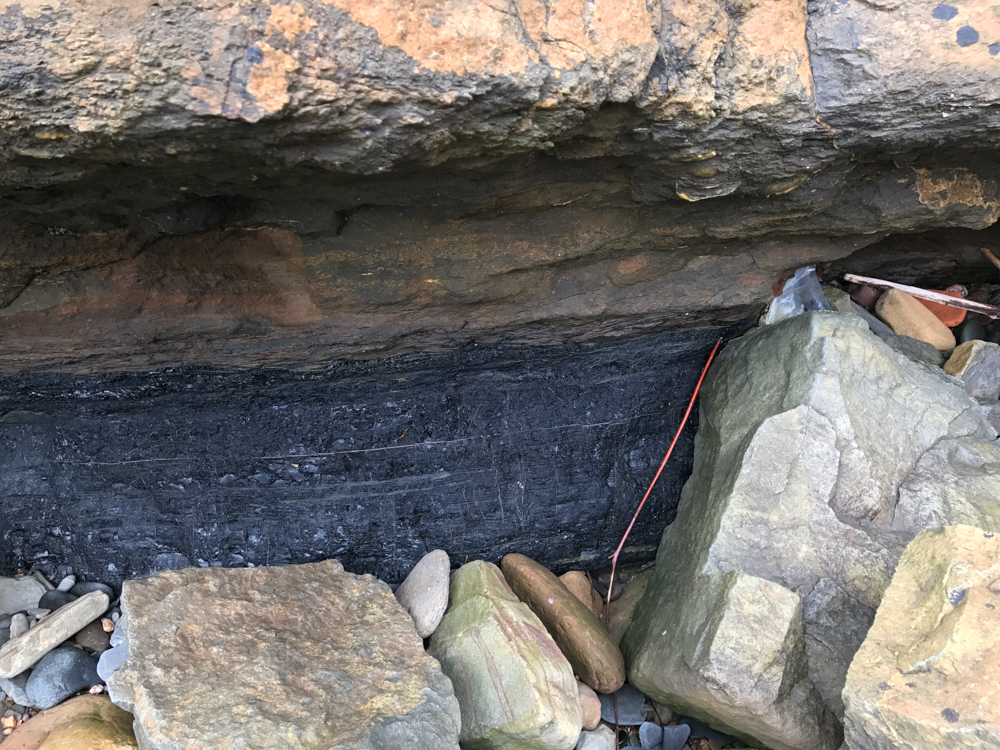 Look closely at this image and you can see a band of coal (formed on what was then land I assume) and directly above it a stratum, perhaps eight inches thick, of coral and bivalve fossils.  I can only assume that what was once a freshwater swamp was inundated to become a shallow, warm sea, before it too was swamped by coastal deposits of sand. 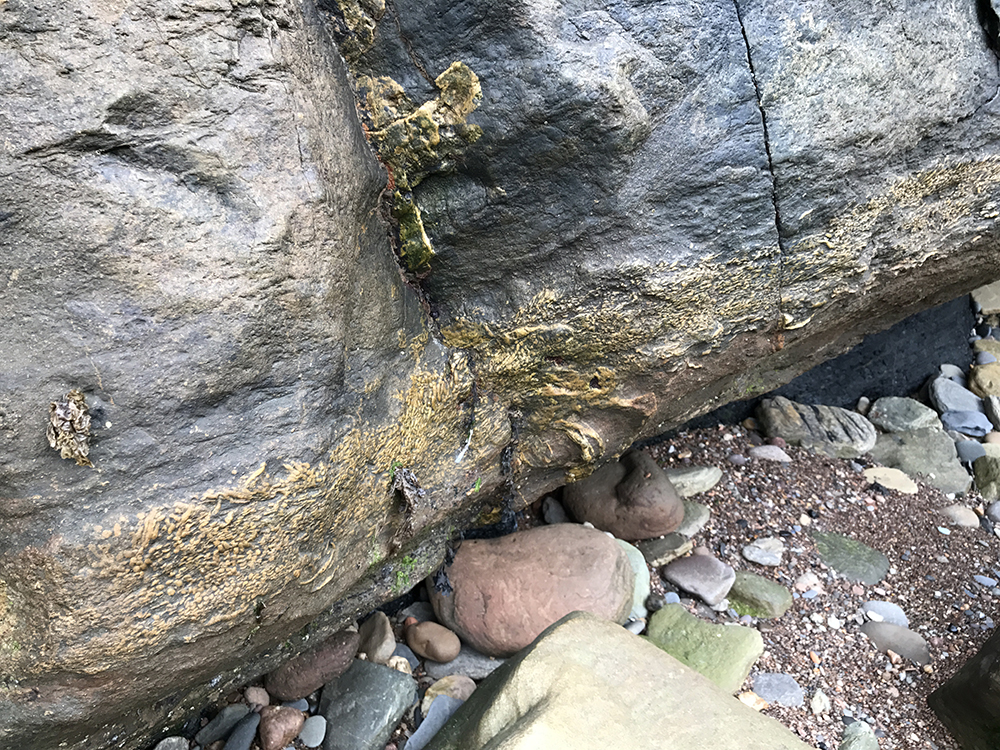 Following the reef strata down to the high water mark shows the fossils a little better. 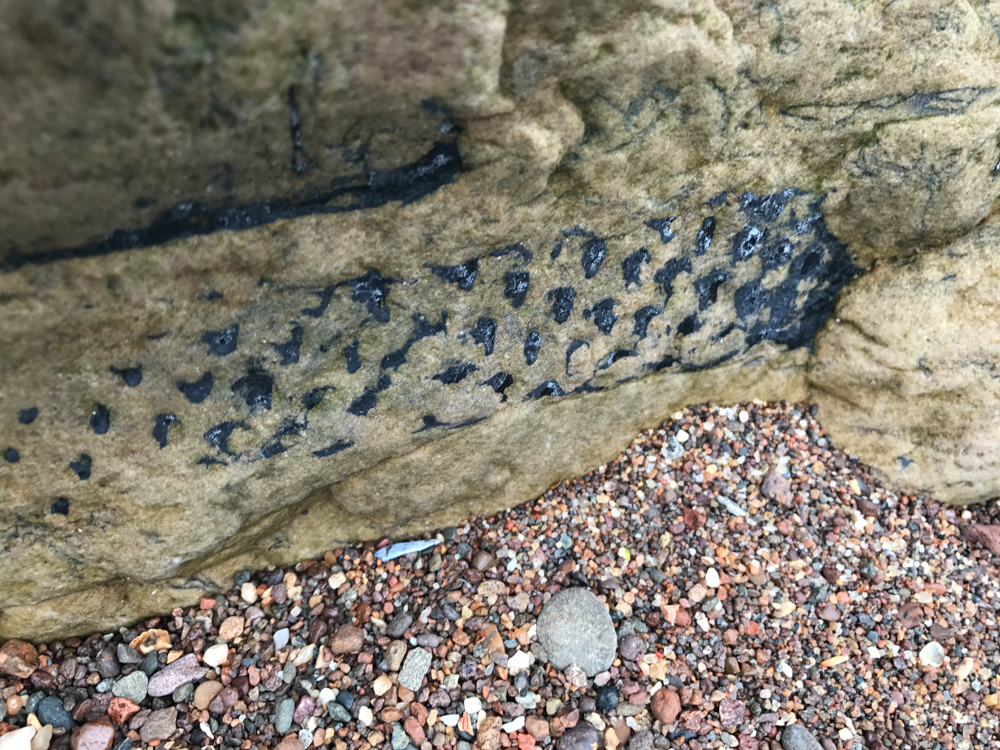 I’m honestly not sure if this is the sort of post readers find interesting, but to me this sort of stuff is fascinating. 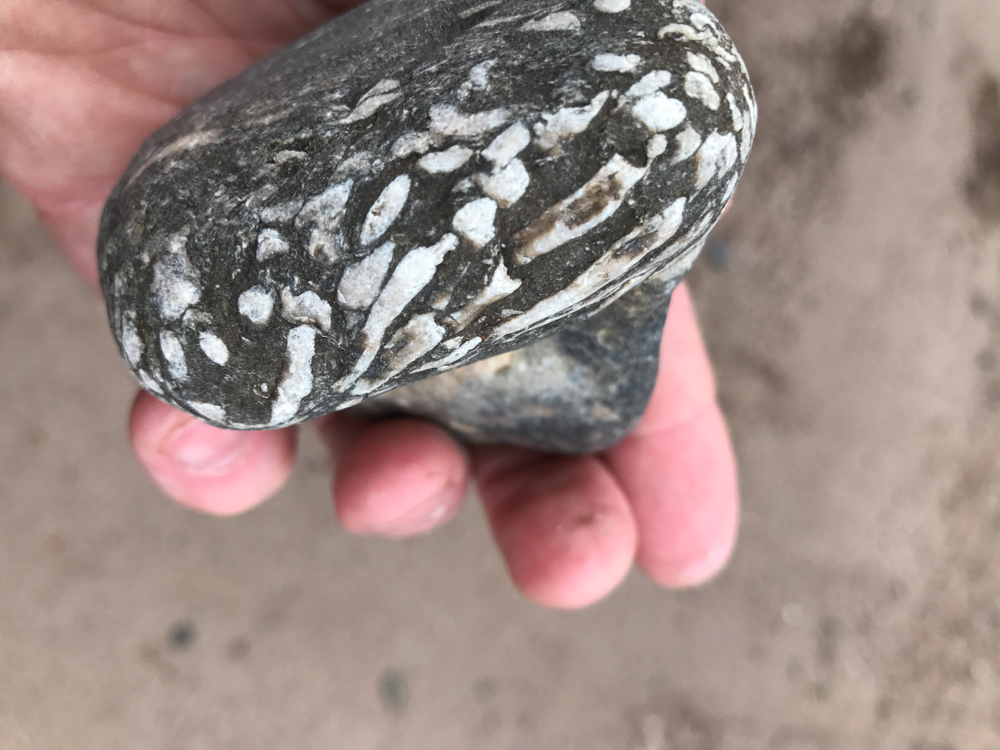 More corals. I’d love to know what they are.