It looks like Reef Octopus is venturing into yet another branch of the aquarium industry with their latest product, which doesn’t even have an official name yet, other than “Wave Pump” stamped on the back of its dry side magnetic mount’s cover. After the introduction of a line of DC powered pumps, time has come for a wavemaker and, in Reef Octopus fashion, this one is a unique and solid piece of equipment that might be the new best seller for the company if it delivers on its promises. 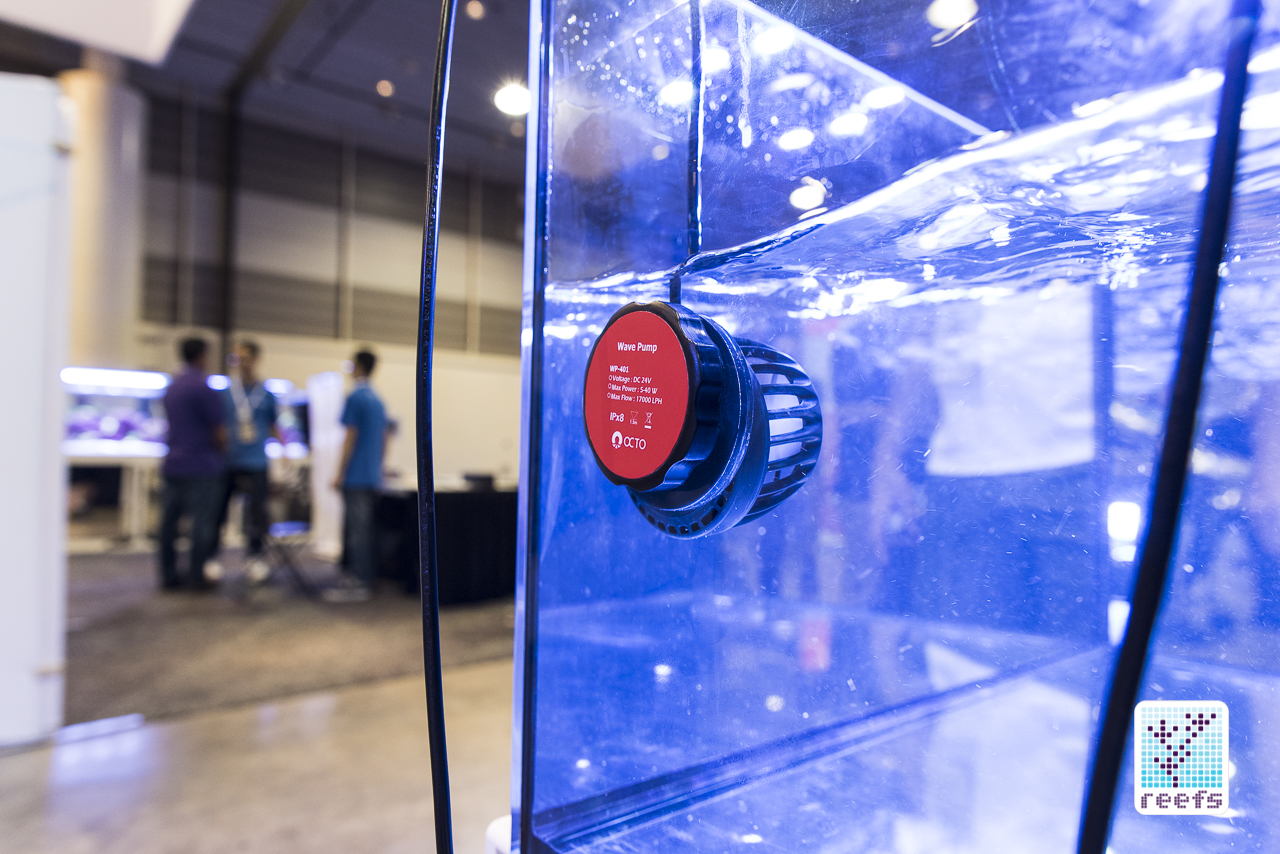 The pre-production model shown at MACNA 2017 in New Orleans is indeed an interesting little pump- at first glance, it looks like a regular, run-of-the mill wave pump- black oval body, standard shape impeller, power cable sticking out of its back and all that jazz. But there’s a twist! Two, to be exact. The first is that the wave pump is very “slim”, almost to the point that I thought that the motor sits on the outside of the tank, like in the Ecotech vortech pumps. Instead, the motor is inside, sandwiched between the propeller cover and the magnet mount, similar to the yet-unreleased Waveline Wavepuck. Just take a look below at pictures of the actual floor model at the show… 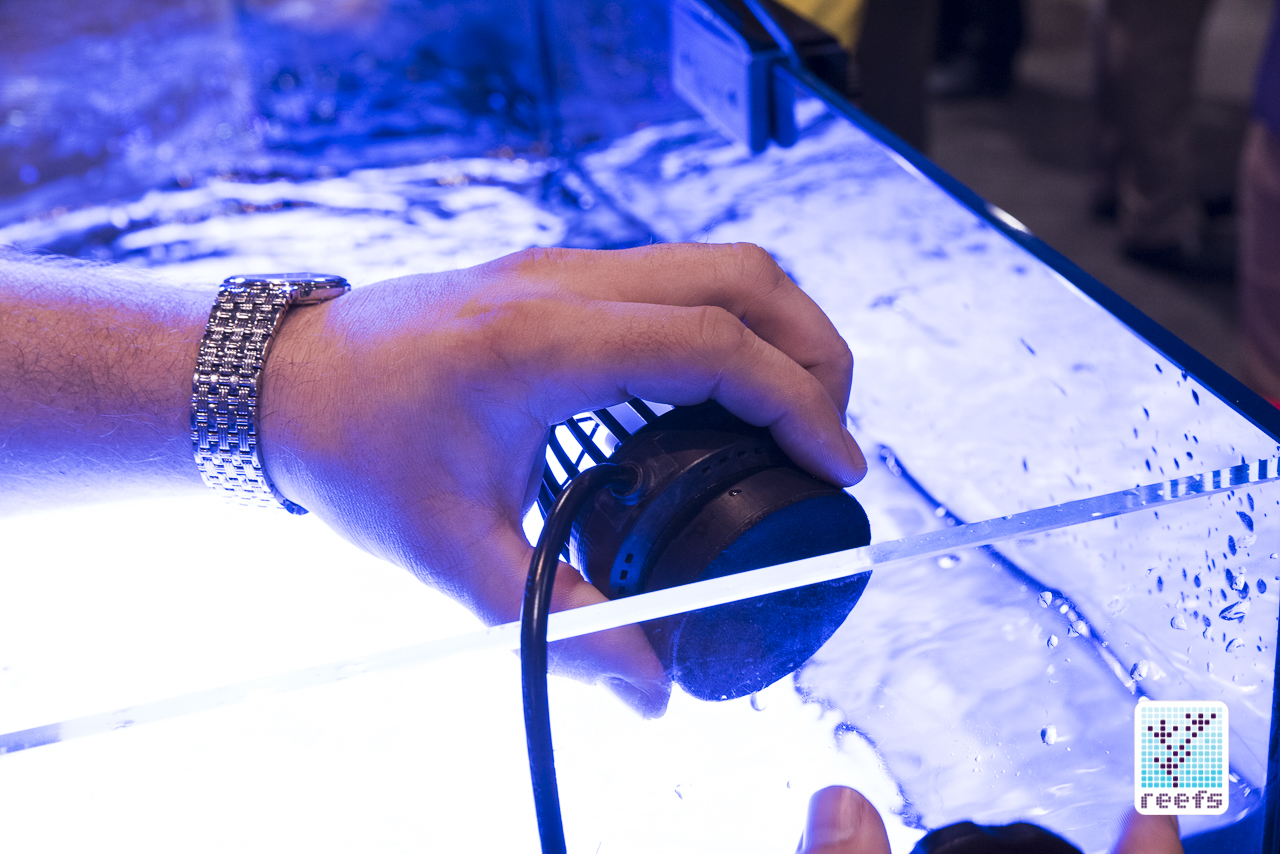 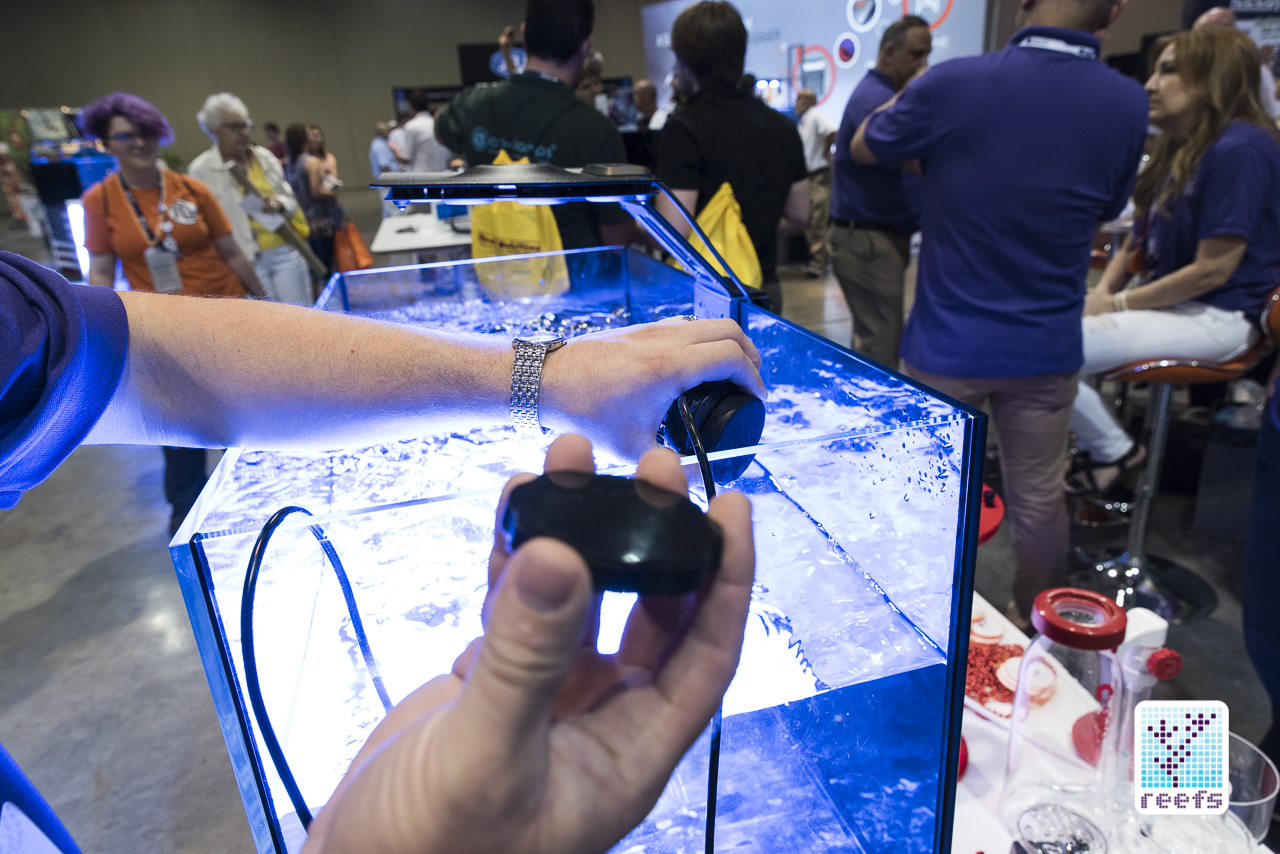 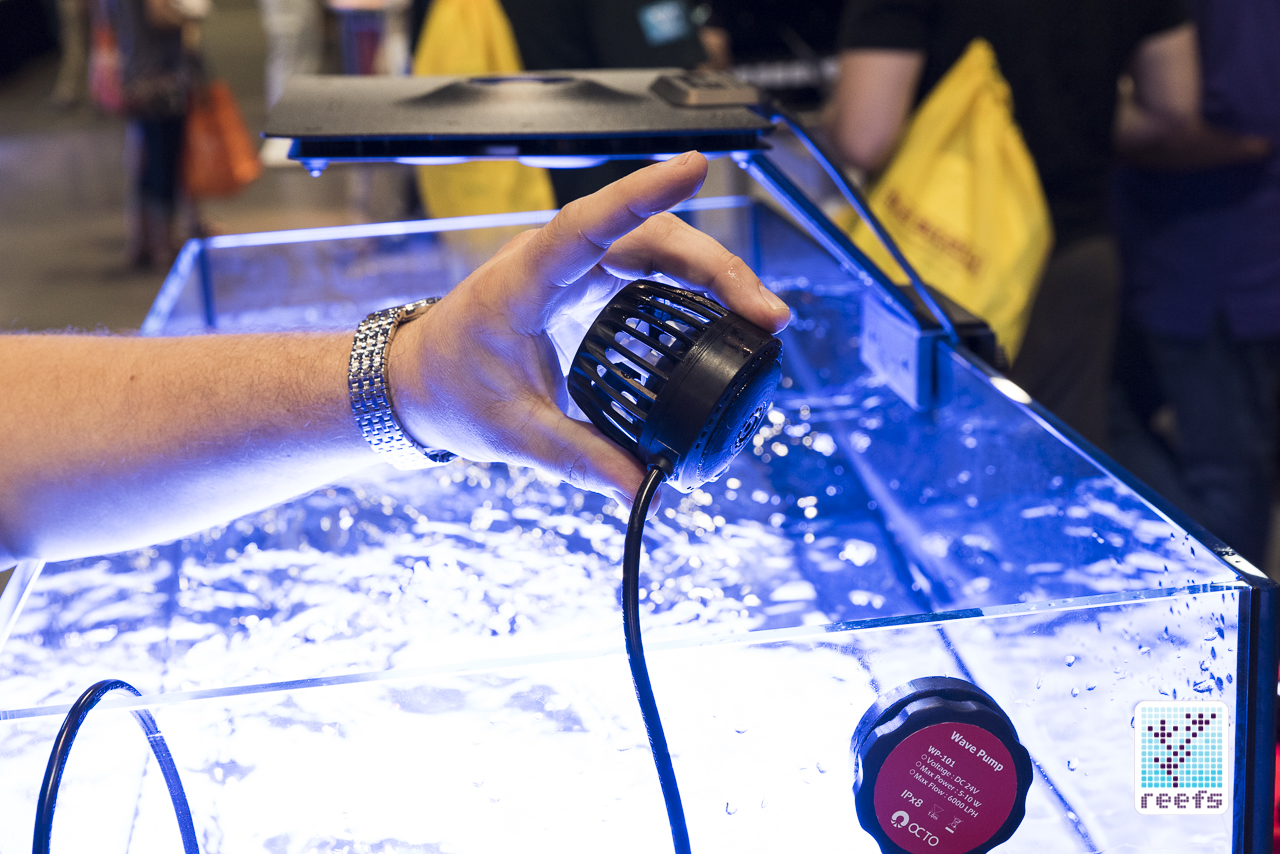 …and, although extremely compact, two of those Wave pumps were able to create a decent wave in the quite large display tank at Reef Octopus’ booth.

The second twist- the dual magnetic mounts on the Wave pump allow it to be angled to some degree around its axis, without the need to rotate the magnetic mount. The inside part of the magnet, molded in a concave shape, couples on one side with the propeller part’s own internal magnet and with the dry side of the mount. 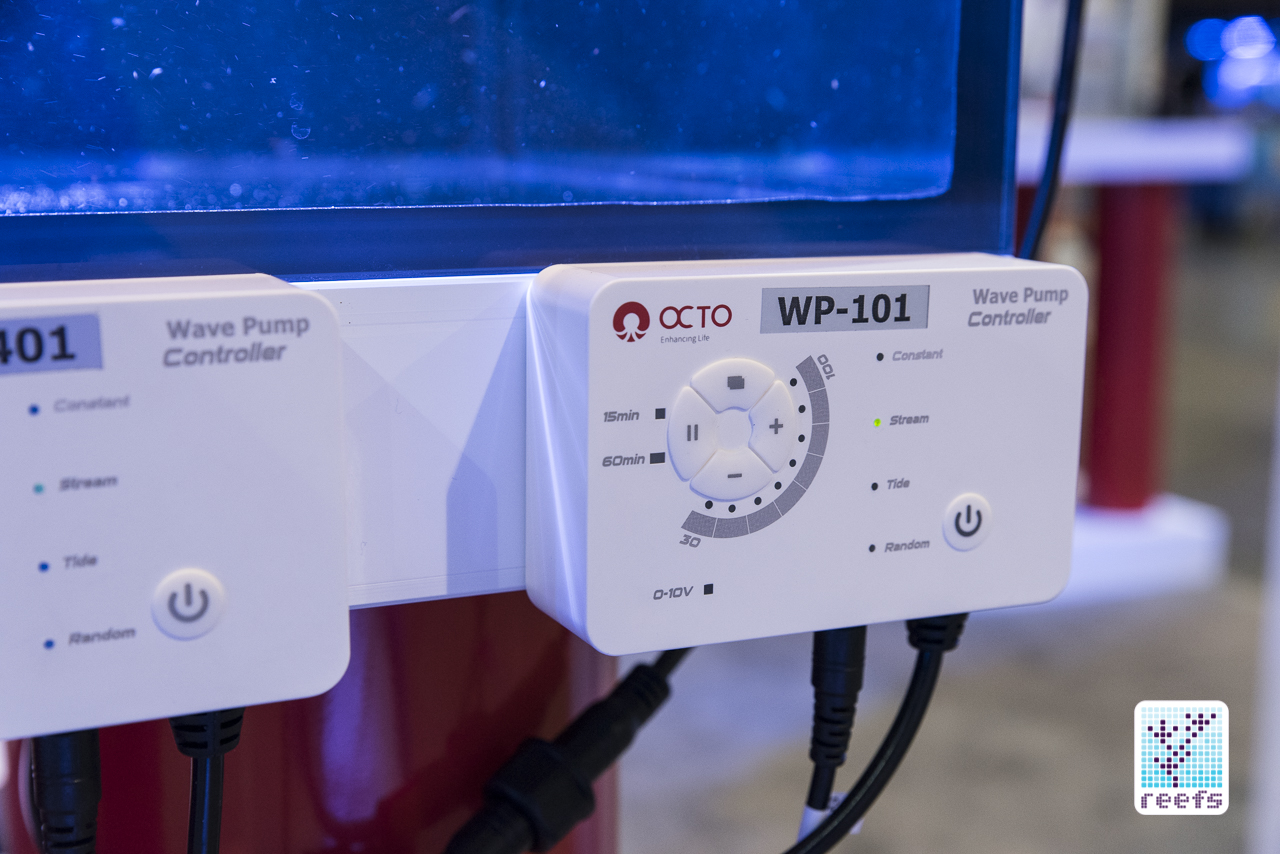 Two models were at display in New Orleans- the smaller WP-101 and the larger WP-401. They both run on a dedicated controller that looks almost identical to the one Reef Octopus features on their DC pumps, except that there are 4 indicator LEDs located between the power button and the speed dial, which shows which preset the wave pump is running on. There is Constant, Stream, Tide, and Random. There wasn’t a lot of information regarding these presets, nor about its gph rating and pricing, perhaps because Wave pump is still a work in progress and things may change once this thing goes onto the production line.

The controller also has a 0-10V port, which indicates it will be possible to hook it up to an external controller, like apex, to remotely program the pump.

The Wave pump is a really interesting product and we want to keep you posted on its development; please check back for more news from Reef Octopus and additional MACNA coverage. Thanks! 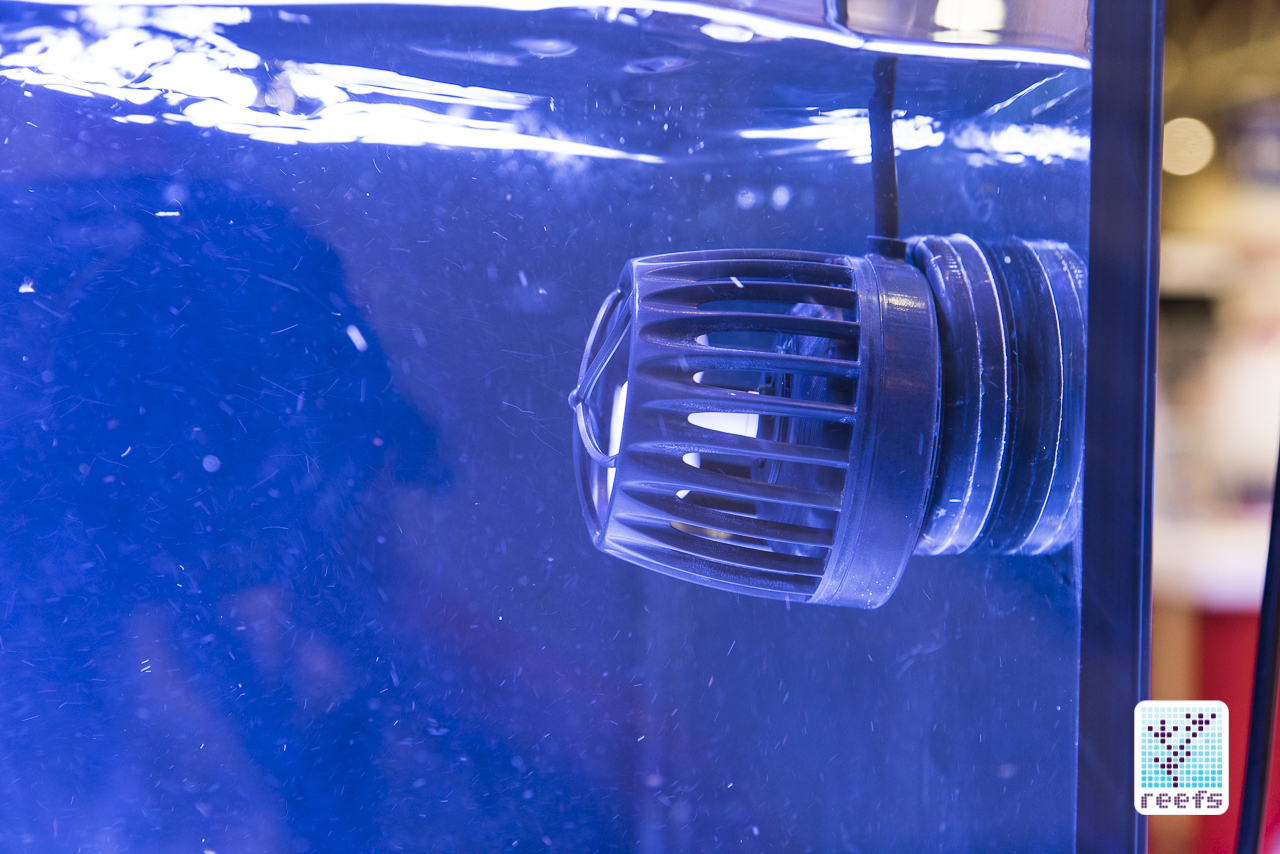 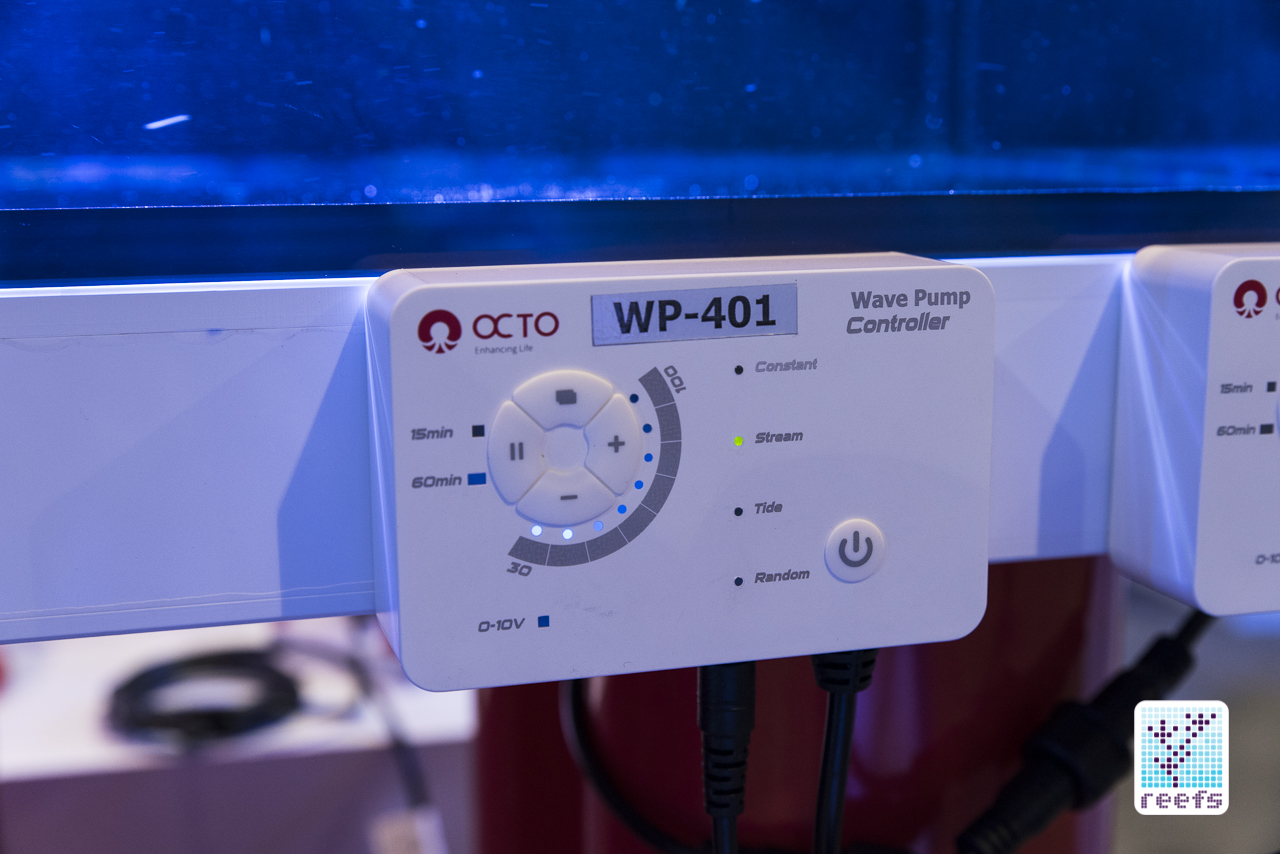 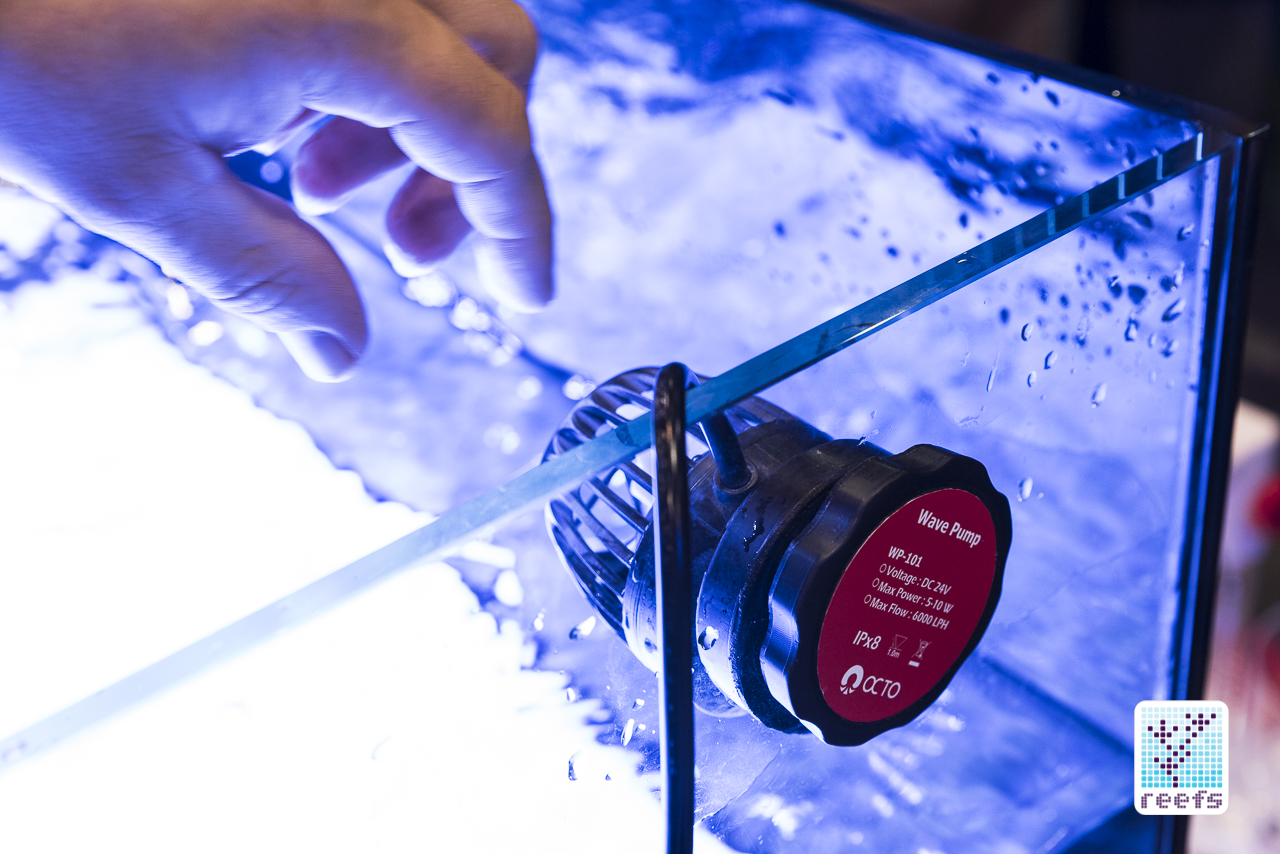 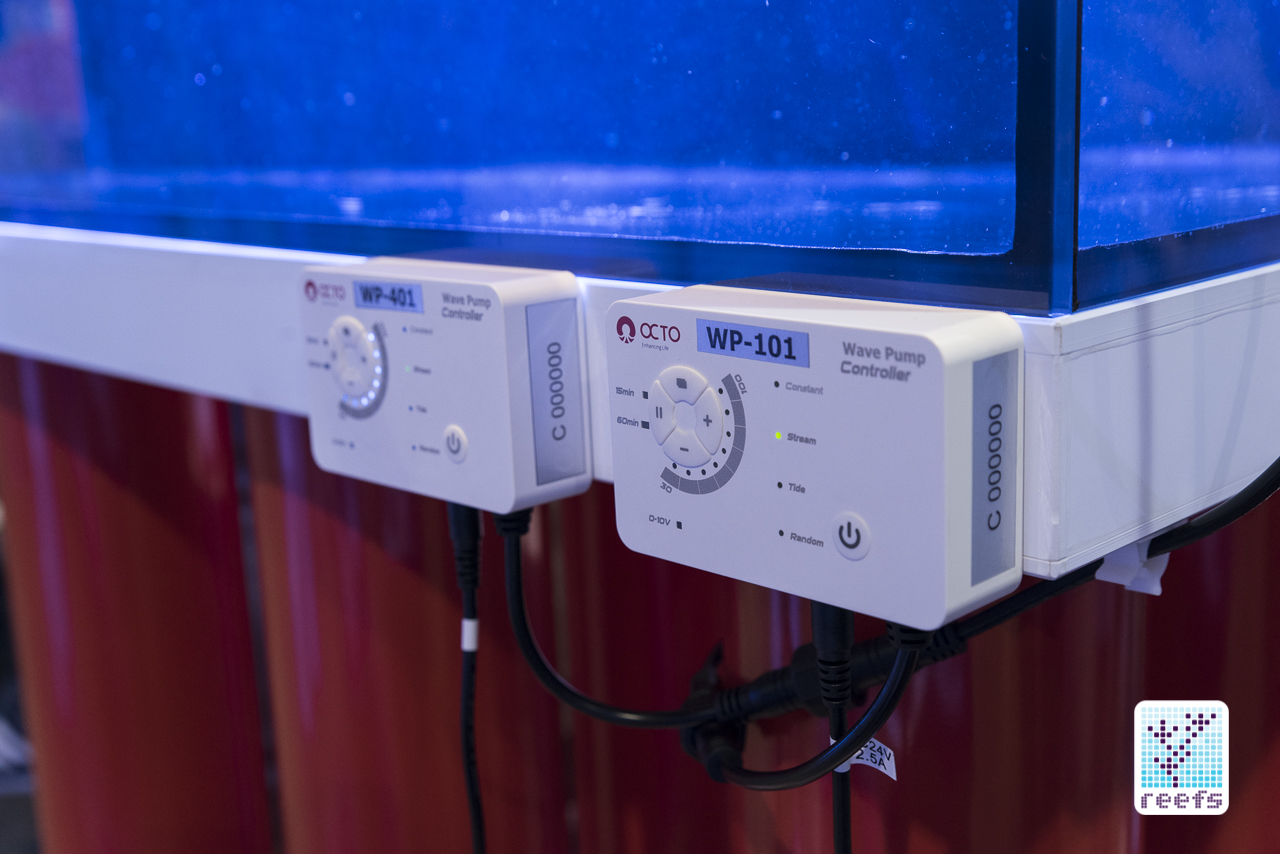