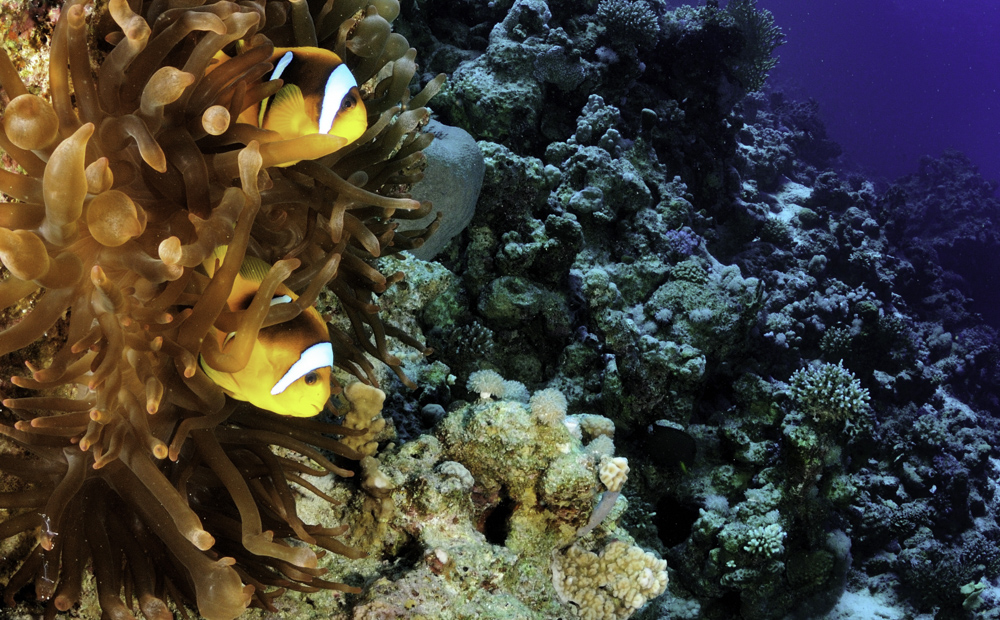 You’d be forgiven for thinking that every anemone was brightly colored, if you were to go by the offerings in dealer’s tanks. Rose red Bubble tips were commonplace in the fish store I used to visit, for example. In reality though, many anemones are rather nondescript animals, that you’d easily miss if it weren’t for the antics of the colorful clowns nestling in their tentacles. 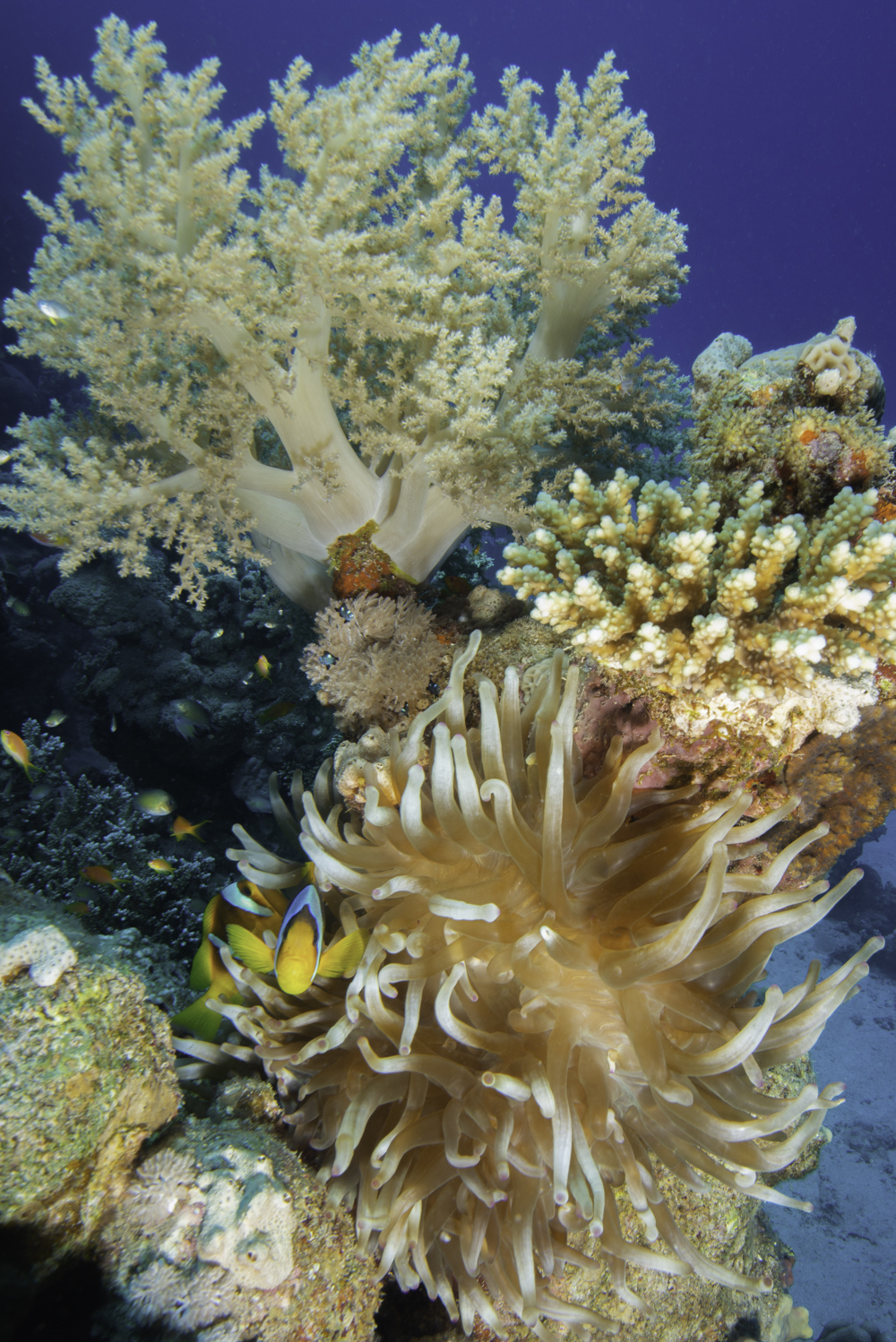 I’m using examples of ‘nems from the Red Sea for this post: I dive there frequently after all, and it’s where the bulk of my shots come from. In the Red Sea the commonest anemones are the Bubble Tip and the Leathery, Entacmaea quadricolor and E. crispa, though on some sites Heteractis Magnifica is locally common. 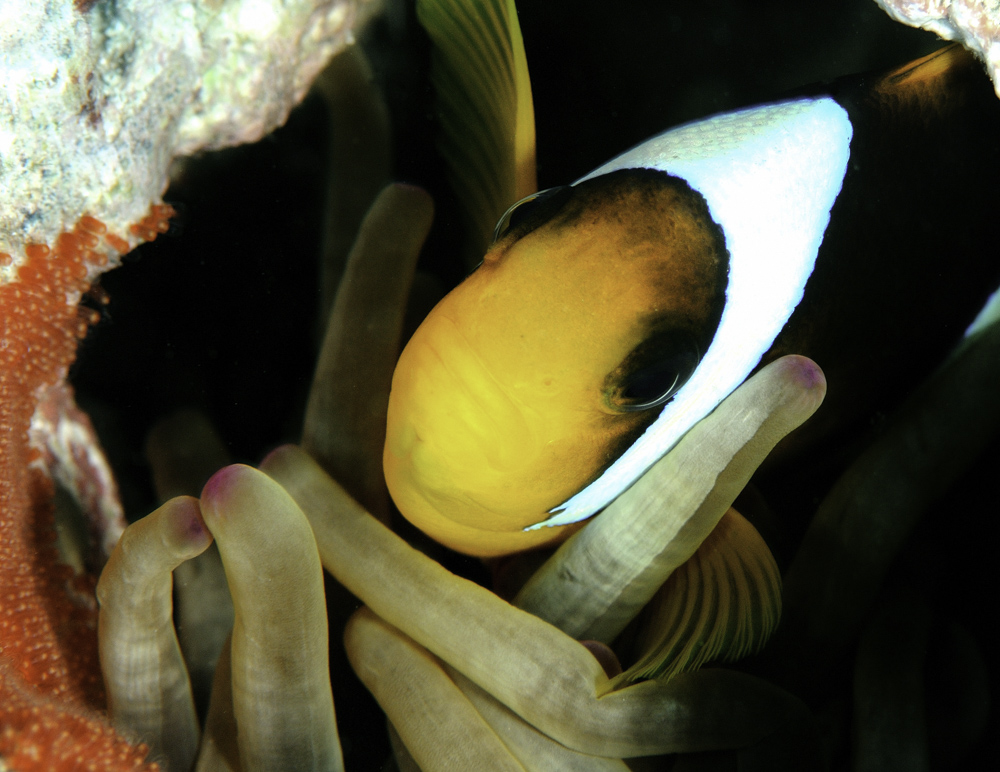 Both quadricolor and crispa are predominantly drab brown affairs, but on occasion bright red (and slightly fluorescing) specimens can be found.
Aquarists might expect that finding red ‘nems would be quite easy, but that’s not the case. In fact, there are so rare that you can go on a whole dive trip and only find one, in fact they are that sought after that they often make an appearance in dive briefings. This has on some occasions backfired, with photographers so determined to get an image that the coral around the ‘nem is damaged. 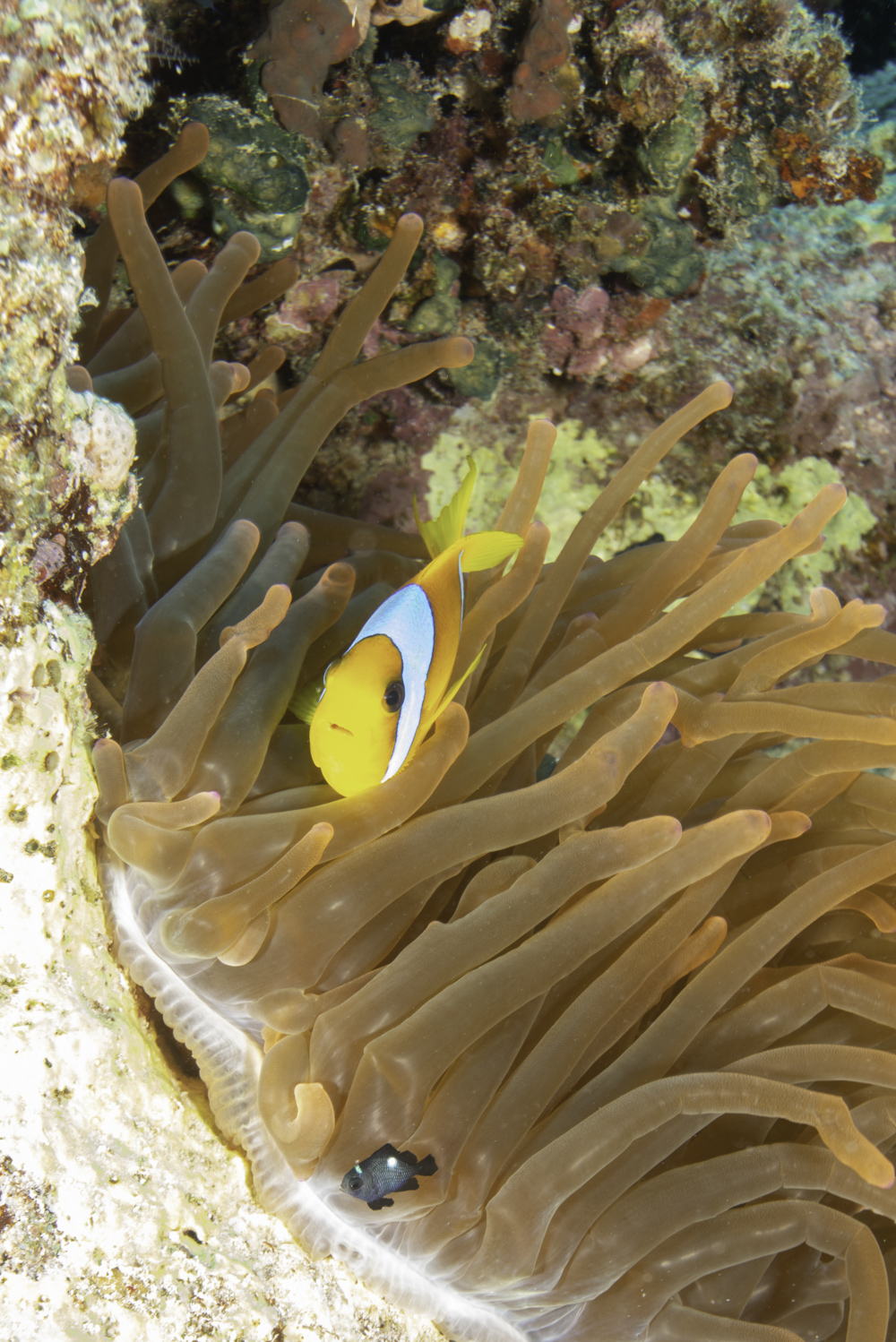 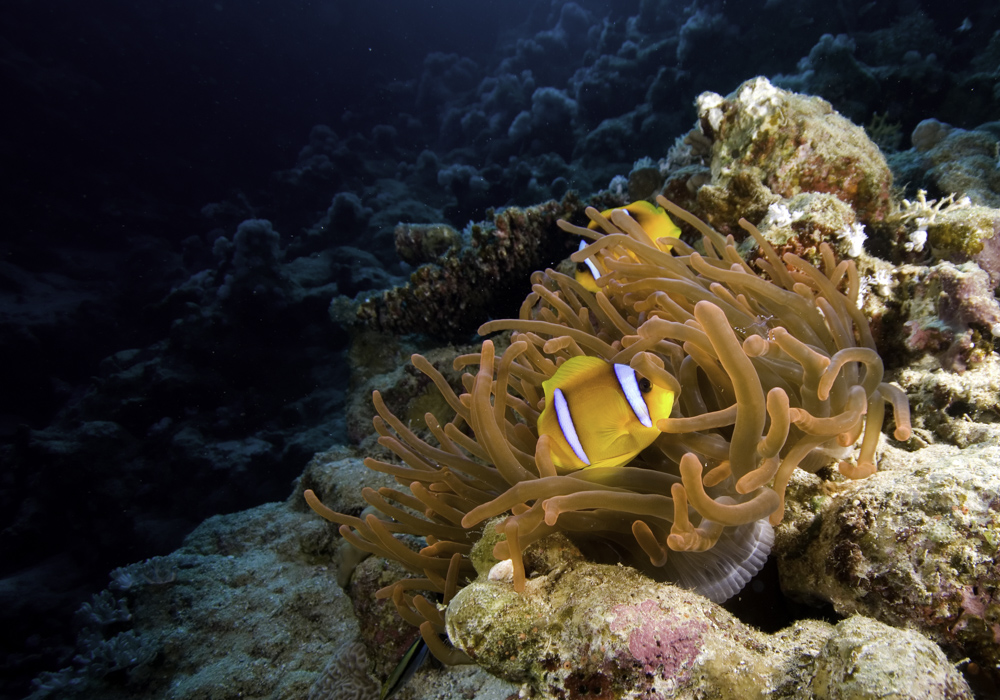 I have on one occasion, in the Gulf of Oman, found a real treat, an orange Bubble Tip, which I’ll share in another post.