Monday Archives: “Mouthbrooding” – So Much More Attractive Than “Mouth-Breathing” 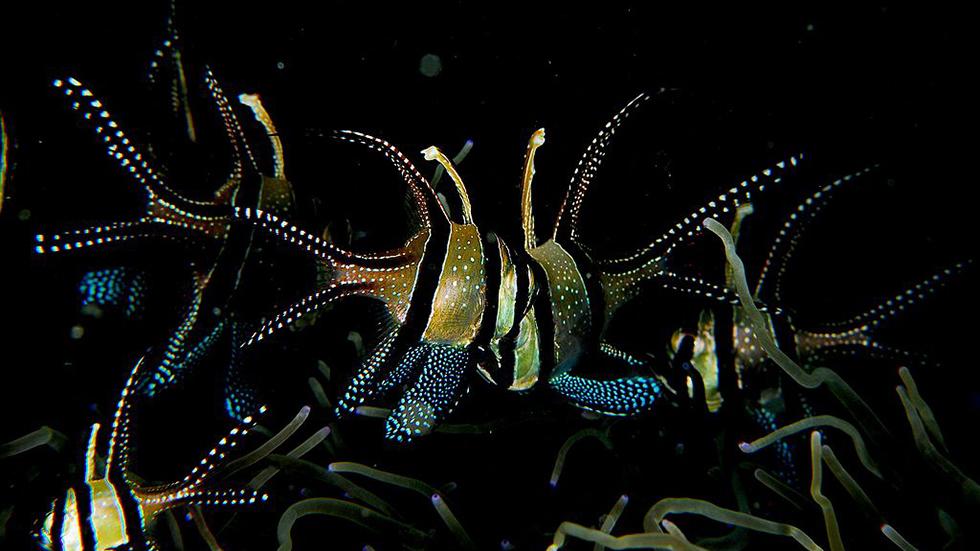 Apologies to anyone with sinus issues, but facts are facts. Anywho, very much like that little tidbit of a fact, this is hardly news, but thanks to Ret Tablot, I’ve got Bangaiis on the brain and figured I’d merge that into an ongoing theme of fishy breeding habits, so here we go.

First, let me point out a grossly irritating inaccuracy here – Bangaii Cardinals are NOT endangered, merely in danger of being threatened after a 90-day observation of findings. Over-dramatization and misinformation does absolutely zilch to aid a species’ endangered status, so I really hope outlets such as weather.com will stop throwing gasoline on an “anti-hobby” fire without even the wobbliest of legs to stand on.

OK, exhale. So, mouthbrooding is not a common practice in saltwater species; this practice is limited to cardinal fish and Opistognathidae (jawfish). More commonly observed within freshwater species, this behavior consists of one sex (the male in the instance of Bangaiis) hoarding a bunch fertilized eggs in one’s mouth. Don’t go scolding me that “a bunch” isn’t a valid form of measurement, let me get to that. I want to really talk about Bangaiis.

Bangaii Cardinalfish, Pterapogon kauderni, are striking fish. Pearly, dusky grey scales are dappled with stark white dots and painted with three bold black stripes. They boast an iconic shape, even an elongated anal fin, one that would make your average damsel putridly green with envy. After the usual daunting courtship, the female expels eggs from her urogenital papilla, about ninety or so, and the male briskly gobbles them up. This Rainman of fish is somehow able to detect duds, ejecting dead eggs to reserve his care taking for the strong and promising of the clutch. Ever the hero, the male refrains from eating for a duration of up to 30 days whilst the eggs progress. Thank goodness humans don’t reproduce this way, we’d be extinct, for every slice of pizza dangled in front of a man’s face, an entire clutch would be spat out and trampled over for just a taste.  As the man guards their eggs, the lady guards her man, “trembling” by his side, confining him to a intimate, relaxed space, chasing off intruders.

After hatching, the juvenile cardinals hang around their oral dwellings, like a human housed until they set off for college. Therefore, the babes are quite a bit bigger when they eventually leave home, as they grow severalfold while brooding in their old man’s trap. Even after release, the juvies hang around their parent’s habitat, never venturing far from home. Sadly, the father never takes much notice of his offspring, perhaps because he just spend thirty days starving to keep them safe and warm and he feels like his work is done.

So there you have it, a tiny speck of knowledge in the grand scheme of the nautical birds and bees. 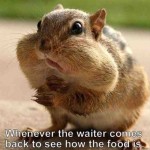