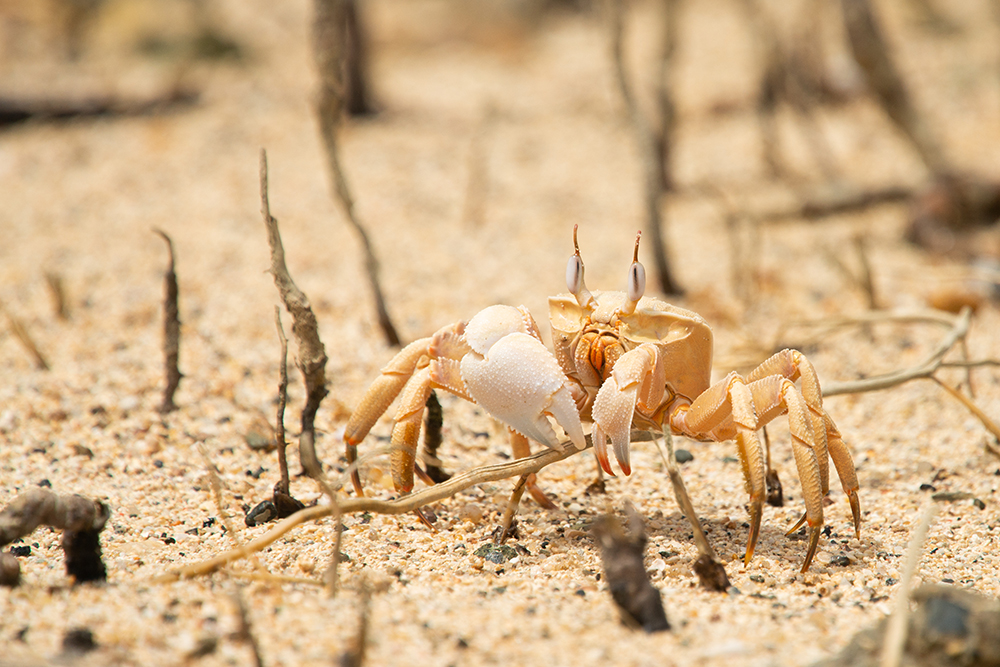 The southern deserts of Egypt are not known for their lush and verdant foliage;  strong winds, little if any rain, and baking sun doesn’t tend to favor plant life.  Unless that is, you visit the occasional green oases that dot the coastline.  These images were taken at one such location, a small bay called Wadi Lakmi.  Wadi are low lying flat lands that when the storms do come – perhaps once a year – come alive, and where the meet the Red Sea, muddy coastlines rich with silt and organic matter can form.  These sites are very different from much of the Red Sea coastline, which is rocky and more suitable for fringing reefs to occur. 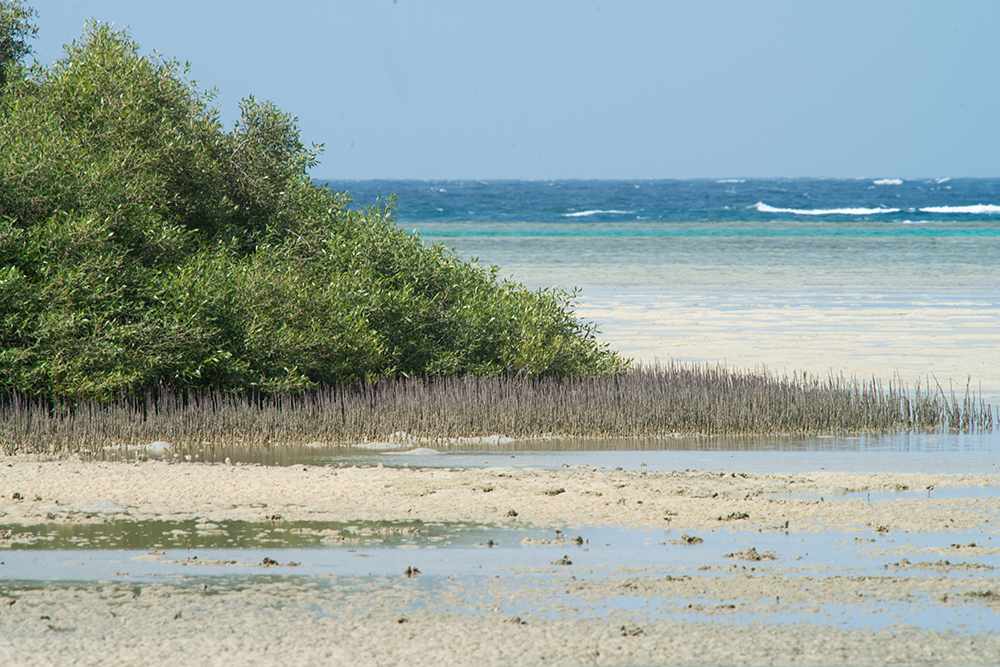 This thin strip of mangrove is the very robust Avicennia marina, the white mangrove.  It has extensive pneumatophores (a feature of the genus) and can stabilize a great deal of sediment, much to the delight of the resident crabs and seabirds. 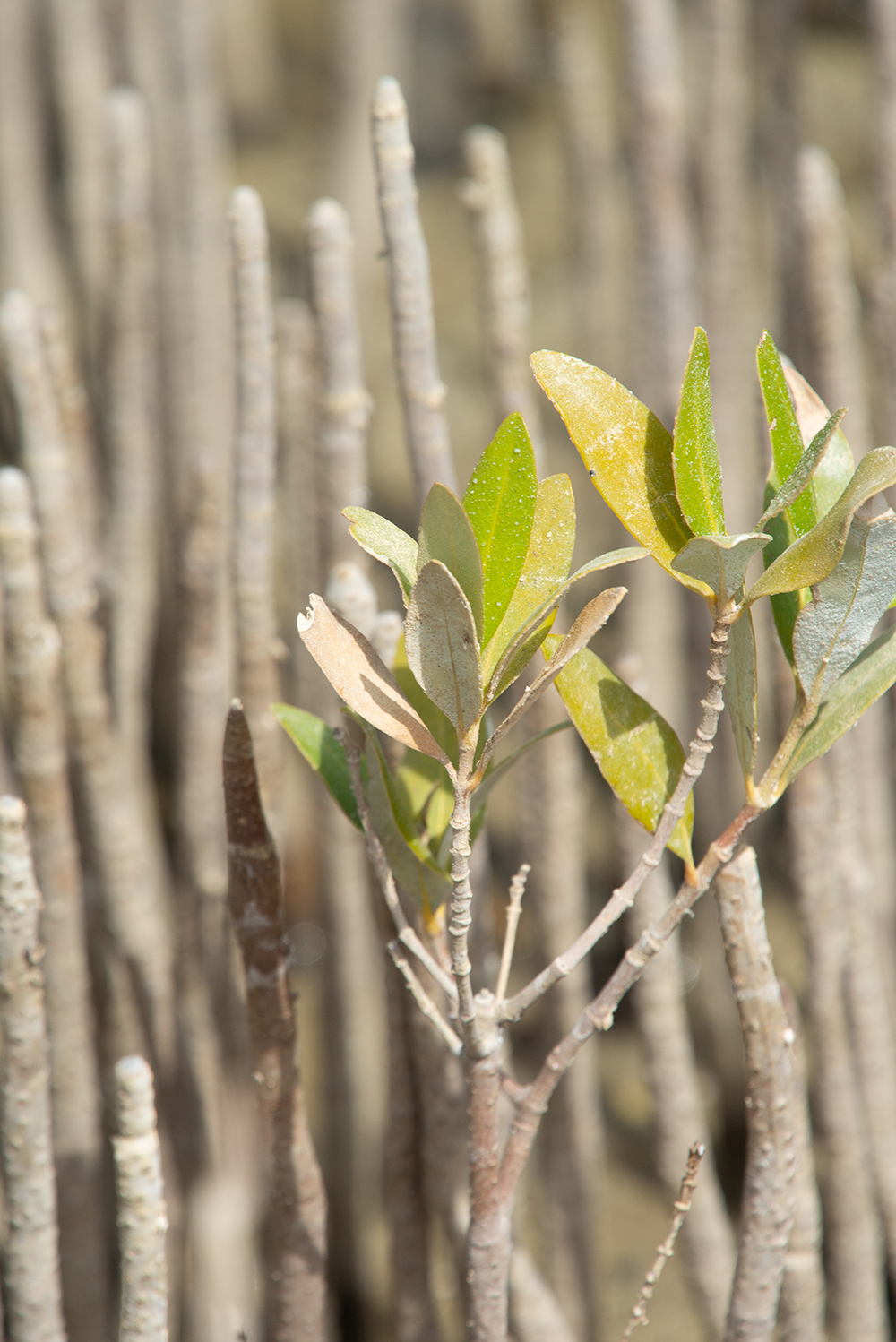 A. marina deals with salt by excreting it through its leaves.  It has heart shaped, fleshy fruit quite unlike the long and thin propagules seen in Rhizophora species. 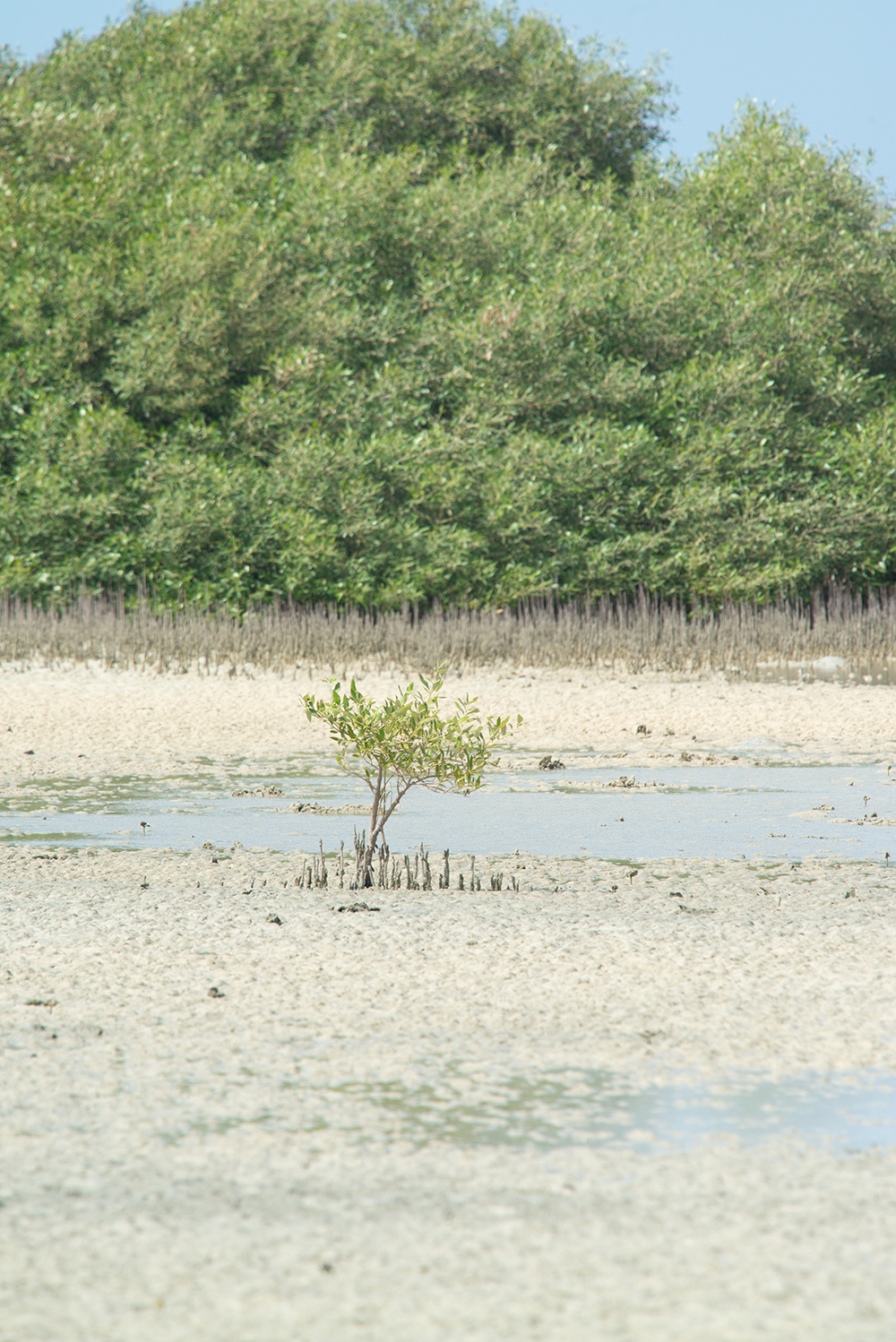 The muddy landscape appears quite lifeless for much of the day, but when the water returns with the tides, a great number of species from small grazing gastropods to ghost crabs appear.  It would appear from shell evidence that many bivalves are present, leading a life encased in mud. 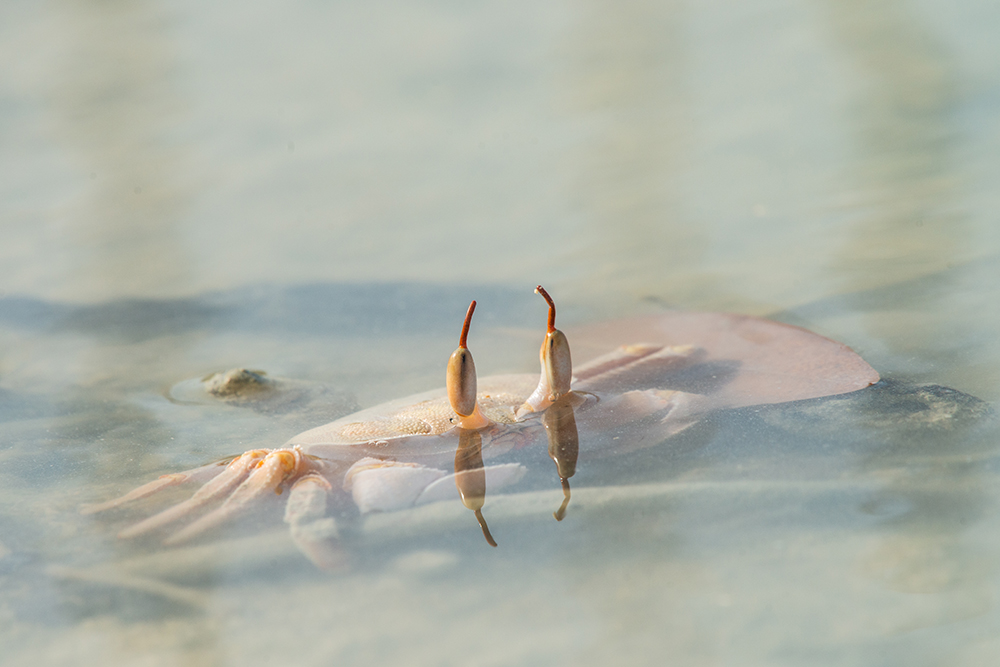 This landscape offers a range of opportunities for sea birds, from terns to egrets and if you’re lucky to spot them, magnificent predators such as osprey. 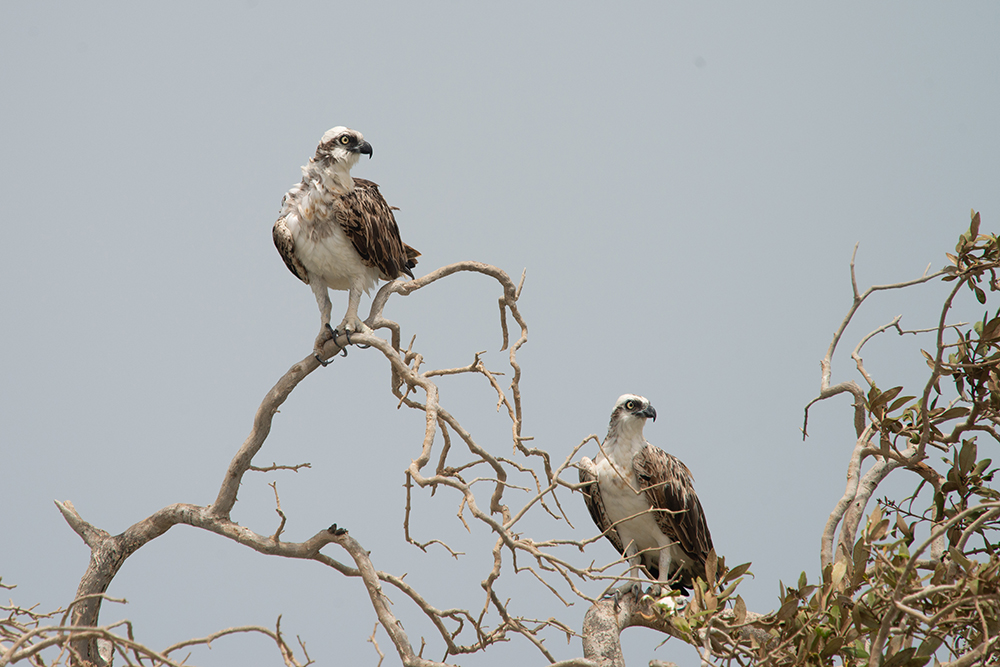