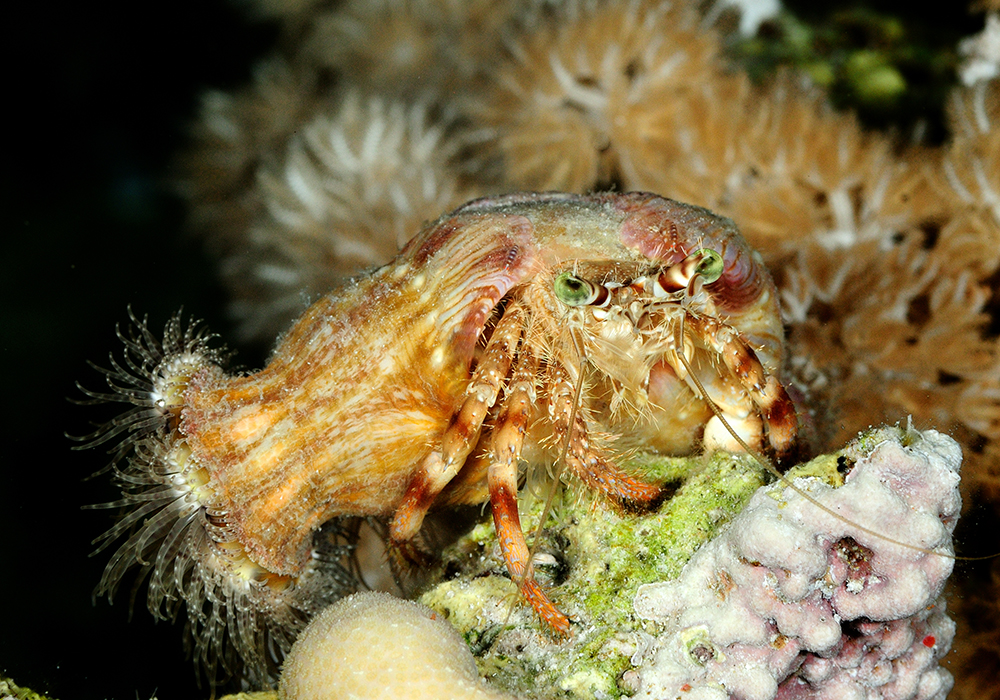 I think most folk with an interest in the underwater world have a liking for hermit crabs, there’s just something quite endearing about watching them navigate their world, protected by and yet, at the same time, encumbered by their stolen home. Aquarium-friendly hermits tend towards the small, and you possibly wouldn’t want any of these characters in an aquarium, but they’re fascinating nonetheless.

I come across these crustaceans quite frequently on night dives in the Red Sea. I believe this species is Dardanus tinctor, but as ever I’m happy to be corrected. It appears this genus of crabs contains several species which have a relationship with anemones, and they make great portrait subjects. 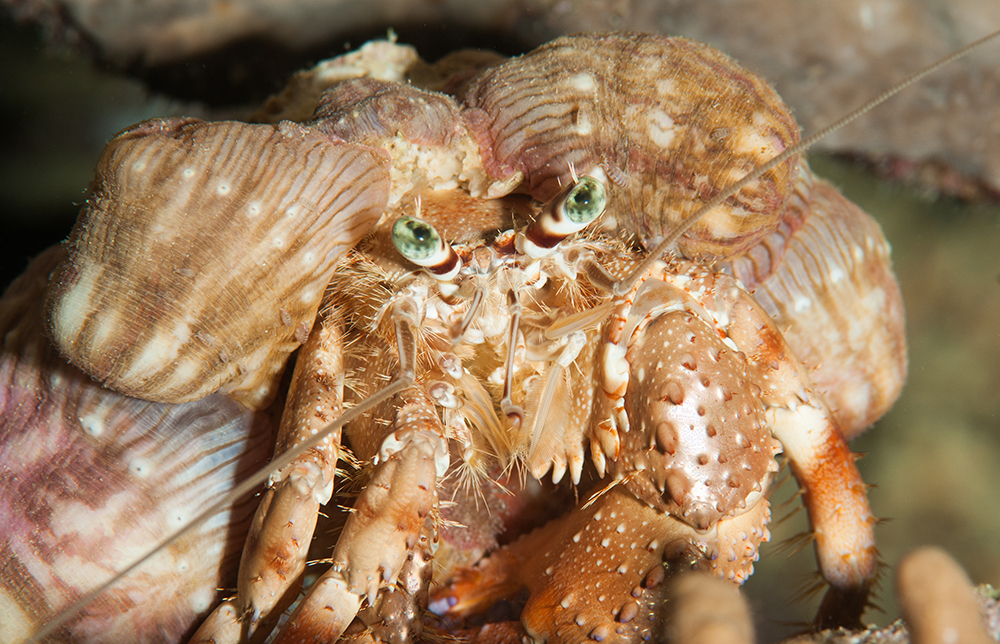 The crabs collect and keep several anemones on their shells; this species is using Calliactis polypus. When the crab transfers to a new shell it reportedly removes its ‘nems from the old shell and reattaches them to its new one, in a process I’d love to observe. One observational study chronicled how the crab taps and scratches at the anemones’ columns in order to get it to relax and thus detach.

Whilst the crabs gain a degree of protection, lent to them by the anemone tentacles, the anemones benefit though occasional trapping of the remains of the crab’s meals: they are messy eaters. This would best be described as a mutualistic relationship, where both species benefit.

I noticed when I first worked on these images that there are several small crustaceans – they appear to be isopods – living on the anemones. If anyone has any information on these, please get in touch.