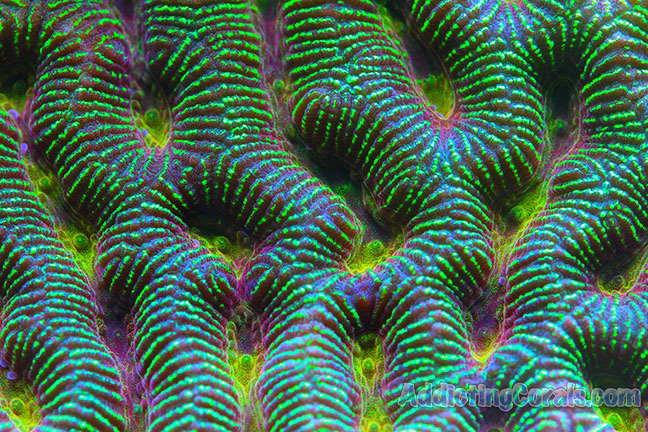 The Amazing Race Platygyra is one of the most colorful Platygyra corals that we have ever seen in captivity. We made this coral a new Limited Edition on July 4th 2011. Corallite valleys were originally green to yellow with a band of pink purple that occurs between the upper ridge and lower valley areas. Upper ridges are lined with short green perpendicular stripes. Blue pigments can develop on the ridges between green stripes. This coral has been growing well in captivity and has been producing fragments relatively easy. When the coral extends its polyps during the daytime photoperiod, valleys appear orange with green centers. Ridges have retained their brilliant perpendicular green stripes. Photo and text courtesy of Reeffarmers.