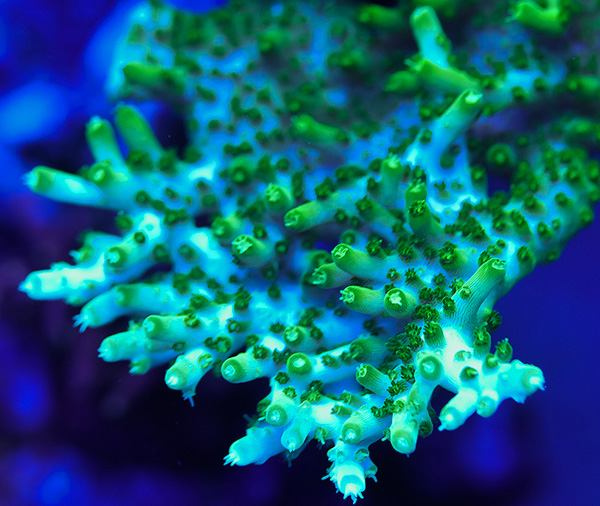 The Castells Banana Table Acropora was exported from Australia in June 2009. Rogger Castells (Chef Rogger) acquired the table from a South Florida Coral Wholesaler. Rogger is the owner of Roggers Reef Food and he has maintained very good records of his coral purchases. This coral was originally a brown table with a slight lime green coloration overall. He kept the coral under 400 watt 20,000 K and the lime green turned dark green after 6 months. A few months later it eventually developed into a deep solid green with lime green branch ends. These lime green lighter branch ends appeared yellowish at times (see image below).

Rogger only made one fragment from the parent colony which was given to Victor and Lou of World Wide Corals in 2011. The below image shows the OG original parent colony right after that single fragment was harvested. The parent colony was eventually lost and WWC grew the only surviving fragment into a decent sized parent colony once again ready for harvest. While WWC was regrowing the clone colony in captivity, the coral also developed some amazing blue branch stem coloration very similar to the Lime in the Sky branch stem blue. That added another dimension to this coral and helped elevate it to Limited Edition status.

Reeffarmers is maintaining a seed section of this coral in a 8 foot Raceway Gyre BiZonal system. This system is naturally filtered with a semi-cryptic zone and a reef flat exposed zone. In this captive reef the coral is positioned to receive strong to moderate light and moderate to strong water current. The first edition fragment of this coral was sold privately to Greg Polec. Recommended list price on December 30th 2014 was $149.99 for a small fragment. 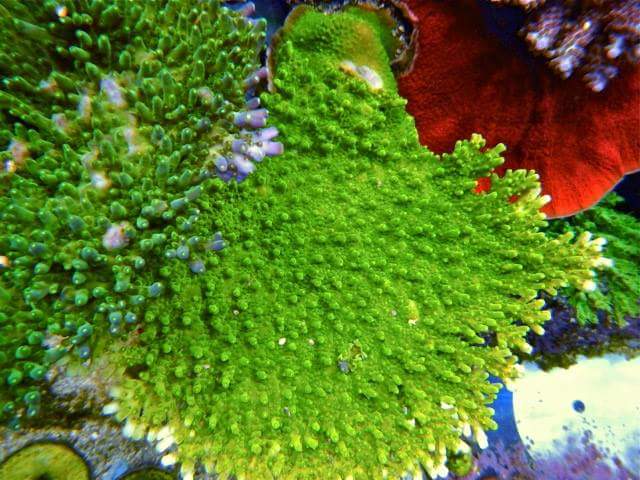