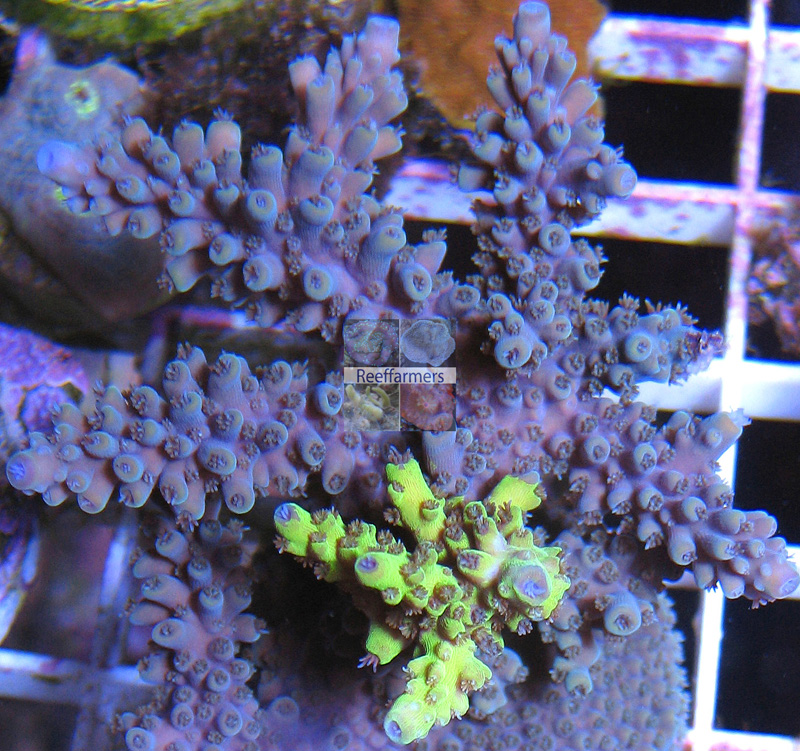 Another grafted Acropora coral that has gained or fused a new pigment while growing within a captive reef system. This normally purple blue colored Acropora divaricata initially developed a bright green fluorescent pigment on one of its lower branches. This bright green pigment is believed to have come from a Fluorescent green Pocillopora damicornis coral. From its initial contact point the pigment slowly expanded across the surface of the coral. Photo and text courtesy of Reeffarmers.