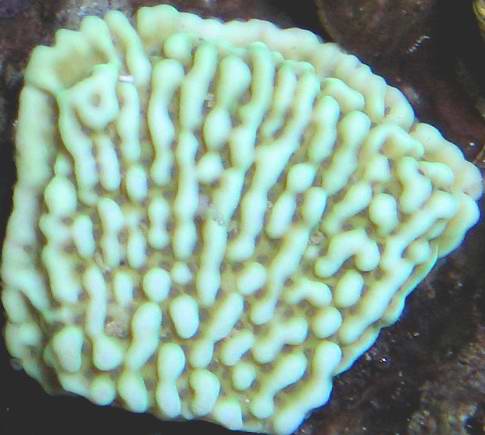 This particular Montipora palawanensis had some very prominent large verrucae on its surface. These verrucae fuse into continuous ridges or formed irregular patterns. A large plate of this coral with its large ridged tuberculae can make for an exotic looking coral. This is a slow to moderate growing coral that forms thick plates. The surface of the plate is an intense green coloration with green polyps. Sometimes the polyps can become blue colored.