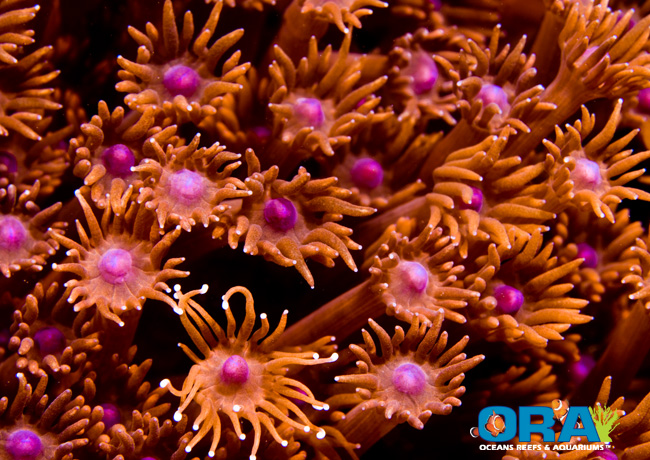 Red Goniopora also called Red Flower Pot is a large polyp stony coral. It has long flowing polyps that are intense metallic red with a bright purplish blue polyp center. This species has been propagated at ORA for many generations and has shown itself to be much easier to maintain than wild varieties. Red Goniopora tends to be an aggressive coral and when placed near a competitor it will supercharge it’s tentacles with nematocysts giving them a white-tipped appearance.