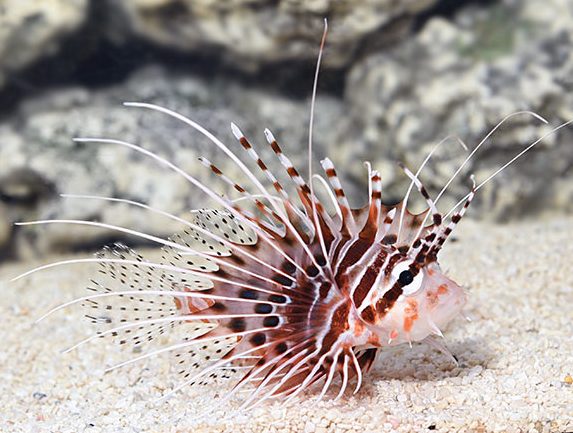 The Antennata Lionfish, also known as the Ragged-finned Firefish or Spotfin Lionfish, has red, white, and black vertical stripes along the body. Its most striking feature is its large, fan-like pectoral fins and tall, quill-like dorsal fins, lacking connective tissue, giving them a spiny look.

When first introduced into the aquarium, live saltwater feeder shrimp should be used to entice this fish to eat. After acclimating the diet should consist of meaty foods such as live shrimp (including ornamental shrimp), live fish, and sometimes, crustacean flesh.