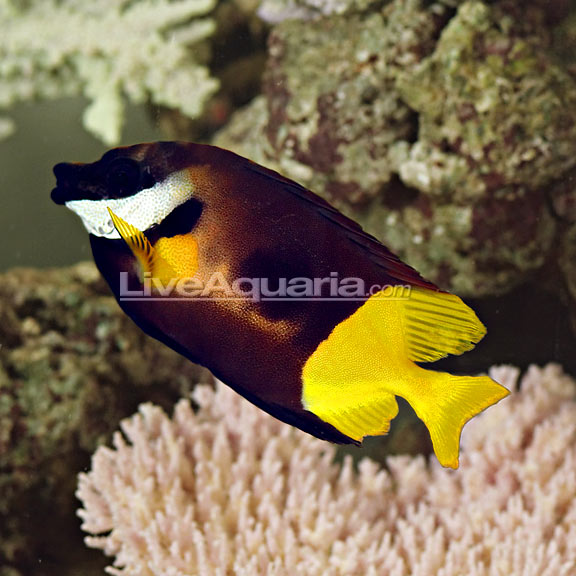 The Bicolor Foxface, also called the Bicolored Foxface or Uspi Spinefoot, has a unique body coloration. The front two-thirds of the body is dark brown in color, and the posterior one-third is yellow.

It requires a 125 gallon or larger aquarium. It is a very peaceful species except when housed with other rabbitfish. Bicolor Foxface may be housed with more aggressive fish. Its predators will tend to leave it alone because of its venomous dorsal spines which it can raise when disturbed. Rabbitfish are generally reef-safe if they are well fed. If not, it is possible for them to nip at and consume some species of LPS and soft corals.