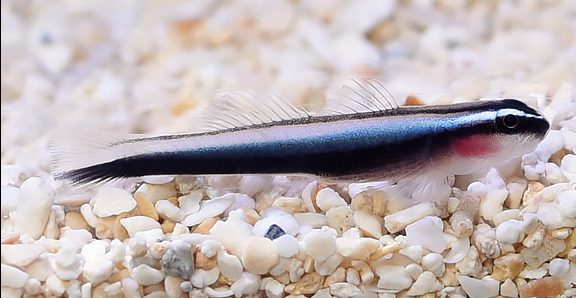 The ideal setup for the Broadstripe Goby is an established 10 gallon or larger aquarium with plenty of live rock and a layer of fine to moderately sized sand substrate. A low aquarium with more horizontal surface area for living space is preferable over a taller one. In addition, a tight-fitting canopy is necessary to prevent the Broadstripe Goby from jumping out of the aquarium. It will rarely become aggressive towards other fish.

The Broadstripe Goby adapts well to reef aquariums. Its diet should consist of a variety of small meaty foods or crustaceans like vitamin-enriched brine shrimp, and finely chopped mysis shrimp. It should be fed at least twice per day.