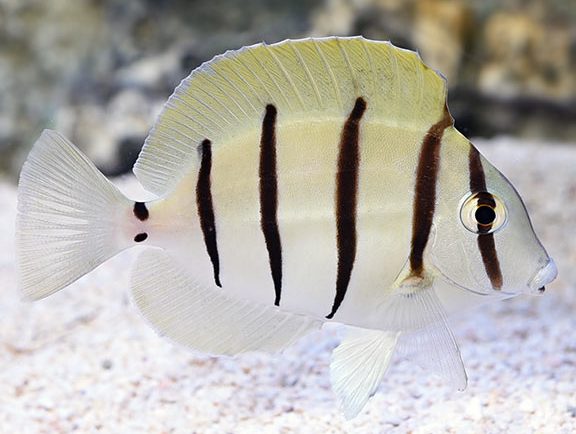 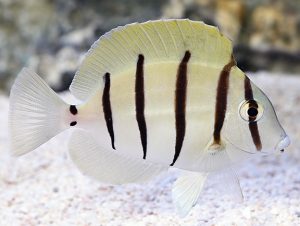 The Convict Tang, also known as the Convict Surgeonfish, has a stunning white to silver body highlighted by six vertical black bars. The peduncle spines (near the tail) are rather small compared to that of other Tangs. A great addition to the reef or fish only aquarium.

It requires a large area in which to swim – at least a 125 gallon aquarium. It should not be included in a tank with other species of Tangs, since they will harass it. It will live peacefully with other Convict Tangs if all are introduced to the tank at the same time.

Convict Tangs have no distinguishing characteristics which will help differentiate males from females. They are very difficult to breed in the aquarium setting because the fry remain in the planktonic stage for months, and are in constant danger from filters.