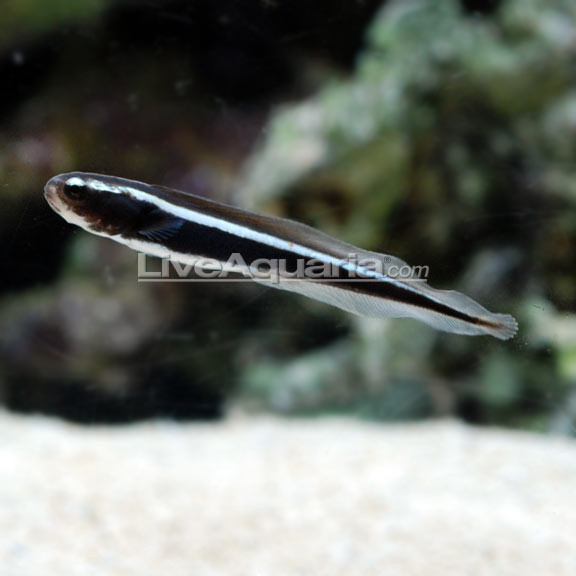 The Engineer goby is also commonly referred to as the Convict Goby. It is in a separate family from the gobies and blennies. Its markings change throughout its life. Consistently, the colors involved are dark blue to black on white. As a juvenile, the markings are horizontal, running the length of the body. With age, they become vertical bands.

It should be kept in a 55 gallon or larger aquarium with a sand covered bottom where it may make burrows. It needs peaceful tank mates and plenty of hiding places. Small groups or pairs tend to do better in an aquarium, but need to be introduced simultaneously to the tank.

The Engineer Goby has been known to spawn successfully in an aquarium setting.

Its diet should consist of a variety of fresh or frozen seafood, brine shrimp, and mysis shrimp. It should be fed at least twice per day.