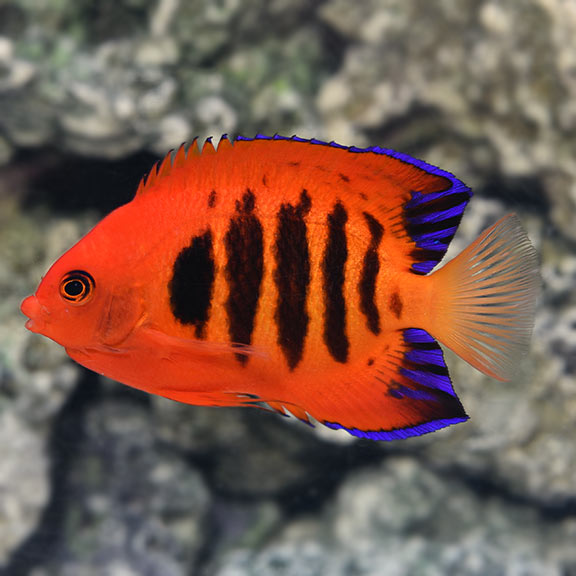 The Flame Angelfish is hermaphroditic, very difficult to breed in an aquarium, and has no distinguishable differences in color between male to female.

The diet of the Flame Angelfish should consist of Spirulina, marine algae, high-quality angelfish preparations, mysis or frozen shrimp, and other high-quality meaty items.