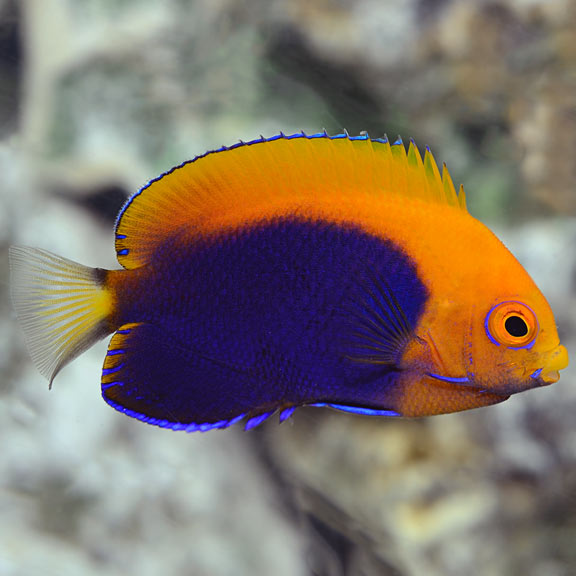 The Flameback Angelfish requires a minimum of a 55 gallon tank with lots of hiding places and live rock for grazing. On occasion, this fish may nip at SPS and some species of polyp corals in the reef aquarium.

The diet of the Flameback Angelfish should include Spirulina, marine algae, high-quality angelfish preparations, mysis or frozen shrimp, and other meaty foods.