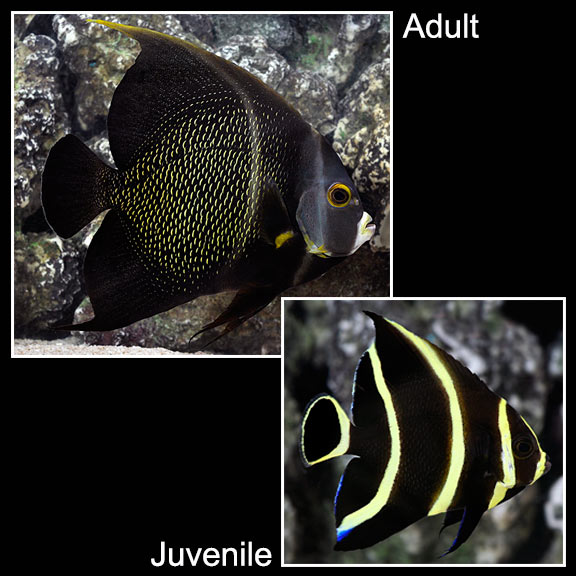 A 250 gallon or larger tank should be provided and include large amounts of live rock for hiding and grazing. Not a good candidate for a reef tank, the French Angelfish has a tendency to nip at sessile invertebrates (soft and stony corals) and clam mantles, and also tends to dominate the tank.

The diet of the French Angelfish should include Spirulina, marine algae, occasional high-quality angelfish preparations with added sponge matter, and mysis or frozen shrimp. It should be fed at least three times daily.