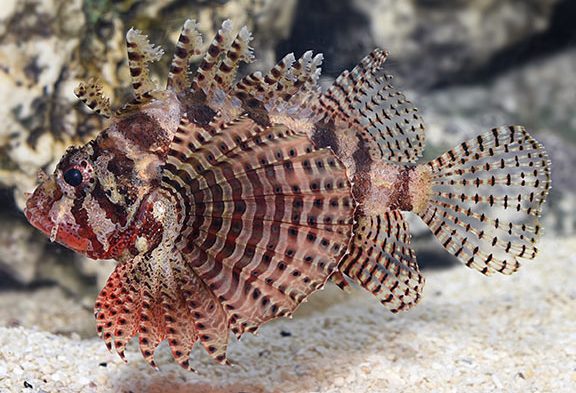 A 50 gallon or larger aquarium with numerous hiding places is suitable. It will hide while acclimating to its new environment. The top spines are venomous, causing reactions similar to a bee sting. The Fuzzy Dwarf Lionfish is a personable fish that quickly recognizes and responds to its owners presence.

When first introduced into the aquarium, live saltwater feeder shrimp should be used to entice this fish to eat. The Dwarf Lionfish diet consists of meaty foods such as live shrimp (including ornamental shrimp), live fish, and sometimes, crustacean flesh.