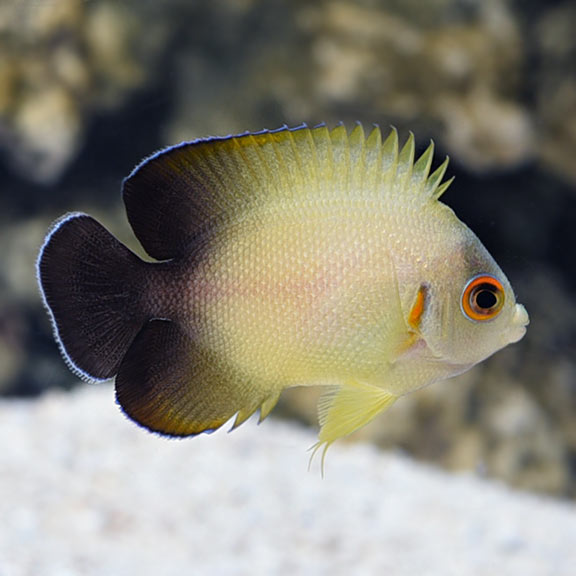 The Half Black Angelfish, like its name is half black and half pearled in coloration.
It requires at least a 70 gallon tank with lots of hiding places. The Half Black Angelfish should be the only dwarf angelfish in the tank. It is not a good reef dweller and may eat soft coral polyps, clam mantles, and zoanthids.

It is very difficult to breed in an aquarium, and has no distinguishable differences in color between male to female.

The diet of the Half Black Angelfish should include Spirulina, marine algae, mysis shrimp along with other meaty fare, and live rock for grazing.